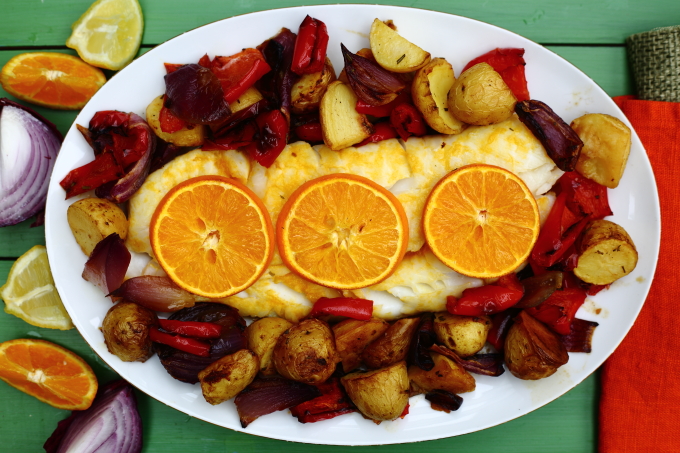 It’s August  and I hope you’re getting a break. More and more evidence suggests that taking a break to relax and recharge is a vital weapon in the battle to age well. A joint study by the Universities of California and Harvard found that a holiday reduces genetic markers linked to stress and the quantity of proteins linked to dementia and depression. The researchers found that a good break can actually change how our genes function. “It’s intuitive that taking a vacation reduces biological processes related to stress, but it was still impressive to see the large changes in gene expression from being away from the busy pace of life, in a relaxing environment, in such a short period of time,” said Dr Elissa Epel, Professor of Psychiatry at University of California, San Francisco and author of the study. ” The even better news was that they found some of the beneficial effects could still be felt a month later.

The links between stress and over-work are clear – a study published in Australia last year showed that over 40s working long hours showed fatigue and stress which could potentially damage cognitive functions. http://www.independent.co.uk/news/uk/home-news/workers-over-40-perform-best-with-three-day-week-25-hours-melbourne-institute-study-a6988921.html The ideal working week for over 40s was around 25 hours – I WISH! A financial impossibility for most of us, but something for governments to consider as they push the age of retirement ever higher. But it does make restful holidays even more vital for those of us working full-time over 40, or 50, or 60….

So here are Kale & Cocoa’s top tips for an age-well August:

RELAX – AND MEDITATE IF YOU CAN: the American study I referred to above found that participants who incorporated meditation into their holidays gained more longer-term benefits than those who didn’t. The team said: “Meditation is one of the ways to engage in restorative activities that may provide relief for our immune systems, easing the day-to-day stress of a body constantly trying to protect itself. The prediction is that this would then lead to healthier aging.” I’ll be firing up my Headspace app while I’m away, but meditation doesn’t have to be all omming and heavy breathing – check out Annabel’s post on longevity hotspots to find out how people living in Blue Zones incorporate a gentler meditative process into their day, simply by admiring the view – something lots of us do on holiday without even thinking about it.

VITAMIN SEA – IT’S REAL:  ‘Vitamin Sea’ is an affectionate reference to mankind’s love of the ocean, but the sea can have real health benefits. Sea swimming has obvious health benefits – great exercise, and great for the skin, but there’s more to it than that. Breathing patterns while swimming, and the weightlessness of water, calm the mind and reduce symptoms of depression and anxiety. In his book, Blue Mind, marine biologist Wallace J Nicholls examines the mildly meditative state we find when we are in, or under, water. He describes how the quality of our thought changes near water and a different brain network activates: one that makes us more relaxed, introspective and innovative.

KEEP EXERCISING:   a recent study by the University of Liverpool shows that a fortnight away from regular exercise is enough to reduce muscle mass and for fitness levels to drop. But that doesn’t mean you have to hit the gym while you’re on holiday. Annabel and family love walking holidays, my family like being near the sea and will often hire kayaks, paddle boards or surf boards to make the most of the ocean waves while we’re away.

BE A CULTURE VULTURE:  you don’t have to spend a month at the Edinburgh Festival (I’ve done that, it’s exhausting) to get a little culture into your summer. Read a book by a new author (and can we suggest The Joyce Girl by Annabel Abbs for your summer reading), catch up on a recent film or drop into a gallery wherever you’re holidaying. We’re heading to Yorkshire to do the Yorkshire Sculpture Triangle http://www.ysculpture.co.uk this weekend. I don’t think my teenage daughters are very keen, but I’ll tell them that the the All-Party Parliamentary Group on Arts, Health and Wellbeing has just launched a report that shows the arts have ‘a significant and positive impact on health and wellbeing’. The three key findings are:

1) The arts can help keep us well, aid our recovery and support longer lives better lived.

3) The arts can help save money in the health service and in social care.

So I’ll be telling my girls that they are helping their parents to age well as we drag them round the sights of Yorkshire!

SOAK UP THE SUN: there’s an increasing body of research that shows we aren’t getting enough Vitamin D. Our indoor lifestyles, and heavy use of sunscreen, mean our bodies aren’t producing enough. Summer is the time to build up our reserves, so if you’re not too fair skinned, give yourself a few minutes in the sun before you slap on the factor 50. We’ll blog more about this in the Autumn.

HAVE A DRINK: if you’re not a drinker, then don’t, obviously. But we’ve made no secret of our enjoyment of a glass of wine, and are always heartened by research that shows it has a positive impact on ageing well. We’re written about it here before. And research from Denmark, published this week in the journal Diabetologia, found that people who drink moderately three or four times a week are less likely to develop Type 2 Diabetes than those who never drink. A glass of red wine appeared to be particularly beneficial as the polyphenols play a role in managing blood sugar. The researchers found that a woman’s risk of diabetes was reduced by 32%, and a man’s by 27%. In the summer months, Kale & Cocoa are partial to a lightly chilled glass of pinor noir, for its high polyphenol content.

EAT WELL: summer’s the time to make the most of local, seasonal produce – with fresh fruit and veg in abundance. There are LOADS of great summer recipes on the blog, but here are a few of our favourites: peach and mozzarella salad with smoked almond pesto; spicy spelt salad; barbecued fish tacos; chilled avocado and cucumber soup and very berry lollies.

And if you’re near the sea, you’ll be near good fish. This week’s recipe makes use of fresh fish, and is a great one-pan wonder that will feed a crowd. It’s so simple to prepare, you’ll have plenty of time to enjoy the view, or a good book, while sipping a healthful glass of chilled pinot…

Half the potatoes, core and chop the red peppers into large cubes, peel and chop the onion into six wedges. Mix all the vegetables together in a large roasting pan (that will hold them in one layer), toss with oil, rosemary and lots of salt and pepper. Roast in the hot oven for 30 minutes or until the potatoes have softened (but aren’t completely cooked through) and are golden.

Meanwhile, put the orange juice in a small pan, season well and simmer for around 10 minutes, until thick and syrupy. When the potatoes are almost done, take the pan out of the oven and carefully lay the fish on top of the vegetables. Brush generously with the orange syrup. Arrange the orange slices on top and put the lemon wedges into the pan too. Return to the oven for 10 minutes, until the fish is just cooked through. Serve with a green salad.

Annabel and I are off on our hols now too, but we’ll be back in September with more updates from our mission to age well and eat well.

« HOW TO LIVE HAPPILY EVER LAUGHTER & FARRO SALAD WITH EGGS AND SMOKED MACKEREL
WALK FASTER, EAT MORE PLANTS AND LOOK AFTER YOUR TEETH (AGAIN) – WHAT WE LEARNT THIS SUMMER »