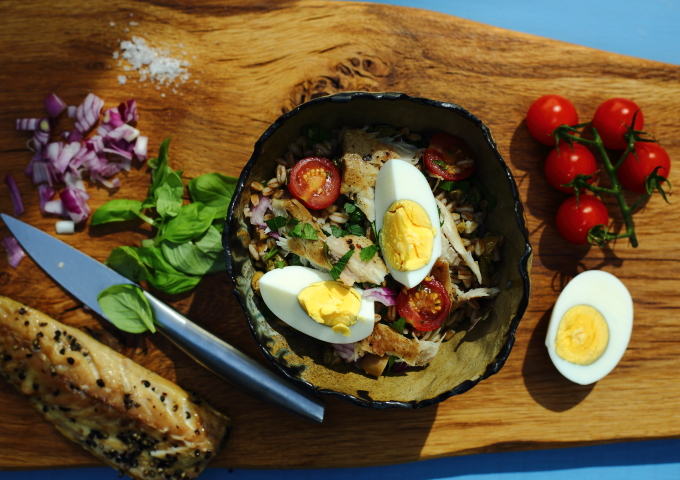 A few weeks ago I had dinner with one of the UK’s kings of comedy. Charlie Higson, writer, producer and comedian in shows like Saturday Live, the Harry Enfield Programme, Reeves and Mortimer and The Fast Show, had us all in stitches. After a while, we were laughing before Charlie even opened his mouth, almost in anticipation. Laughter does that – it spreads until even the blandest of things becomes stupidly funny.

Later the conversation moved on to programmes and films that make us laugh. Several of us confessed to hoarding comedy clips and watching them repeatedly… Just like children… And children are our roles models when it comes to laughter. Researchers have found that children laugh (on average) 300 times a day while adults laugh a measly 17 times a day.

But one person at dinner confessed to watching comic clips as a form of stress relief – and this intrigued me. Could laughter have a physiological impact on our health and wellbeing? Could it be another overlooked tool in our Age-Well kit bag? Later that night I began my usual google investigations, finding reports and studies linking laughter to better immunity, improved mood, reduced stress and even improvements in rheumatoid arthritis. It’s not all cutting edge – a seventeenth century British physician, Thomas Sydenham, famously said “The arrival of a good clown into a village does more for its health than 20 asses laden with drugs.”

Since then, a study from Oxford University found that laugher releases endorphins which dull pain.

Leeds University found that a good laugh helped a sample of 337 people with leg ulcers to heal more quickly. Laughter, it seems, gets the diaphragm moving which then gets blood flowing round the body.

Vanderbilt University found that laughing reduced weight. Its study discovered that people who laughed for 15 minutes a day lost an additional 2 kilos over a year.

A study from Loma Linda University revealed that laughter cuts the secretion of stress hormones while enhancing immunity not just during the time we laugh but for up to 24 hours afterwards, in certain individuals. Moreover these effects start with the anticipation of a good laugh. In other words, merely knowing you’re about to have a comic experience reduces stress and builds immunity.

Research from the University of Maryland Medical Centre suggested that laughter could also reduce the risk of cardiovascular disease, while other reports show that watching funny films can reduce the symptoms of long-term stress (now a recognised contributor to viruses and tumours).

A Japanese study reported in Rheumatology found that laughter reduced the pro-inflammatory cytokines in rheumatoid arthritis that cause the joints to swell and become stiff and painful.

So how does the science work? As ever, researchers still don’t really know. But it appears that when we have a good laugh, a wave of electricity sweeps over our cerebral cortex, the outer layer of our brain, making laughter a ‘full-cortex’ experience and explaining why it has such a profound psychological and physiological effect on us. This, in turn, appears to: activate cells which kill invading micro-organisms; increase production of immunity boosting gamma interferon; speed up production of new immune cells; trigger endorphins; and reduce the stress hormones, cortisol and epinephrine. All of which is good for us.

Laughing, of course, is often a social experience and we know that social engagement is vitally important as we age. There’s a great TED talk on the role of laughter in creating shared experience at https://www.ted.com/talks/sophie_scott_why_we_laugh

So how do we get more laughter into our lives?

One laughter guru (in America there are professionals solely focussed on laughter – don’t you love that?) suggests we have ‘humour corners,’ somewhere in your home where you keep funny books, DVDs, slogans. But before that, you need to work out what makes you laugh (your ‘humour profile’ as the laughter guru calls it). Not everyone has the same sense of humour. Mr Kale & Cocoa cries with laughter at those eye-rollingly ridiculous stag night movies, while I’m more of a Michael McIntyre girl. This McIntyre compilation always makes me laugh https://www.youtube.com/watch?v=nHSusQkWYQ0. I love a funny book too. Cooking with Fernet Branca by James Hamilton-Paterson had me laughing so hard, Mr K&C moved to the spare room.

Other suggestions include visiting comedy clubs, trying a session of laughter yoga, playing funny games (we love the Hat Game), or listening to comedy on radio.

But if this sounds too much work, you can fake it. Simply pulling your face into a smile or laugh has been proven to make us feel better. Try it and see… And if you have any suggestions for spreading laughter around, please share them. We’d love to hear from you.

I’ve become rather obsessed with this salad, since discovering a version of it in an Italian cookery book. My family have been eating it night after night – no complaints so far! It takes ten minutes to assemble and you can play around with it to make it your own. I do a blander version for my son who has an aversion to capers and olives. I don’t need to explain the nutritional value of oily fish, eggs, wholegrains and tomatoes, but you might like to add a leafy green salad to create a meal that ticks every nutritional box. If you don’t like mackerel, feel free to use tinned or fresh tuna.

Cook the farro according to the packet instructions (I like the quick cook farro that takes 10 minutes). Hard-boil your eggs now. Drain both and set aside.

Drain and roughly chop the capers and olives. Dice the onion. Tear or chop the basil.

Mix the farro, capers, olives, onion and basil. Pour over a generous amount of olive oil (around 2-3 tbsp) and season. Flake the smoked mackerel fillets and arrange on top. Peel and quarter the eggs and arrange in between the mackerel.

Have a wonderful (and laughter-filled) summer, wherever you are…