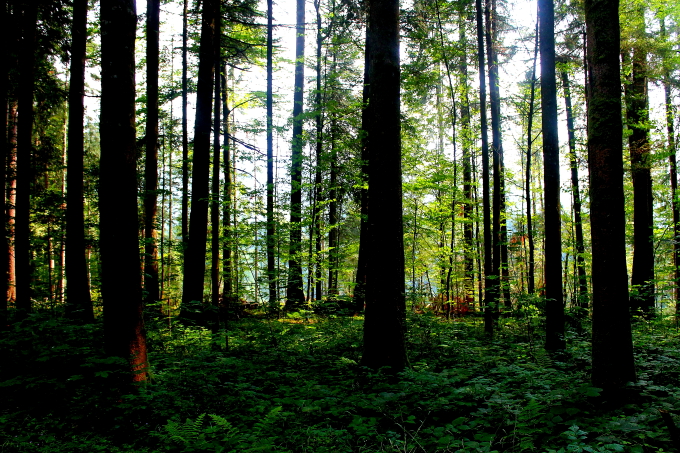 Do you have time in the countryside planned this summer?   I hope so. If not, find a bit of green space nearby (city parks are great) and aim for some Green Time every day. We’ve been singing the praises of trees and the great outdoors for some time now, but in the last few weeks two more reports have appeared, not only confirming what scientists have already discovered but revealing exciting new data with implications for ageing. If these reports don’t convince planners to allocate more space for parks, trees and general greenery, I don’t know what will.

Scientists at the Barcelona Institute for Global Health found those living in neighbourhoods with green space suffered less cognitive decline. 6,500 people in the UK – aged 45 to 68 – completed extensive cognitive testing over a period of ten years. The results were then analysed and correlated with satellite pictures showing the amount of green space in their neighbourhoods. Those living with abundant greenery had slower cognitive decline than those who lived in more urban areas. This could be explained by many things, as the study’s author said: “There’s evidence that risk of dementia can be affected by exposure to …air pollution and noise.” It’s also possible that those living near green spaces are more active, more likely to have dogs and spend time gardening, for example.

The second report comes from my alma mater, the University of East Anglia (UEA), which has long been a leader in environmental research. Like the Barcelona study it found that time spent close to nature had significant and wide-ranging health benefits, including: a reduced risk of type 2 diabetes, cardiovascular disease, premature death, high blood pressure and stress. Increased sleep duration was also reported by those living with more green space.

UEA researchers studied data from 140 studies involving more than 290 million people across 20 countries including the UK, the US, Spain, Australia, Germany and Japan (the Japanese are pioneers in researching the impact of trees on health, see our previous posts on forest bathing and phytoncides). Across the world, those living with more green space reported better general health than those living with less green space.

“One of the really interesting things we found is that exposure to green space significantly reduces people’s levels of salivary cortisol — a physiological marker of stress,” explained lead researcher, Caoimhe Twohig-Bennett. “This is really important because of the…working days lost annually due to stress, depression or anxiety.”

It’s also important for our Age-Well Project because stress has a profound effect on how well we age and is often at its highest in mid-life as we juggle career, families and elderly parents – precisely the time when we need to be establishing good Age-Well habits for ourselves.

As ever, scientists aren’t sure why greenery has this effect on us. Is it the exposure to the extra bacteria (which could boost immunity and reduce inflammation)? Is it the phytoncides released by trees? Is it the opportunities for physical exercise provided by green space? It may even be the colour green itself: fascinating research-in-progress from the University of Leeds has found that colour affects heart rate, blood pressure and mood – more to come, watch this space. In some ways it doesn’t matter why being in green space is good for us (and for society – we already know that greenery reduces crime and accelerates recovery from illness, amongst other things). What matter is that we have hard evidence for something that, until now, felt instinctively right.

I’ve spent the last two weeks hidden away in the country with my children – we sleep better, we’re less prone to coughs and colds, we’re calmer. Waking up to rolling fields (although more brown than green at the moment!), to swallows snipping at the air, to the soft coo of a wood pigeon is heavenly. As is falling asleep to the hoot of an owl and the soughing of the wind in the trees.

When I’m in London I make myself walk for at least ten minutes every day in my local park. I also make a point of leaving the city at least twice a month, if only for a day’s hike in the countryside. Our summer holiday this year is a week of walking in the German foothills of the Alps. Lots of green, lots of exercise and plenty of beer to keep Mr Age-Well happy.

We’re off until September now. So enjoy your summer, bank some Vitamin D and spend a little time somewhere gloriously green (if you can find it in this heat-wave!). We’ll be back in September…

‘The health benefits of the great outdoors: A systematic review and meta-analysis of greenspace exposure and health outcomes’ was published in the journal Environmental Research on 6 July.