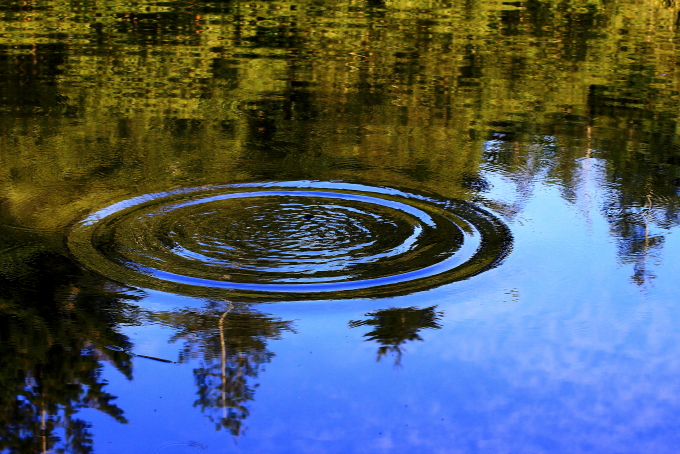 Three weeks ago I walked (backpacked actually, yes even at my age!) alone from Bordeaux to Toulouse. I cheated a bit and took a couple of trains, but I still clocked up between 20 and 35 kilometres every day, with a large pack on my pack.

I’ll admit: I was very nervous before I left. Obviously I didn’t tell anyone this. I didn’t really admit it to myself.

By the time I boarded the plane, I was a wobbling jelly.

Perversely, I went on to have one of the calmest and most contented periods in my life. So when I returned to headlines about the soaring use of anti-depressants in the over 65s, a few thoughts struck me. As it’s World Mental Health Day, I’m sharing them.

My first suggestion to anyone feeling a bit flat or even deeply depressed is this: leave the house and walk. The evidence for countering depression and anxiety with exercise is as conclusive as it’ll ever be. Exercise makes you feel better. In every way.

My third suggestion: Go for three days, if you can. The American science journalist, Florence Williams, researched the optimum time for reaping the full effects of the so-called nature cure and the answer is… three days. Experiments with people suffering trauma and PTSD have shown that three days in the wilderness is all it takes to make a significant difference to one’s mood.

My fourth suggestion: Forget Google maps and take an old-fashioned paper map. Using a map (I’ll write more about this in the future) works the place cells in our brain – cells that some neuroscientists believe are withering as a result of our dependence on Google maps. Anyway Google maps doesn’t work off-grid, as I found!

My fifth suggestion: Follow water. I followed a river and a canal, but a coast path would be just as good, possibly better. And it was partly this that made me feel so serene and joyful.

Why? Because water has a huge capacity to restore our mood. There’s mounting research that time spent beside the sea and close to water makes us feel better. Scientists call it ‘blue space’ (as opposed to ‘green space’). The science of blue space only began in earnest five years ago, but early results are coming in.

A 2017 meta analysis of 35 studies concluded that landscapes containing water offer ‘potential health benefits… mainly with respect to mental health and well-being.’ A 2016 study from the University of Exeter found that people living near the coast were ‘generally healthier and happier than those living inland.’ A 2015 study found that older women completed longer and more strenuous exercise programmes when looking at water. A 2018 study from Hong Kong found that people who spent more time near water reported greater feelings of happiness and less depression, reflecting an earlier Irish study that found older adults living with a sea view also had less depression. A study from New Zealand found that the more people looked at the sea, the better their mental health became, a finding that wasn’t replicated with green space without water.

Most recently of all, a study published last week involving data from nearly 26,000 people – and one of the most detailed investigations ever into the well-being effects of being beside the sea – found those living within a kilometre of England’s coastline, particularly those in the lowest earning households, had better mental health than those living inland.

How can this be? Well, theories abound. The popular theory of biophilia suggests that we relax when we’re close to water because we know that we’re less likely to die when water and food (fish) are present.

Some researchers suggest that the Omega 3 fatty acids present in oily fish and shell fish played a vital role in the development of the human brain and that we’ve consequently developed a preference for a watery environment.

Some more maverick researchers have suggested that water – the sea specifically – produce bacteria that enhance our immunity.

Other researchers speculate that less cognitive resources are required when we’re in blue and green spaces, so our minds unwind more easily resulting in greater feelings of well-being. We gaze out at the sea/lake/river and our minds empty in a way that partly mimics meditation. This one’s known as Attention Restoration Theory.

It’s usually quieter beside water too (we wrote about the consequences of living with urban noise here). And of course there’s less pollution, which was linked to depression and bi-polar disorder in a report published in August.

I found following a river and canal very meditative. It also had practical benefits (as does a coastal path) in that I couldn’t get lost. I did get lost – but that’s another story and not the fault of the river! River paths aren’t too deserted either: fishermen and passing boats meant I didn’t feel entirely disconnected from the world.

And the backpack? No problem at all. Quite the reverse – I was so exhausted I slept like a log every night, which meant I was fully recovered the following day. And we all know how beneficial a good night of sleep is (lack of sleep has also been linked to depression).

One final suggestion: eat a Mediterranean diet. We’ve written about this before too but there’s growing evidence that good food improves mood and a report published yesterday found that
‘Modifying diet to reduce processed food intake and increase consumption of fruit, veg, fish and olive oil improved depression symptoms in young adults… these findings add to a growing literature showing a modest change to diet is a useful adjunct therapy to reduce symptoms of depression’. So said researchers from Australia Macquarie University after an experiment involving 76 depressed participants.

After all this research I serendipitously found myself sitting next to a doctor at dinner the other night. He told me he’d been taking anti-depressants for twenty years. ‘We’re not living the lives our bodies were designed for,’ he explained. ‘Our bodies and brains just aren’t happy in the modern world. It’s the curse of modernity.’

Find a river. Or a coastal path. Or a canal. Follow it. Throw off the curse of modernity, if only for a long weekend.

« WHAT WE NEED NOW: COLD SHOWERS AND WARM RECIPES
WHY WE’RE CELEBRATING MENOPAUSE »