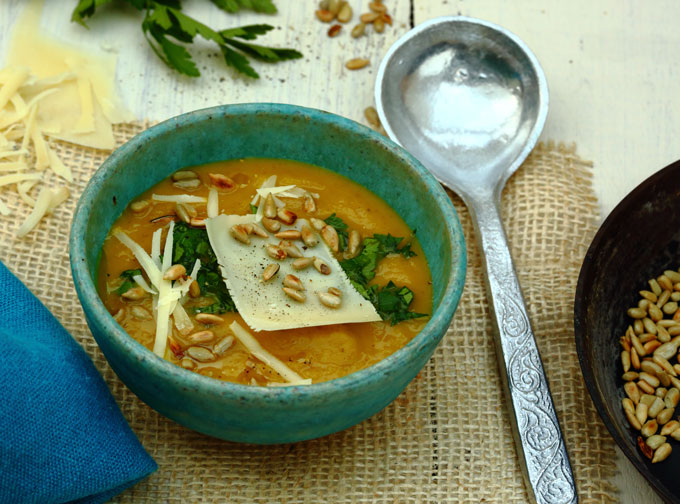 You know that healthy glow Swiss people always have?  Well, it turns out their über radiance comes not from the pure Alpine air they imbime, nor from their relentless hiking and ski-ing in sub-zero temperatures. Oh no – nothing as dramatic as that! It’s actually the cheese they eat.  Yes, I know we’re all supposed to be following a Mediterranean Diet with reduced dairy, but hear me out. Swiss-style cheese (Emmental in particular) is the only natural source of an essential strain of gut bacteria known as Propionibacteria freudenreceichii (no, I can’t say it either!).  This bacteria releases propionic acid – the favourite food of all seven strains of another gut bacteria called Bifidobacteria.

Why is this important? Because Bifidobacteria are the most significant bacteria in our gut – and those most difficult to cultivate with supplements or by eating copious amounts of yogurt.  So we need to nurture and feed those we already have.  People eating 100g of Swiss cheese a day for two weeks were found to have an 800% increase in total Bifidobacteria levels.

We’ve written about microbiota (gut bacteria) before, but since then another slew of research has appeared confirming the gut as the hottest area in nutritional science.  Barely a week goes by without another gut discovery (this week Cornell University revealed how probiotics were helping diabetic rats). You can keep tabs on this at one of our favourite websites http://www.gutmicrobiotawatch.org/ or sign up to the Kale & Cocoa weekly bulletins and let us do the work.

But the reason we’re so interested in all-things-gut is because what happens in our gut today could very well determine how we spend our twilight years. How we treat our intestines now could dictate how easily (or not) we succumb to everything from autoimmune diseases (where the gut link is almost incontrovertible) to mental health (several studies show a connection between the gut and depression, anxiety and schizophrenia) and cognitive decline (see Susan’s last post where good gut flora is listed in Dr Bredesen’s ten-point blueprint for ageing). Anyone with an autoimmune disease – which includes me – needs to pay special attention to their gut, particularly after a period of over-indulgence like Christmas.  Excessive refined sugar and carbs throw our microbiota into imbalance (a condition called Dysbiosis) by feeding up the armies of bad bacteria that normally co-exist with the good flora.  Dysbiosis has been linked to IBS, poor immunity, constipation, bloating, allergies, obesity, chronic fatigue syndrome, colon cancer, yeast infections, as well as the autoimmune diseases I mentioned earlier (scroll down if you’re not sure what an autoimmune disease is*).

Why is this important as we get older?  Because our gut bacteria diminish as we age.  Yup, that’s right – just when we need them most, they die on us!  But we can take heart from a Finnish study that found elderly people who regularly consumed Swiss-style cheese lived longer than those that didn’t.  Which brings me neatly back to today’s recipe – a pairing of powerfully-prebiotic Swiss  cheese (raw cheese is also a probiotic which makes this a double whammy for your Intestinal Tract) and even more potently-prebiotic, in-season Jerusalem artichokes.  It’s a brilliantly tasty combination that all my family enjoy (yes, we love cheese but I’m ditching the ubiquitous pasteurised Cheddar for Swiss-style cheese this year).  The inclusion of carrots makes it much less ‘windy’ than the classic Palestine soup, while the leeks provide additional food for your gut bacteria (gut-fanatic, Jeff Leach, eats a leek a day) and the sunflower seeds add crunch and anti-inflammatory Vitamin E.  Nothing more arduous required than a bit of chopping, blending and grating…And when it’s freezing outside, hot soup is exactly what I want!

If you’d rather not eat Swiss cheese, check out a French prebiotic called Sécuril which does exactly the same thing (http://www.nhwc.co.uk/shop/securil/prod_305.html) and comes highly recommended by Doctor Culp from London’s Natural Health and Wellness Centre – who’s used it to successfully treat my friend’s son for food allergies and alopecia.

But if you’d like to go the cheese route, here’s what you need to know:  go for Swiss Emmental.  If the label carries those words, it’ll be made of raw (unpasteurised) milk to the exacting standards required by the Swiss authorities.  If it’s not called ‘Swiss’, check the label.  Chances are it’ll be made from pasteurised milk and that means no living bacteria. It’ll still work as a prebiotic but it won’t have the double whammy effect of being both pre and probiotic. Most supermarkets sell Swiss Emmental or Gryuère.  Better still, visit your local cheese shop or Deli.

*Autoimmune diseases (of which there are almost 100, many chronic and life-threatening) are caused when the immune system mistakenly attacks healthy cells. They include Lupus, Inflammatory Bowel Disease, Multiple Sclerosis, Graves’ Disease, Type 1 Diabetes, Rheumatoid Arthritis and Psoriasis.  See a full list at http://en.wikipedia.org/wiki/Autoimmune_disease

Roughly chop the vegetables and throw them into a tablespoon of your preferred oil (I like rapeseed – its slightly nutty flavour complements this soup but olive oil would be fine too). Stir for a minute or two. Add the whole garlic cloves (skin removed) and the stock.  Simmer for 30 minutes, or until the vegetables are cooked.

Blend the soup ‘til smooth and serve topped with parsley, toasted seeds, Swiss cheese and a drizzle of your favourite oil.