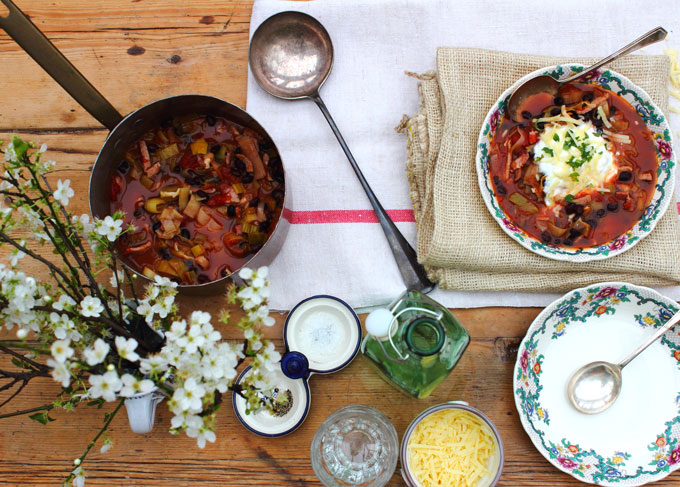 There’s nothing like spending time in hospital to remind you why health matters.  But when my second daughter was hospitalised with a burst appendix two weeks ago, it wasn’t degenerative disease on my mind, but gut bacteria.  Five days of triple intravenous antibiotics, followed by twelve days of aural antibiotics, had me straining for my laptop – and my gastroenterologist.

My knowledge of the gut is pretty good.  But already I’ve fallen behind – probiotics have attracted more research in the last few years than almost any other medical subject.  And for once, researchers sing from the same hymn sheet.  Gut bacteria, they tell us, is the missing link in the wellbeing jigsaw.  And everything, it seems, may come back to the gut.  Recent research has linked gut microbiota to obesity, type-2 diabetes, stress, mental illness, autism and behavioural problems, IBS and IBD, Alzheimer’s, Parkinson’s, heart disease, immunity, skin condition and colon cancer.

We all know the best probiotic foods (yogurt, sauerkraut, miso, probiotic drinks and so on) but recent studies have shown that not all probiotics are worth the money (check out http://www.telegraph.co.uk/science/11090392/Why-claims-for-good-bacteria-drinks-may-be-difficult-to-stomach.html).  And you can forget the good stuff in miso soup too – it simply can’t survive temperatures over 40 degrees. More importantly, probiotics alone just won’t cut it.  A recent study showed that those given a diet high in prebiotics had a much higher subsequent bacteria count than those given only probiotics.  Prebiotics feed the probiotics.  So you can ingest all the probiotics under the sun, but if you don’t feed them with plenty of prebiotics you’re wasting your money.  Read about the study here: http://www.bbc.co.uk/sn/humanbody/truthaboutfood/healthy/prebiotics.shtml

My daughter doesn’t have time to fiddle around with yogurt that may or may not work.  She needs the big guns! The quickest and most effective way to replenish gut bacteria is to buy a month’s supply of VSL3 (each dose contains 450 billion live bacteria)*.  It’s not cheap but it’s the only way to fill your digestive tract without the microbiota being destroyed on route. After a week of this, start feeding your new microbiota with prebiotics.  If you want to know more about prebiotics, the guru is scientist, Jeff Leach, who founded The Human Food Project (http://www.eatingwell.com/nutrition_health/nutrition_news_information/how_good_gut_bacteria_could_transform_your_health).  How does Jeff keep his microbiota up?  He eats a lightly cooked leek every day and aims to eat 20-30 plant-based foods a week.

The foods with the most prebiotic content are: Jerusalem artichokes, leeks, onions and garlic, dandelion leaves, bananas, asparagus, apples (but not just any apple – a recent report showed Granny Smiths to contain more prebiotic material than most other shop varieties), oats, broccoli stalks, honey, and whole grains  – and raw is best.   Combine a prebiotic-rich diet with a shot of VSL3, and, as Edmond Huang, a metabolic biologist at the University of California, says “you may begin to see improvements in a matter of days or weeks.”

So  we’ll continue to breakfast on Susan’s delicious porridge pancakes with sliced banana, raw honey and a dollop of probiotic-rich yogurt (choose one with a minimum of three bacterial strains and if it doesn’t identify them on the carton, don’t buy it).  But after that, my daughter needs seriously prebiotic veg – and that means wheeling in the kings of the prebiotic jungle:  Jerusalem artichokes, leeks and onions… preferably raw!  I’ve been unable to lay my hands on any Jerusalem artichokes  (they’re only  just  coming into season) so, for now, my daughter’s eating a daily slaw of grated raw carrot, apple and thinly sliced leek followed by lots of leek and onion soups with plenty of garlic and whole grains.

The following recipe was given to me by another Mum who picked it up while on a ‘cooking for cancer’ course in the US. It’s a firm favourite in my household and it’s what I fed my daughter on her first evening out of hospital. I suspect it’s a family favourite because it contains bacon and tomato ketchup – and what child can say no to those?

Fry the thinly sliced leek in a splash of olive oil or 1/2 tsp coconut oil, with the crushed garlic. After five minutes, add the chopped bacon.  Five minutes later add the chicken stock and bring to simmering point.

Add all the remaining ingredients.  Cook for a further five minutes until hot. Check seasoning and add if required.

Serve with a blob of yoghurt and plenty of grated cheese.

*At Kale and Cocoa we are totally independent and receive no income of any sort for any product we mention – ever! VSL3 was recommended by my gastroenterologist.  It must arrive in a temperature controlled package, so I’d recommend only buying from sources that guarantee this (ie direct from the manufacturer.)