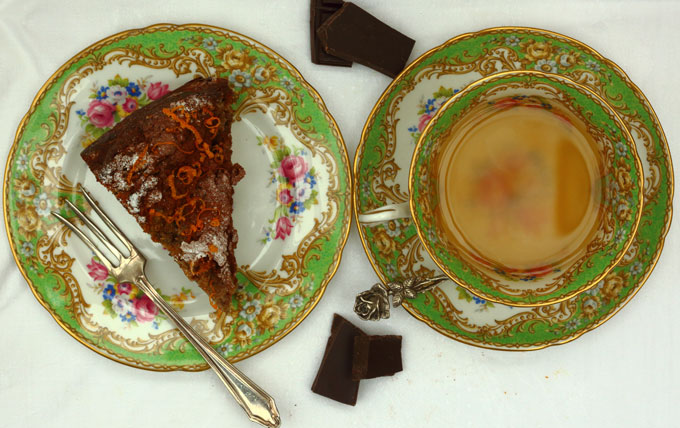 It’s official – fat is good for us!  This week’s British Medical Journal tells us that a diet of ‘real food’ containing plenty of natural fat could be the key to living a long and healthy life.  Wowza!  Where did that medical u-turn come from? Apparently our obsession with low-fat food has contributed to the surge in obesity of the last thirty years.  And all because of some outdated surveys involving male-only samples (catch up here if you missed this week’s news http://openheart.bmj.com/content/suppl/2015/02/06/openhrt-2014-000196.DC1/openhrt-2014-000196_PRESS_RELEASE.pdf). We don’t like to brag at Kale & Cocoa (ahem!) but we never liked that low-fat stuff anyway. So it’s Goodbye low-fat, processed food … Hello cheese, cream – and chocolate!

The findings come just ahead of Valentine’s day, one of the biggest days in the chocolate calendar.  Why do we buy chocolate on Valentine’s Day?  Because chocolate contains phenylethylamine (PEA), the same chemical your brain creates when you fall in love. PEA encourages your brain to release endorphins, which is why eating chocolate (roughly 40 grams a day is ideal apparently) not only makes you feel happier but has been proven to reduce stress (and who doesn’t need help with that?).

Chocolate and cocoa were rarely out of the nutritional news last year. And 2015 promises to be no different with a January study already demonstrating the role of cocoa flavanols in preventing cognitive decline (http://www.medicalnewstoday.com/releases/287697.php). Other recent findings have linked chocolate to migraine treatment, improved cardiovascular health (another reason to eat chocolate on Valentine’s Day), reduced inflammation in the lower intestines, lowered blood pressure, reduced risk of colon cancer, strengthened cell membranes, protection from liver damage and disease, prevention of blood clot formation – and so forth.  This is because the cacao bean is positively brimming with anti-oxidants. On the ORAC scale (the measure used by scientists to determine the anti-oxidant content of food), raw cacao beans are amongst the highest scoring foods ever tested (above blueberries and acai berries, for example).

But we’re not talking about any old chocolate.  A Mars bar or a Flake ain’t gonna cut it.  Medical advice says go dark – above 70% cocoa solids (I’m rather partial to 85%). But even then you can’t be sure of the flavanol content, which seems to vary wildly from brand to brand, and sometimes even batch to batch (because the chocolate refining process strips cocoa of its naturally occurring antioxidants in different ways, I’m told). And then there’s the raw vs processed debate.  Most chocolate is made by roasting the beans at a very high temperature.  Raw chocolate can’t be heated above 45 degrees – enabling it to better preserve its nutrients (which also include hefty doses of iron, calcium, zinc and magnesium).

Fortunately I have a good friend who’s both a well-known chocolate expert/writer and a judge of the annual International Chocolate Awards (check out her blog at www.chocolatecouverture.com).  And what Cat Black doesn’t know about chocolate isn’t worth knowing.  So when all the information on flavanol content got too much, I took her advice and bought a bar of Pacari Raw 70% which she describes as the gold standard for raw chocolate and which took the gold medal at the 2012 International Chocolate Awards (not for the Raw Chocolate category but against all 70% dark chocolate). And yes, it was good! But Cat also stresses that many artisan brands are likely to be as high in the original nutrients of the cacao bean as any of the chocolate marketed as ‘raw’ or ‘healthy.’  Some of her favourite British artisan chocolate makers include Duffy Sheardown, Pump Street Bakery and The Chocolate Tree.  Our family favourite, however, is the more readily-available, Sussex-made Montezuma. And in our (unscientific) blind tastings, raw chocolate was deemed a little less palatable than regular chocolate. Meanwhile, Susan has a soft spot for chocolate-covered goji berries from The Raw Chocolate Company.

So if you just love dark chocolate, I wouldn’t worry about the anti-oxidant content.  Just keep eating the stuff. But if you’re particularly keen on reaping the maximum health benefits, I’d suggest raw, organic and/or artisan brands (ideally all three) rather than the mass-produced Lindts and Meniers of this world.

The Valentine’s Chocolate, Chestnut and Orange Cake below is beautifully moist, flavoursome and seasonal (think vastly superior Terry’s Chocolate Orange).  It works either as a dessert (served with thinly sliced oranges and creme fraiche) or plain with an afternoon cuppa. And the next best bit?  It takes ten minutes to prepare … Now get cooking, revel in the butter content (because now we can!) – and feel the love…

Separate the eggs.  Stir the yolks into the honey.  Add the butter and chestnut puree and mix thoroughly.

Whisk the egg whites (I normally leave them to whisk in my Kitchen Aid while I’m doing the other bits of chopping and mixing) until they’re in stiff peaks.

Fold the egg whites carefully into the chocolate-chestnut mixture making sure you don’t lose all the air.

Cook for 1 hour or until a skewer comes out clean. Leave to cool completely in the tin, then turn out and decorate with sifted cocoa powder, icing sugar and extra orange zest if you like.

This cake gets better and better – so it’s a good one to make a day in advance.

Wishing you all a lovely and chocolate-replete valentine’s day!