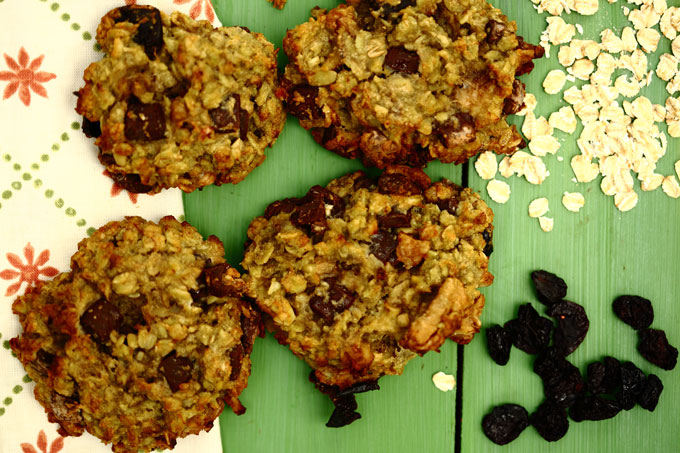 We called our blog ‘Kale & Cocoa’ for a reason – while we love the health benefits of kale, we love a bit of chocolate too. So yet more evidence that chocolate is good for us is a bonus!

I have to say that 100g is a lot – providing around 500 calories, roughly a quarter of our recommended calorie intake for the entire day. While I’d happily eat nothing but chocolate all day, I do appreciate that I need to be eating a rather more varied diet. But it’s a good excuse not to stint on chocolate consumption!  (More on the power of chocolate here).

And there’ s been even more good news for chocoholics in recent  weeks – a review paper published in the Journal of Alzheimer’s Disease suggests that chocolate contains nutrients which could prevent age-related neuro-degenerative disorders like Alzheimer’s.

Leading author of the review was Dr Giulio Maria Pasinetti, professor of neurology at the Icahn School of Medicine at Mount Sinai in New York. He has previously worked on studies which have shown that some forms of cocoa extract could reduce the risk of dementia (in animal testing).

These studies focussed on chemical compounds in cocoa known as polyphenols. These  were found to help clear harmful proteins which collect in the brain, and can cause Alzheimer’s.

The researchers say “We found that one of the polyphenol metabolites, quercetin-3-O-glucoside, is capable of crossing the BBB [blood-brain barrier], accumulating in the brain, and modulating [beta-amyloid] neuropathogenic mechanisms.”  Which I translate as ‘chocolate is good for you’. Essentially, compounds within cocoa can cross into the brain and have a good spring clean. They are talking about cocoa extract rather than bars of Dairy Milk – and there is a lot of research to go – but the polyphenol point is interesting.

So what are these polyphenols? They are micronutrients in our diet, found widely in plants and have an anti-oxidant effect. They protect plants from ultraviolet radiation and infection – and, increasingly, research shows they protect people from a wide range of diseases, particularly heart disease. There’s a very scholarly article here http://www.ncbi.nlm.nih.gov/pmc/articles/PMC3513903/

You may not have heard of polyphenols but you’ll be familiar with the taste: they are astringent and are found in high quantities in fruits like grapes, apple, pear, cherries, pomegranates and berries . Tannins – which give tea, chocolate and red wine their distinctive flavour –  are a subset of polyphenols. It’s interesting that wine is a rich source of these health-boosting anti-oxidants. This week the National Institute of Health and Care Excellence (NICE) issued guidance suggesting that drinking any alcohol AT ALL in middle age increases dementia risk. Which presumably means that the health benefits of red wine don’t outweigh the overall problems caused by alcohol consumption. All rather depressing. http://www.nhs.uk/news/2015/10October/Pages/Warning-about-middle-aged-drinking-and-dementia.aspx

But there are other drinks which provide a rich source of polyphenols. Annabel has written about juices here  and I like  matcha tea  – a form of green tea from Japan. It comes in powered form, and is mixed with water to create a solution, rather than being steeped like traditional leaves. Ingesting the whole leaves make matcha a more potent source of nutrients than steeped green tea. It’s high in caffeine – it’s caffeine levels are more like coffee than traditionally steeped green tea. I don’t drink coffee as I find the caffeine hit too strong, but drinking matcha makes me feel alert rather than wired. Make it with hot – not boiling – water and keep stirring or the powder all sinks to the bottom of the cup (traditionally it’s whizzed up with a bamboo whisk). Or bake with it – so read on for a recipe that combines chocolate and matcha for a polyphenol boost.

I buy matcha at health food shops or online – it’s not cheap but a little goes a long way and it’s better value than a trip to Starbucks! I think I might double the matcha in a batch next week for spooky green Halloween cookies.  The quantity in the cookie recipe below gives a pale green colour and a subtle smoky taste.

My mum’s been in hospital this week, which has been a reminder of the brutality of dementia , particularly its later stages. It’s also meant that I’m craving something sweet and comforting, so these cookies are perfect. They are gluten free, and refined sugar free (apart from the chocolate). I’ve packed them with some of Kale & Cocoa’s favourite age-busting ingredients – almonds, oats, cherries and walnuts – for added health benefits. And they only take five minutes to mix together.

Pre-heat oven to 180C and line a couple of baking sheets.

Mash bananas in a large bowl and mix in coconut oil. Then stir in everything else, making sure all the ingredients are well distributed.

Dollop tablespoonfuls onto the baking sheets (these aren’t going to be the most elegant biscuits you ever make). Bake for 15-18 mins, until the cookies are golden and any exposed bits of walnut look toasted.

Serve with a cup of matcha!

« POLYAMINES – THE NEW SECRET WEAPON FOR AGEING WELL & MOROCCAN SPINACH AND CHICKPEAS.
WHY YOU MIGHT NOT BE AS OLD AS YOU THINK – PEA & WATERCRESS PUREE WITH SMOKED MACKEREL »