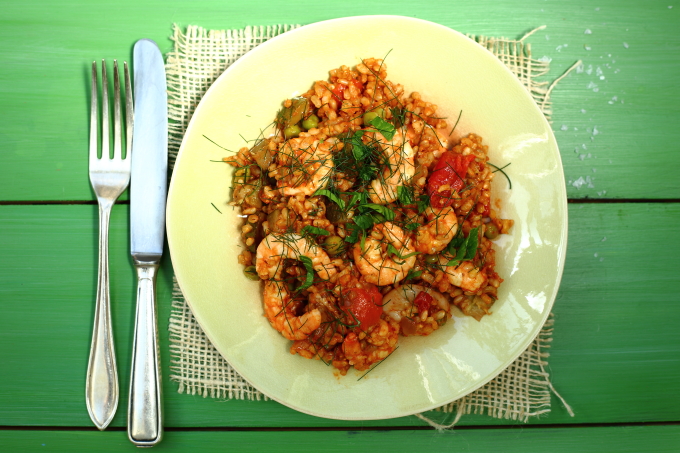 Bit of a bombshell from my daughters this week when they announced they have gone pescetarian. One has some clearly well-considered thoughts about animal welfare, the other is more concerned about the quality of meat they are served at school (which does sound awful to be honest). I’ve said that I’ll support them in their choices as long as they understand that their growing bodies need plenty of protein and they may have to be a little more adventurous in their eating habits, especially with beans and legumes. I rarely eat meat myself but enjoy it when I do. We do a lot of fish on the barbie anyway (see this post  here from last summer about BBQs and meat) And I really will miss having a turkey at Christmas (but perhaps I can persuade the girls to cheat once a year….)

But what is pescetarianism and why is it having a moment? This neologism describes a vegetarian who eats fish and seafood, or put another way, an omnivore who has cut out meat. It ticks a lot of boxes for the ‘eat clean’ movement – fish is low fat, high protein and free from the accusations of over-processing and low standards of welfare that dog (literally) much of the meat industry.

Recent research among the Seventh Day Adventists of Linda Lomo, California (one of the world’s Blue Zones – our post here) shows that the pescetarians had a 43% lower risk of colorectal cancer than the general population and the vegetarians had a 19% lower risk for colon cancer and 29% lower risk for rectal cancer. Assistant Professor Michael Orlich of the University of Linda Lomo said that “The results of this study seem consistent with prior evidence that often links the consumption of red meat, especially processed meats, to an increased risk of colorectal cancers. Although reduction in meat intake may be a primary reason for the reduced risk demonstrated in vegetarians, an increase in the consumption of various whole plant foods might also contribute to the reduction”.

So the message seems to be cut down on meat, keep eating fish and make sure you get plenty of vegetables and fibre – all pretty on message for Kale & Cocoa then. But should I be encouraging my daughters to eat fish at all? They may be concerned about the environmental impact of eating meat but overfishing takes a shocking toll on world fisheries, with nearly 80% fully- to over-exploited, depleted, or in a state of collapse – more here www.overfishing.org. I’m going to get them to download the Marine Conservation Society fishfinder  http://www.fishonline.org/information/Pocket+goodfishguide so we can work out which are the more sustainable fish and focus on those. Mercury levels in fish are the subject of scrutiny and debate – mercury is not something that young bodies need, to put it mildly. There seems to be a lot of conflicting research but organic and wild salmon seem OK – swordfish and bluefin tuna not so good. The NHS recommends two portions of oily fish a week, and limiting intake of white fish like bream which have a higher levels of pollutants. http://www.nhs.uk/Livewell/Goodfood/Pages/fish-shellfish.aspx

This week’s recipe is a big hit with my new pescetarians and packs in plenty of wholegrain fibre and vegetables too. I’m afraid it’s made with farmed prawns. I know they are an environmental disaster but I’m just finding my way here – so bear with me! It’s a totally inauthentic paella, but it all cooks in one pan, which I love. You could serve a salad or steamed greens on the side too though.

In a large pan, saute the onions and courgettes in the olive oil until lightly browned. Add the garlic, herbs and spices and cook for a couple more minutes. Add the rice, stir to coat in the oil then add wine, tomatoes, stock, peppers and saffron, if using.  Cook until the rice is almost done – about 20 minutes usually. Keep checking that it isn’t sticking on the bottom of the pan, add more water or stock if you need to. Add the prawns and peas and cook through. Sprinkle chopped herbs on top, if using.

« WHY THE GREAT OUTDOORS (AND WALNUTS) WILL KEEP YOU YOUNG
WHY MUSTARD IS A MUST-HAVE, AND MUSTARD-MAPLE SALMON »