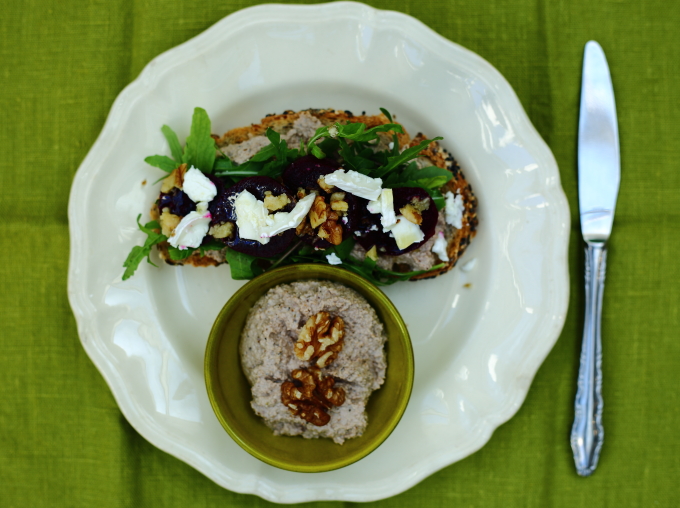 Ever felt that deep yearning to be out in the wild?  If you have, you’re not alone.  If you haven’t, it’s time to tune in.  There’s now a huge body of medical evidence proving that being with wildlife keeps you healthier and happier.  I write this as a committed Londoner who frequently feels a deep craving to be immersed in the wilds.  I thought this was just me being weird.  But no, apparently it’s normal – and I should listen up!

According to Dr William Bird, a British GP pioneering ways of bringing people and nature together, the human body is ‘designed to be outside, finding water, food and so on.’  If this doesn’t happen, we become stressed.  When we are in the wild, he says, our blood pressure drops within three minutes.

A psychologist at Western Michigan University, Roger Ulrich, spearheaded some of the earliest studies into the effects of nature. He found that people who viewed nature photos after being exposed to a stressful, demanding task reported increased feelings of affection, friendliness, and happiness. The group that viewed urban scenes reported feeling sad. Since then, researchers have found recovering patients who look out onto trees need less pain relief and leave hospital earlier than those looking at a wall.  Housing estates with visible green space report less domestic violence and anti-social behaviour than entirely concrete estates. Doctor Bird believes that creating green spaces could actually reduce rates of diabetes and obesity.

But it’s Japan that’s pioneered and funded the most ambitious studies. Yoshifumi Miyazaki of Chiba University discovered lower cortisol levels in those who took forest walks when compared with those who walked the same distance in a lab. Researchers at Nippon Medical School found that visits to the forest (compared with urban trips) had a long-lasting influence on immune system markers, increasing the activity of antiviral cells and intracellular anti-cancer proteins— changes that remained significant for an entire week after the visit.

One of the reasons for this may be the chemicals secreted by trees – phytoncides. These have been linked to improved immunity as well as reduced anxiety and increased pain threshold. In Washington, Dr Robert Zarr actually prescribes time outside to his patients and has pioneered an entire programme round the premise that nature can cure us of many things. He says children with easy access to nature are less stressed and better able to deal with stress. He’s supported by a 2011 study from the University of Illinois that found kids with ADHD had reduced symptoms after being outside with lots of greenery compared to those in an urban environment.  Dr Zarr also maintains that the brain performs better when in a natural environment – and has proved it using MRI scans. If you need to solve a problem, go outside!

A nature walk can also improve short-term memory (and that’s something always top of our minds at Kale & Cocoa).  Marc Berman, a neuroscientist at the University of Michigan, sent out separate groups of walkers and then measured their short-term memory.  Those walking in the arboretum had improved by 20%, unlike those on the urban walk who showed no improvement at all. Berman believes nature walks could have a profound memory benefit for older people already suffering impaired memory (ahem – I think that’s me).

Fortunately this is the time of year we can take action.  It’s warm (mostly), the holiday season’s upon us, the evenings are light.  So make a picnic and get out there. The perfect and easiest picnic food is, of course, the humble sandwich.  And at Kale & Cocoa, we’re nuts about nuts. In particular – walnuts.  Walnuts have been proven to make rats ‘younger and smarter’, by Dr James at Tufts University.  He says eating 7-9 walnuts daily could actually delay the onset of Alzheimer’s and dementia.  Walnuts, he says, curb oxidative damage to brain cells (a cause of neuronal death leading to Alzheimer’s), fight inflammation and stimulate the birth of new neurons.  All in all, walnuts rejuvenate the entire structure of brain cells.  They also help lower cholesterol and blood sugar and improve blood flow.  Like all nuts, they are high antioxidants and make you feel fuller for longer… What’s not to like?

This walnut dip is based on a middle-eastern version called Tarator. I like it on good bread with sliced beetroot or fresh figs and goat’s cheese, some rocket or watercress, and a drizzle of olive oil.  You can also dip crudities in it or serve it with grilled fish or meat like a sauce.  Experiment and make it your own…. It’s a great way to get more walnuts into your daily diet (confession: I often have it on toast for breakfast with some watercress, after which I feel very virtuous!)

Toast the walnuts for a couple of minutes and then put everything in a blender with 4-5 tbsp water and a good pinch of salt.  Blend.  You may need to add more water to get the right consistency.  Keep adding and stirring and tasting until it’s right for you.

Now put it in a sandwich and go for a nature hike!