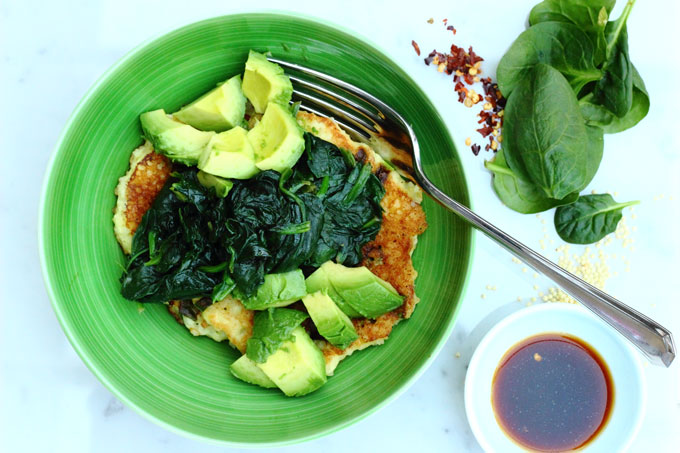 To carb or not to carb, that is the question – particularly when it comes to age-related, degenerative disease. The battle lines are being drawn in the fight for our health. If that sounds melodramatic, bear with me. The traditional view of our nutritional needs is encapsulated in the NHS-approved food pyramid, with plentiful portions of carbohydrates (up to 11 slices of bread a day) at the bottom and oils and fats – used sparingly – at the top.

The nutritional therapy view – one that seems to suit my body – is that a balanced meal contains protein, carbs and vegetables – with the ideal dinner plate split one quarter carbs, one quarter protein and half vegetables. Ideally, the carbohydrate element is wholegrain (as opposed to refined) because they contain more fibre and B Vitamins. Recent research at the Harvard School of Public Health has done more to uncover the power of whole grains. While it was known that whole grains form part of many of the world’s healthiest diets, including the Mediterranean (read our post on it here) they wanted to investigate health benefits whole grains bring in their own right, setting out to assess the effect of whole grain intake on risk of death. They found that ‘each serving of whole grains linked to 5% lower total mortality risk , and a 9% lower risk of death by Cardiovascular disease’. Read more here http://www.medicalnewstoday.com/articles/287573.php

At Kale and Cocoa we’re thrilled by this research – we love our whole grains and there are plenty of delicious recipes on the site like the kale and black sesame rice bowl, salmon pilaff – and look out for the buckwheat tabbouleh next week.

I pay particular attention to research into CVD risk because I know that my mother’s dementia became apparent after a series of mini strokes (known as Transient Ischaemic Attacks ). So if I want to reduce my risk of vascular dementia I should be eating lots of wholegrains, right? Well, no actually, according to an increasingly vocal school of thought in the U.S. which has completely re-drawn the food pyramid.

This new proposition is that a low carb, high fat diet – from middle age onwards – is the way to reduce dementia risk. Some researchers are throwing the traditional nutritional model out of the window and advocating a diet of protein, vegetables and a lot of fat. Their pyramid has fat – yes, fat! – at the bottom, and carbohydrate (in the form of fruit) at the top. It’s obviously a close relative of diets like Atkins and Paleo but now this way of eating – known as LCHF (low carb high fat) is being advocated as the best way to reduce dementia risk. The leading proponent of this in the U.S. is Dr David Perlmutter, author of Grain Brain, who believes that gluten and grains – refined and whole grain – are ‘the brain’s silent killers’. The basic argument: carbohydrates cause blood sugar to soar and crash, which in turn destroys our brain cells, but a diet high in fat (his favourites are grass fed beef, avocado and coconut oil) and leafy vegetables protects our grey matter. I was intrigued to read about a young filmmaker seeking Kickstarter funding for a documentary on the subject – entitled Bread Head. Like me, he felt moved to take action when his mother was diagnosed with early onset dementia. His research into what might help her led him to the LCHF diet and cutting edge research in labs across the US. You can read more about Bread Head here – https://www.kickstarter.com/projects/maxlugavere/bread-head-can-we-prevent-americas-most-feared-dis

The film aims to do for research into minimising dementia risk factors what An Inconvenient Truth did for global warming. It’s a pretty lofty ambition, but I’m all for anything that alerts people to the idea that we can do something about our chances of cognitive decline. But am I giving up carbs? No, not just yet. I’m cutting down my intake, sticking to whole grains when I can and avoiding too much gluten. So the pancake recipe below is perfect. We love a grain pancake – check out our porridge pancakes – and this is a more savoury, eggy version, perfect for brunch or a late supper. Millet isn’t just bird food, it’s cheap (about half the price of quinoa) and packed with minerals, particularly magnesium which aids sleep and relaxation. And we all need some of that.

coconut or vegetable oil for frying

Cook the millet in boiling water for approx 15mins. It should be soft but not mushy. Drain well and rinse with cold water to cool it down. Mix the sauce ingredients and adjust to taste.

Beat the eggs in a large bowl and the mix in the spring onions, yoghurt, cornflour, sesame oil and salt.

Heat the coconut/veg oil in a large frying pan. Dollop in large spoonfuls of the mixture (I use a serving spoon to measure it out) making sure to get an even spread of egg and millet grains. It will look disgusting at this point. Once the egg starts to set on the bottom, smooth down the top. Once the bottom of the pancake is properly cooked and the egg is no longer runny, flip over and cook the other side until lightly golden. Serve with the sauce and some sauted greens.
Susan