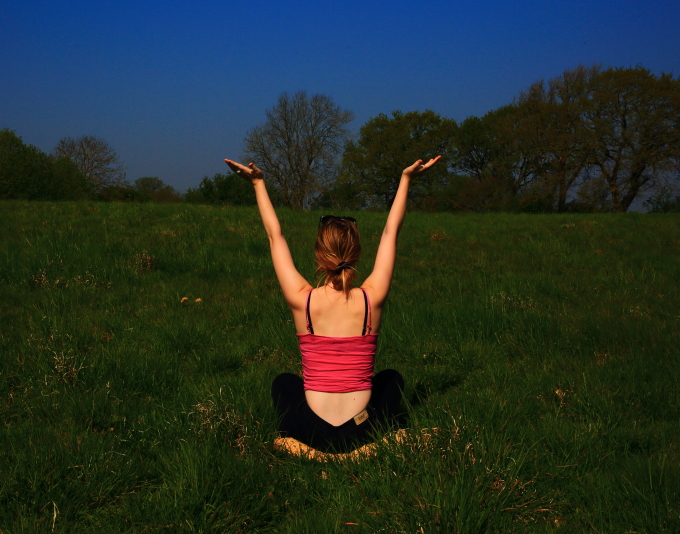 I’ve broken a bone in my foot, which means I’ve spent a fair bit of the week in hospital and a fair bit of time hobbling around, very  slowly, in a big plastic boot or weird and deeply uncomfortable, back-to-front footwear.

In the same week that Vitamin D made headlines, it’ll come as no surprise (given its reputation as a bone-builder) that today I’m writing about Vitamin D.

In case you missed the headlines, they went as follows: Vitamin D supplements reduce (by 13%) the risk of dying from cancer.  The report author says he’d like to see more oncologists and doctors ‘prescribing Vitamin D.’ You need to take Vitamin D for at least three years, he adds, while conceding that Vitamin D supplementation won’t prevent cancer.

As it happens Vitamin D is the one supplement we routinely recommend: you can read our earlier post here or check out the chapter on supplements in our book. When I had my vitamin D levels measured last September, they were impressively high, according to my doctor. But that wasn’t because of supplements. I hadn’t touched a supplement for six months. Instead I’d conducted my own sunlight experiment, which involved spending a daily 15-20 minutes in the sun, shoulders, arms and upper back fully exposed, without sunscreen, for ten weeks.

I did this without sunscreen because the data on whether UVB (the rays which ultimately provide Vitamin D) penetrates sunscreen is ambiguous (scroll to the end to read about a new report suggesting Vitamin D can pass through factor 15 sunscreen – in Tenerife at any rate).

But I also conducted my sunlight experiment because it occurred to me that Vitamin D might not be the only beneficial component of sunlight.

For years it’s been assumed that sunlight – in moderation – is good for us because when it hits our skin, we make Vitamin D. But what if sun-skin exposure provides more than just Vitamin D?

Recently, a few oddities have alerted researchers to factors that might have been overlooked. At a lecture last month I learned about Multiple Sclerosis jumping eight fold in Iran after women stopped exposing their skin to sunlight. They were given Vitamin D supplements but these had no effect. And yet when the women resumed exposing their skin to the sun, MS rates duly fell, prompting scientists to ask what else the sun might be providing if it wasn’t Vitamin D?

Researchers at Georgetown University Medical Centre found a possible answer: sunlight appears to cause T cells to move more quickly. T cells are immune cells (sometimes called defender cells) that, once an infection is triggered, make their way to the infection and see off any invaders. Our skin carries a large number of T cells, twice as many as those circulating in our blood. Meanwhile the blue light in sunshine can reach not only the surface layer of our skin but the second layer, known as the dermis, enabling it to reach vast swathes of T cells.

When our white blood cells sense an infection, a compound called hydrogen peroxide is activated which kills invading bacteria and urges our immune cells to mount an immune response. Sunlight makes hydrogen peroxide in our T cells, enabling them to mobilise swiftly and efficiently. Sunlight (and specifically the blue light within it) may well boost immunity.

Meanwhile sunlight has also been found to lower blood pressure. A report from the University of Edinburgh found that twenty minutes of sunlight lowered blood pressure for more than an hour. The author speculated that exposure to sunlight might also reduce the risk of strokes and heart attacks as well as prolonging life.

To boot, there’s growing evidence that regular exposure to sunlight could help prevent colon, breast and prostate cancer, non-Hodgkin lymphoma and diabetes. The report headlining this week suggests the credit (at least as far as cancer is concerned) should go to Vitamin D supplements. But what if Vitamin D is only part of the answer?

Recently it’s become evident that the sun’s role in forming nitric oxide, melatonin and serotonin and its effect on our circadian rhythms are also involved. Some researchers now believe – paradoxically – that a little daily sunlight on unprotected skin might actually reduce our risk of skin cancer (particularly melanoma). They argue that most cases in Europe are caused by binge-bathing – exposing our unprepared skin for too long instead of regularly exposing skin which, apparently, confers a relatively low risk. Read more here.

Finally (and more on this in a future post), experiments with mice suggest that sunlight also has the power to change and improve our microbiome, even after controlling for Vitamin D. In other words Vitamin D might have nothing to do with it.

So what about my own experiment?

After an entire summer of moderated sun exposure (English sun for 15-20 minutes every day, then rigorous cover-up – not once did I burn) I had some extraordinary results.

For the first winter in my entire life I didn’t spend a single day sick. Not a single cold, cough or sore throat. For someone whose childhood was blighted by constant ear ache and whose adulthood involved several weeks of heavy colds every winter, this was a revelation.

More astonishingly, my autoimmune disease (Inflammatory Bowel Disease) went into remission and has been in remission ever since. At first I assumed this was merely coincidence. Later, I wondered if my ‘summer of sun’ had played a role. And last week a report popped into my in-box suggesting my hunch might be correct. An Australian study  found that children given an extra half hour in the sun significantly reduced their risk of … IBD. The researchers found that even short periods of sun exposure were associated with a lower risk of children developing IBD.

Professor Lucas, author of the report said: “Taking children to play outside in the sun could be life-changing. It doesn’t have to be all at the same time. But we found children who were outside and exposed to the sun for an extra half hour a day in total, had a lower risk of developing IBD by almost 20 per cent. Every 10 minutes of sun exposure was associated with a lower risk of developing inflammatory bowel disease by six per cent.”

Australia, incidentally, has one of the highest rates of IBD.

This report adds to the growing body of evidence that sun exposure (and/or Vitamin D) might reduce the risk of autoimmune diseases in general. Similar reports suggest there may also be benefits to cumulative sun exposure. Which is why I’ll be repeating my ‘summer of sun’ experiment in the admittedly-meagre rays of the UK, every summer from now on.

And for those of you who live in locations where the sun is too strong to risk going without sunscreen (or who simply feel happier when lotioned), take heart – possibly – from a recent report that found Vitamin D levels increased despite the use of an SPF 15 sun screen. NB this was Tenerife ‘with a very high UV index’. If I restricted myself to SPF 15 while sunbathing in Tenerife I’d be burnt to a crisp within minutes. What we really need is research that investigates whether Vitamin D can be made on skin slathered in 30+ SPF sun screens (which is what most dermatologists recommend). So far, no one has done this. Why not?

More importantly, this study found that broad spectrum sunscreen enabled higher Vitamin D synthesis than a low UVA protective sunscreen. So if you’re buying a sunscreen make it one that protects from both UVA and UVB rays.

There’s another element to the story of sunlight which I’ll write about in an upcoming post: nitric oxide (NO). Nitric oxide – much of which is made in our skin from sunlight – is coming increasingly under the medical spotlight for its role in healthy longevity.

So. In the Northern hemisphere, sunlight (every sunny day, not too much, direct to the skin) may be more beneficial than we’ve previously thought.

Meanwhile if you’re taking a Vitamin D supplement it should be D3 not D2. And if, like me, you’re building new bone, be sure to include Vitamin K-rich foods in your diet. When it comes to building bone, new studies show that a combination of Vitamins D and K2 is particularly beneficial for post-menopausal women. Our chicken liver salad (while sitting in the sun) should do it.

My thanks to Linda Geddes, whose recent lecture and excellent book (Chasing the Sun: The New Science of Sunlight and How it Shapes our Bodies and Minds) helped inspire the research and writing of this post.

« ENHANCING MEMORY, AND AN ICE CREAM TO HELP YOU SLEEP!
THE OILS AND FATS WE KEEP IN OUR AGE-WELL KITCHENS »