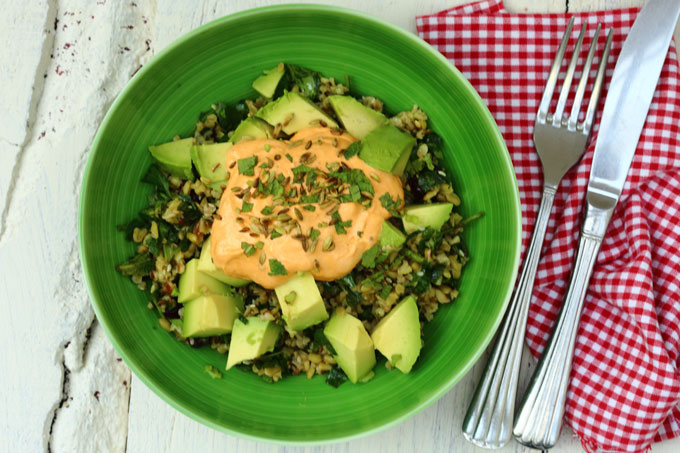 Have you noticed your eyesight isn’t what it used to be? Irritating isn’t it? Frightening even. Following the horrific crash of the Germanwings plane in the Alps two weeks ago, it turned out the 27-year old co-pilot responsible was suffering serious sight problems and had already lost 30 percent of his vision – possibly a trigger for his ensuing psychosis.  Meanwhile an American study found blindness to be one of four most feared conditions, alongside cancer, HIV and Alzheimer’s.

Sight deterioration is part of the natural ageing process but research shows that diet can slow, and even prevent, macular degeneration (the leading cause of vision loss) and other conditions associated with ageing, like cataracts. Can anyone tell me why they don’t explain this at the opticians?  Given that sight deterioration starts long before you get any symptoms, it’s never too early to prepare, so read on …

Studies have found that people eating a diet rich in antioxidants (particularly vitamins C and E), omega-3 fatty acids and lutein and zeaxanthin had significantly lower rates of eye disease (as well as lower rates of heart disease and diabetes incidentally).  Lutein and zeaxanthin are plant pigments called carotenoids that protect the retina from oxidative changes caused by ultraviolet light. They’re crucial to eye health – find out why here http://www.macularsociety.org/about-macular-conditions/Nutrition/Xanthophylls-Lutein-Zeaxanthin-Meso-zeaxanthin

Freekeh is exceptionally high in both lutein and zeaxanthin – as are kale and eggs, two of our other favourite ingredients. I’m a big fan of freekeh and have been replacing other grains with this delicious, ancient grain wherever I can. Why? Because, as well as being very high in these valuable carotenoids, freekeh also contains four times as much fibre as brown rice, and twice as much as quinoa.  That means you only need a small amount to feel nicely full.  It also makes it a fabulous prebiotic, so good for your gut too.  Factor in its protein (four times as much as quinoa), iron, calcium and zinc content and eating freekeh sounds eminently sensible. It’s low-carb and low GI too – a low GI diet has also been shown to reduce age-related macular degeneration. You can read about freekeh at http://greenwheatfreekeh.com/wordpress/

But I digress. Along with freekeh, here’s what you should eat to keep your eyes healthy: leafy green veg (kale is top of the pack, but spinach and Brussel sprouts are also excellent), citrus fruits and rainbow fruit and veg; dark coloured berries (blackberries, blackcurrants, blueberries), oily fish (salmon, trout, sardines) and ‘see’-food (prawns and oysters); eggs; almonds, walnuts and sunflower seeds. A couple of daily coffees have been shown to boost eye health too (read our post on caffeine here). And watch your salt intake – high levels of sodium have been linked to cataract formation.  All in all, it sounds rather like what we modestly refer to as the Kale & Cocoa diet!

It’s not just diet, of course.  You also need to wear sunglasses in the sun, rest your eyes (particularly if you work on a computer for long periods of time), maintain a healthy weight and have regular eye tests. Read more at https://www.nei.nih.gov/healthyeyes/eyehealthtips.

Our freekeh salad below contains one of my other favourite ingredients, dried sour cherries (also rich in lutein and zeaxanthin) and would go perfectly with our Easter lamb, or with plain grilled fish and a leafy salad.  If you can’t get sour cherries, use cranberries or goldenberries (unsweetened if possible – you want that zingy tart-ness). The yogurt-y sauce that accompanies it will help fend off diabetes too, according to a new report that found regular yogurt-eaters to have an 18% reduced risk of type 2 diabetes.

For the spicy tahini sauce:

Boil the freekeh according to the pack instructions.  While it’s cooking, dry roast the cumin and fennel seeds.  When the freekeh is cooked (usually around 20 minutes), add the seeds (leaving a few for decoration if you want), sour cherries lemon zest and juice and olive oil. Stir in the chopped herbs and a tsp of sea salt.

For the sauce, mix the yogurt, tahini and harissa and dollop on the freekeh salad as you serve.

I sometimes eat this with nothing more than half a diced avocado for lunch, but it also works really well with roasted root veg, or roasted tomatoes and fennel, or a green salad and grilled chicken or grilled fish.  Anything goes really ….

« THE MIND DIET, BLUE ZONES AND EASTER LAMB
GET FAT TO BEAT DEMENTIA, REALLY? VITAMIN E AND A CRUMBLE RECIPE »