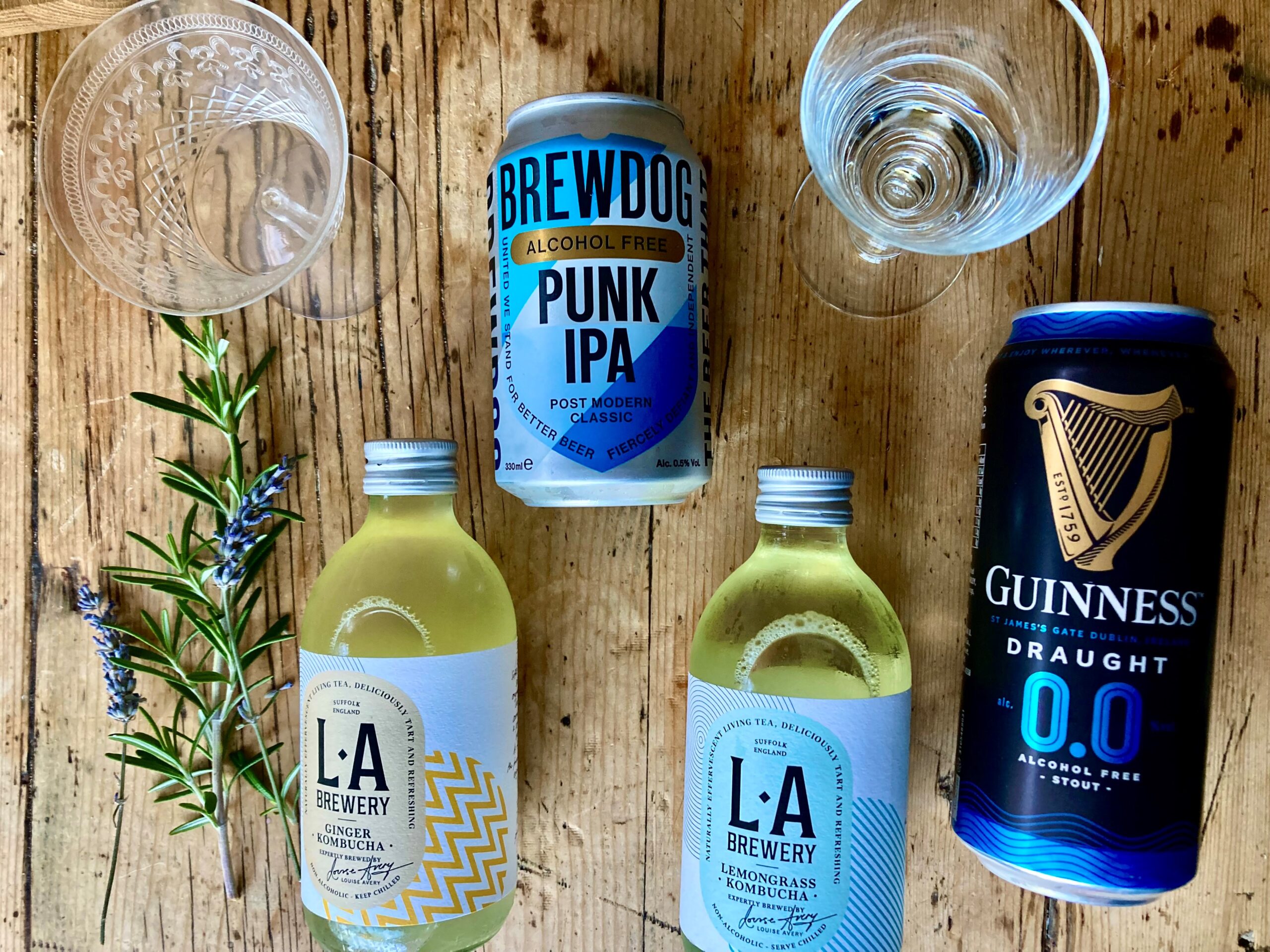 I’ve always enjoyed a tipple. And in the past we’ve written about the age-well joys of champagne, red wine and beer.  They’re still age-well joys, of course, but in smaller and smaller quantities. Not just because we’re getting older (although that’s a perfectly valid reason for drinking less – the ageing body finds it increasingly difficult to clear the liver of alcohol) but because evidence of alcohol’s harmful effects on a midlife + body and brain continue to mount. Sadly.

As it’s Sober October I thought I’d update you on the latest findings. It means a little bit of a u-turn from us here at the Age-Well Project.  But we’ve never been afraid of that. So here goes…

A new report on alcohol and cancer suggests a closer and more dose-dependent link than oncologists once thought.  This study of four million adults over the age of 40 (average age of 54) found that cutting our booze intake ‘meaningfully alters [all] cancer risk.’  Worryingly, the highest risks were found in people imbibing three drinks a day. The good news is that our risk appears to be dose dependent – which means that the less you drink, the less your cancer risk (and vice versa obvs).

Measuring quantities of alcohol is complicated – glass sizes differ, alcohol strength differs – and this study used grams which we don’t normally use in the UK.  To simplify things I’ve converted grams to units and ml, noting (with some horror) that this study described ‘heavy’ drinkers (at the greatest risk) as those consuming 30g a day – or two moderate 175 ml glasses of red wine.  One 175 ml glass is what the NHS refers to as 2.1 units – and the maximum daily recommended alcohol intake.

Helpfully, a report published in the summer found that swapping to smaller glasses was an easy way to drink less. I like to drink from a small but beautiful antique glass.  The elegance of the glass seems to make the experience both more mindful and more enjoyable. This ‘wine-glass’ study found that simply switching to smaller glasses enabled people to cut their drinking by 6.5% – effortlessly! Buying smaller bottles of alcohol also reduced alcohol intake.

So what are the cancer risks? Previous studies have estimated that drinking accounts for nearly 4% of newly diagnosed cancers worldwide, rising to 5% in the US

Why is this? Researchers aren’t sure. But alcohol does two things to our body which might play a part in cancer. Firstly, each alcoholic drink correlates with a 4-10 fold increase in an enzyme called cytochrome P450 2E1 (CYP2E1), which then results in a surge of carcinogenic molecules like acetaldehyde, reactive oxygen species and nitrosamines. When we stop drinking for 3 days, our bodies experience a dramatic and rapid drop in CYP2E1.

Another theory involves our natural killer (NK) cells, which are thought to break down cancerous tumours. Drinking alcohol appears to stop our NK cells working by slowly killing them off. But there’s good news – after 3 months without alcohol our NK cells start thriving and multiplying again.

So should we stop drinking altogether? Not so fast… studies suggest that the odd drink might actually help us fend off dementia and Alzheimer’s.  In a recent Korean study, tiny amounts of alcohol proved beneficial: ‘We observed in middle- and old-aged individuals with neither dementia nor alcohol-related disorders that moderate lifetime alcohol intake was associated with lower cerebral Aβ deposition compared to a lifetime history of not drinking. Moderate lifetime alcohol intake may have a beneficial influence on Alzheimer’s Disease by reducing pathological amyloid deposition rather than amyloid-independent neurodegeneration or cerebrovascular injury.’

This report, however, measures alcohol in terms of Korean standard glasses. Let me tell you, they are minuscule!  The Korean idea of drinking to keep dementia at bay is 1-13 Standard glasses a week – with a standard glass measuring 100 ml.  It’s basically one and a half bottles of red wine spread over a week. And that’s red wine with an ABV of 12% (can anyone find a red wine at 12% these days?).

But what about the number one killer – heart disease? Yes, yes, I know… red wine was supposed to reduce our chances of a heart attack, stroke or heart disease.  We even wrote about it on this blog!  Well, it turns out the research wasn’t done properly: confounding factors weren’t stripped out, giving us an inaccurate reflection of the data. A study of 371,000 brits over the age of 57 published in March came to a more distressing (for me, at any rate) conclusion: ‘Alcohol consumption of all amounts was associated with increased cardiovascular risk.’ My italics.

So much for the old myth that a daily glass of red wine is good for the heart. It’s not. Nor is it good for your blood pressure. Even one drink a day was ‘associated with … significantly increased odds of hypertension.’ Again, the results showed dose dependent results – the more you drink, the greater the odds of developing hypertension and heart disease. Even seven drinks a week (that’s one small daily glass of wine) was associated with ‘modest increases in cardiovascular risk.’

This study concluded with the chilling words ‘No amount of alcohol is protective against cardiovascular disease…. the adverse effects of alcohol unduly affect those who consume heavily.’ Again, ‘heavy’, was three smallish glasses of wine a day (anything above that was recorded as ‘abusive’). But there’s good news: moderate-to-heavy drinkers who cut their alcohol reduced their risk hugely – more so than any other category of drinker.

Fortunately there are some fantastic alcohol-free beers on the market.  We’re very partial to alcohol-free Brewdog Punk IPA and Susan swears by Lucky Saint and Heineken Zero. More good news on this front – a recent study found that beer is very good for our microbiome – a daily lager (alcoholic or non-alcoholic) over four weeks improved intestinal health. It appears that fermentation interacts with the polyphenols in beer to enrich the gut!

I also like the range of alcohol-free spirits from Seedlip.  My current favourite alcohol-free tipple is kombucha mixed with Seedlip Garden and topped with a sprig of rosemary.

Concerned about Christmas? No need. According to a friend, low-sugar cranberry juice combined with mulled wine spices is delicious, although I’ve not tried it personally.

Have you found any delicious low or no alcohol wines, beers or spirits? Please do share with us in the comment box.