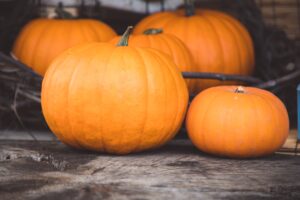 Unless we’re working out like a superhero, we’re likely to feel the passage of time as the body softens. Change in body composition is one of the most obvious markers of ageing, however hard we work to age well. On average, we gain a pound and a half (700g) each year during our 40s and 50s. In the USA, three-quarters of women are overweight or obese by the time they hit 60. In the UK, we’re not far behind, with over two-thirds of women overweight or obese between the ages of 55 and 64.

The role of oestrogen

The explanation for a lot of this can be found in hormonal changes as we pass through midlife. Oestrogen helps transport glucose to muscles where it is used more effectively than if it’s allowed to sit around in our bloodstream. When levels decline so too does this effective use of energy. In addition, as we age, fat stores redistribute themselves. Like many women, I’ve seen my fat stores – which happily sat on my hips until my 40s – take up residence in my middle, post-menopause. Pre-menopause, oestrogen helps take fat to our bums, hips and thighs. It takes precedence over other sex hormones, androgens, which promote the accumulation of abdominal fat. But as oestrogen declines, androgens get priority – resulting in fat that sits in our middles.

The form of oestrogen that we lose during menopause, estradiol, is the one that helps regulate metabolism and weight. There are receptors for estradiol in the hypothalamus region of the brain, which also controls appetite. The activity of ghrelin, the hunger hormone, seems to be reduced in the hypothalamus when oestrogen is present. Meaning that when oestrogen declines, our hunger cues are disrupted, and it’s easier for us to overeat.

We disrupt our metabolism further when we don’t eat, or move, in harmony with our circadian rhythms. These are our internal clocks, which regulate a whole range of bodily processes from digestion to sleep, hormone activity and insulin sensitivity. Annabel wrote last year about how these rhythms dictate how we digest protein and the effectiveness of movement. Now new research has revealed more information about how eating late at night runs counter to our body’s rhythms, leaving us vulnerable to increased weight gain.

A small study followed 16 overweight people, putting them on a carefully calibrated nutritional regime. For six days they ate early, then after a period of downtime, they followed exactly the same regime, but ate late in the day. This later eating pattern was found to increase hunger, but decrease energy expenditure. To add fuel to the weight gain fire, as it were, eating late altered hormonal and biochemical pathways related to fat metabolism and storage.

We’ve found that as the years go by, we’re more drawn to eating earlier in the evening when we can, allowing ourselves a good three hours to digest.  Eating late in the evening impacts sleep as well as digestion, with two hormones battling for supremacy.  The insulin needed for glucose management, and the melatonin needed to support sleep, run on the same pathways. When we eat late, insulin takes precedence and melatonin has to wait its turn. I was given a shiny new Oura ring for my birthday which tracks sleep in detail. I can see that I don’t get as much deep sleep (vital for cognitive function as we age) when I’ve had a late dinner.

What about you? Do you prefer an early dinner or are you a night owl eater? Let us know in the comments.

The somewhat bogus (I always think) festival of Halloween will soon be upon us, and the shops are filing up with pumpkins. Buy one, rather than a tub of ‘trick or treat’ sweets and make one of these recipes from the archive. Pumpkin or butternut squash can be used interchangeable in all of them.

« HOW TO TIPPLE IN SOBER OCTOBER
CAN WE IMPROVE OUR SLEEP – REALLY? »