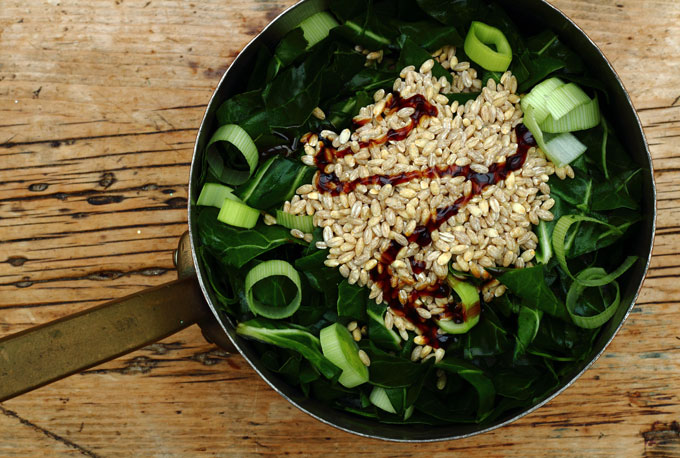 Spending a fortune on blueberries?  Don’t know which vegetables to buy?  Take a look at this new study from William Paterson University in New Jersey, which ranked 47 fruit and vegetables in terms of nutrients per bite http://www.cdc.gov/pcd/issues/2014/13_0390.htm#table2_down

Researchers analysed each fruit and vegetable for 17 critical nutrients proven to reduce chronic disease.* The findings are surprising – while expensive blueberries don’t make the list, hedgerow blackberries do. While broccoli only comes in at number 19, the beetroot leaves that supermarkets throw away, come in at number 4.  Spring onions make the list, regular onions don’t. Beetroot doesn’t make the list but red peppers do. Scroll down for the full table.

The researchers call the top 41 fruit and veg PFV (powerhouse fruit and veg).  And in pole place is watercress with a perfect score of 100, followed by Chinese cabbage and chard. The chart contains several surprises – kale isn’t the number one vegetable we’ve all been lead to believe (a mere number 15 in the chart, just one below dandelion leaves!), lettuce comes in at number 7 (clearly not just rabbit food).  And the highest scoring fruit?  The humble lemon.  Raspberries, cranberries, tangerines and blueberries didn’t make the list.  My favourite fruit, the cherry, wasn’t analysed so I’ll continue my love-in with cherries (sign up so you don’t miss our upcoming sour cherry cookies).

This doesn’t mean cutting blueberries out of your diet (they’re still a rich source of antioxidants) or eating watercress every day.  Ideally, you should rotate your greens – watercress soup for lunch, chicory salad for supper followed by the chard recipe below, for example, on one day and a variety of other leafy greens on the next  (preferably with some coloured PFV thrown in along the way (I’d opt for red pepper, carrot and tomatoes after seeing this research).

But let’s talk about chard… I love chard! Not only is chard ranked no. 3 but it also stands out from other green leafy vegetables thanks to a unique phytonutrient called betalain. Many of the betalain pigments in chard include antioxidant, anti-inflammatory and detoxification properties. Like the other powerhouse, leafy vegetables, chard is low in calories, fat-free, high in fibre and a good source of vitamins A, C and K, as well as magnesium, potassium and iron. I grow it every year, but you can get it in many supermarkets now.  Typically, I remove the stalks (they can be cooked separately and made into a salad), steam the leaves for a couple of minutes and serve with a splash of olive oil and a squirt of lemon.  This is the best way to preserve the nutrients. However, I love Ottolenghi’s chard recipes and the amended version below is my current favourite. It’s quite sweet so my children like it too…

Heat the oil and butter.  Add the leek and chard stalks and fry for 5 minutes.  Add the chard leaves and cook for a further 3-4 minutes.  Add the sugar or agave, pomegranate molasses, pearl barley, stock and 1 tsp sea salt.  Simmer for an hour with the lid on.  If there’s too much liquid (it should be like a risotto), turn the heat up and remove the lid for a few minutes.

Serve warm with a dollop of Greek yoghurt and a drizzle of pomegranate molasses.