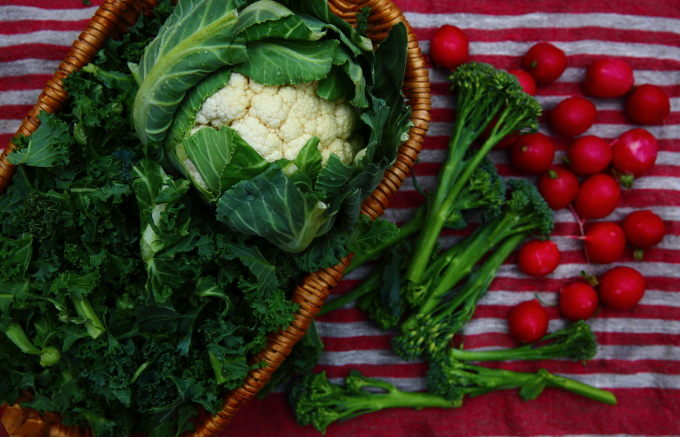 Worried about pollution? We are too. This week, researchers announced that air pollution is now killing more people than smoking. The new study focuses on ozone and PM2.5 (they’re the tiny particles of Particulate Matter invisible to the naked eye but able to penetrate our lungs and – possibly – cross into our blood). The authors of this latest report believe PM2.5 is more hazardous than previously thought, a sentiment reflected by one of the longevity experts we recently interviewed, who described pollution as the next biggest threat to our health… the new tobacco. Read the full report here.

All this follows a spate of headlines on the stunted lung capacity of London’s children, the grotesque air pollution in our underground trains, the quadrupled risk of depression for those growing up in the most polluted areas and then there’s the link between pollution and Alzheimer’s. Last year, researchers found that those living in the most polluted areas of London were 40% more likely to develop dementia over a 7-year period. Another equally horrifying report identified particles of air pollution in human placentas for the first time (again in London).

We both have daughters who walk along one of London’s most polluted streets twice a day, to and from school. There are days when we step outside to a smell and taste of diesel so thick it clogs our noses and throats and lingers, unpleasantly, on our tongues. It’s not just London, of course (although London is the UK’s most polluted city). Apparently two thirds of the world’s cities are subject to dangerous levels of pollution (with China routinely topping the polls).

Meanwhile studies show that inhabiting a polluted city is associated with: a 16% increase in mortality; a 27% increase in cardiovascular disease; a 28% increase in death from lung cancer; and a 75% increased risk of a heart attack. Asthma, liver disease and diabetes are thought to be exacerbated by air pollution, as are several other cancers (liver, breast, oral, pancreatic and bladder, so far). Reports have also linked pollution with obesity and premature births. Governments everywhere are making encouraging noises, but none of them are yet taking the bold, urgent steps we need.

We can’t all relocate to the sweet air of the country, but there are things we can do to improve our chances of surviving air pollution. The first is to ensure we’re in excellent health. Our bodies need to be in tip-top shape to sustain the constant detoxification pollution demands.

Early research suggests that eating the right foods might help us detox enzymes in our liver and lower pollution-related inflammation in our bodies. Two large handfuls of cruciferous vegetables a day (broccoli, cabbage, cauliflower, kale) is associated with a 20% reduced risk of dying from pollution-related illness, possibly because they contain sulforaphane, a compound some researchers believe induces detoxification in the liver. Others suggest that sulforaphane activates a signalling molecule called NRF2 that helps cells to adapt to (and survive) a wide range of environmental toxins.
In a study from John Hopkins University two groups of people were exposed to pollutants and then tested. One group was also fed broccoli sprouts. This group didn’t show the inflammation in their airways from pollutants that the non-broccoli eating group showed. Instead their inflammation disappeared for as long as they kept eating broccoli sprouts.

WHAT ELSE SHOULD WE EAT?

A 2018 study speculated that Vitamin D could protect our airways from ‘pathological pollution-induced inflammation’ by modulating how the immune system responds to PM. Read the report here.

Apparently we already have antioxidants in the lining of our lungs, doing battle with air pollution. Once they’re outnumbered and overwhelmed, the pollutants attack healthy immune cells, producing free radicals and provoking inflammation. So the more antioxidants in our diet, the better equipped we are to protect ourselves from the harmful effects of pollution. Studies suggest that diets rich in the antioxidants, vitamin C and E, might help.
A 2018 study found ‘evidence to suggest that carotenoids, vitamin D and vitamin E help protect against pollution damage which can trigger asthma, COPD and lung cancer initiation. Vitamin C, curcumin, choline and omega-3 fatty acids may also play a role.’ Read the full report here.

WHAT ELSE CAN WE DO?

• Stop driving our cars: traffic, in particular diesel, is the biggest contributor to air pollution and PM. Urge your friends to do the same. We’re constantly amazed at how glibly people jump into their cars when it’s entirely unnecessary.

• Reduce our own ‘pollution footprint’ (exchange artifically scented candles for beeswax, ditch the air freshener, use organic cleaning products, wear a jumper before you light the wood-burner etc).

• Avoid walking beside slow-moving traffic on busy roads. I use an air quality app to identify the cleanest routes. Find the best clean air apps here

• Campaign, vociferously, for clean air and/or join Friends of the Earth

• Invest in an air purifier. We’ve been researching purifiers so you don’t have to. My next post will be on air purifiers – watch this space as some purifiers have extremely limited capabilities when it comes to PM2.5.

• Thinking of relocating? This site helps you find the least polluted cities (Zurich, if you’re interested – and have exceptionally deep pockets). It also lists those to avoid.

Lastly, fill your home with pollution-guzzling plants. We’ve done this – our homes now resemble small garden centres. We’ve written about the most effective plants in our book, coming soon.

In the meantime if you have any tips for countering the rising tide of pollution, please share them using our comments box. Thank you!

« When to start reducing dementia risk? Now!
GRAIN BOWLS: MEALS THAT HAVE IT ALL »