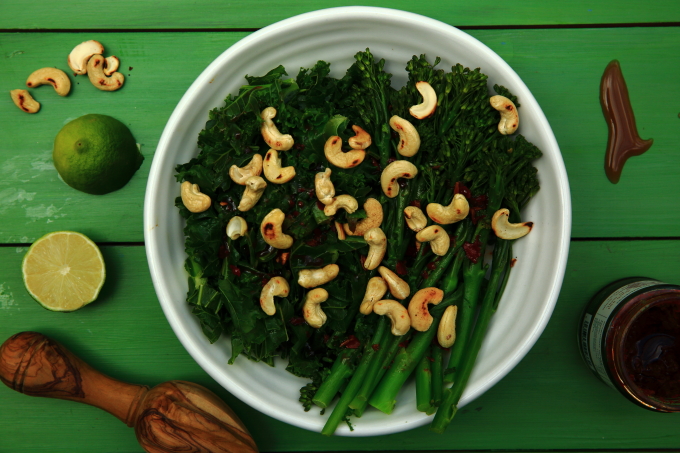 We’ve been promising to write about air purifiers for a few months.  Thank you to the readers who reminded us to get on with it! As it happens, our timing is good: experts have just called for air purifiers to be installed into the schools most affected by air pollution.

And because green veggies have been shown to help reduce the inflammation kindled by air pollution we’re also sharing a favourite piquant sauce, a simple blend of tamarind, tamari, maple syrup and lime juice. Whisked over plain steamed greens, this turns a simple platter of broccoli, spinach, kale et al into a dish fit for gods, goddesses and fussy children. You can read our earlier post on eating to beat pollution here

We have no control over the air we breathe. Nor can we choose whether to breathe or not.  But even in the dourest reports we can – occasionally – find a slither of hope.

Above all, each new study is a reminder that we must continuously press our governments for change.  Here in the UK Theresa May has committed to reaching net zero carbon emissions by 2050, making us the first G7 nation to enshrine this target into law.

The urgent need for global-wide legislation like this is highlighted in several new reports, but today we’re also examining a batch of reports confirming the efficacy of air purifiers. We always recommend investing in an air purifier if you live in a heavily polluted area.

Here’s why: A recent report from the Max Planck Institute and the Mainz University Medical Centre in Germany found that air pollution is shortening the average life expectancy of Europeans by roughly two years. Pollution-accelerated cardio-vascular disease was identified as the cause of death in half these cases.  The authors of the report believe poor air quality now ranks among the most serious health risks: alongside high blood pressure, diabetes, obesity and smoking. It claims that 8.8 million people now die from air pollution every year, and compares this to the WHO figure of 7.2 million deaths from smoking tobacco.

Smoking is a personal decision. Breathing filthy polluted air is not.

So what does air pollution actually do to our bodies? A report published last week by the University of Buffalo identifies 69 metabolites (essentially molecules that play a range of roles in keeping us healthy) significantly affected by air pollution, many of which are involved in oxidative stress, inflammation and our cardiovascular and nervous systems. If you’re a regular reader of this blog or you’ve read our book, you’ll know just how critical the roles of inflammation and oxidative stress are in the ageing process. The report author explains that air pollution appears to break down cell membranes, releasing various lipid molecules which then turn into inflammatory molecules.

It isn’t all bad, however: ‘The good thing is that we also found some protective molecules, namely antioxidants, which also increased when air pollution was high, indicating that our bodies have a defence system to reduce harm,’ said one of the report’s authors.

Almost every country in Europe reports PM10 levels above those recommended by the World Health Organisation. The exceptions are: Ireland, Sweden, Estonia, Finland, Denmark and Luxembourg.  But every single European country has ozone levels above those considered safe. The WHO now believes that 91% of the world’s population live in areas where air pollution exceeds recommended limits.

So what can we do?

The obvious first step is to use an air purifier.  I have one which I rotate round my house, room to room, every week. But do air purifiers work?

Studies suggest they do.

A recent study carried out in Delhi found that the use of air purifiers lead to a reduced risk of death from PM2.5 of between 8 and 37 %. Air purifiers, they concluded, ‘may provide significant improvements in indoor air quality and result in health benefits.’

Another study carried out in Detroit found that participants using air purifiers reduced their personal exposure to PM2.5 by 53% compared to a control group without air purifiers.

A Chinese study found similar results, concluding that ‘air cleaners can significantly reduce the indoor pm2.5 concentration to well below WHO guideline levels’.

We should point out that air purifiers do much more than remove PM2.5 and PM 10.  They also remove all other particles: dust, dander and pollen, for example.  If you buy a purifier with a true carbon filter, it will also remove odours, gases and fumes. Some claim to re-ionise the air too but we’ve not investigated those.

When buying an air purifier consider it an investment.  The best air purifiers don’t come cheap – and you get what you pay for. You need a purifier with a true HEPA filter and (ideally) a combined carbon filter.  You’ll also need to consider factors such as: your budget; the size of the rooms to be purified; noise levels (some are noisier than others); how it looks (most look as if they’ve come straight from the local hospital’ s premature baby unit); how portable it is if you’re planning to rotate round the house; how easy to use it is; how long the filter lasts and how expensive it is to replace; whether you want to link your purifier to Wifi; how easy it is to buy spare parts; whether you’re more focussed on PM2.5, allergies or fumes – although the top-of-the-range purifiers should suck up all airborne detritus (particles and gases/fumes) if they have a HEPA filter combined with a true carbon filter.

And herein lies the problem – not all air purifiers contain a true carbon filter. Some merely pay lip service to it (these will still remove some but not all gases/fumes). Ideally, the carbon filter needs to contain carbon granules rather than a layer of carbon dust. Feel the weight!

Consider the length of guarantee too. The longer the guarantee, the more robust the purifier is likely to be.

To ensure you get the right purifier for you, your budget and your home, we’d suggest you explore consumer testing sites and check online reviews. Alternatively talk to a clean air specialist, like www.breathingspace.co.uk.

However, our research consistently throws up a Swedish brand called Blueair, who have a 20-year track record and make nothing except air purifiers. The Blueair 405 is currently the Which? Best Buy 2018 for air purifiers. They make a smaller version (the Blueair 203 Smokestop for smaller rooms measuring around 20 sq m) that retails at around £250 and cleans the air five times every hour, removing every chemical, every particle of pollution, all VOCs (including things like formaldehyde found in many construction materials) and nitrogen oxide. Filters cost around £50 and need changing every six months – no tools required.

If you only want to remove PM2.5 and PM10, you only need a machine with a HEPA filter. But given that traffic pollution includes NO2, if you live near a busy road, you’ll want a belt-and-braces combined HEPA and carbon cartridge.

Air purifiers won’t clean the air in the street, of course.  For that, you need to do your bit (stop driving your car when it’s not essential, for example) and write to your Government, pressing for a reduction in air pollution to the levels set by the WHO.

Then cheer yourself up with an anti-inflammatory platter of simply steamed green vegetables, swimming in this delicious sweet-sour sauce of tamarind, spices and lime. My teenagers love this and call it ‘sweet and sour’ greens.

Whisk the tamarind, harissa, maple syrup, tamari and line juice together in a small bowl.

Steam as many green vegetable as you can, being careful not to over-steam. Five minutes should be sufficient.

Arrange on a platter and immediately pour over the sauce.