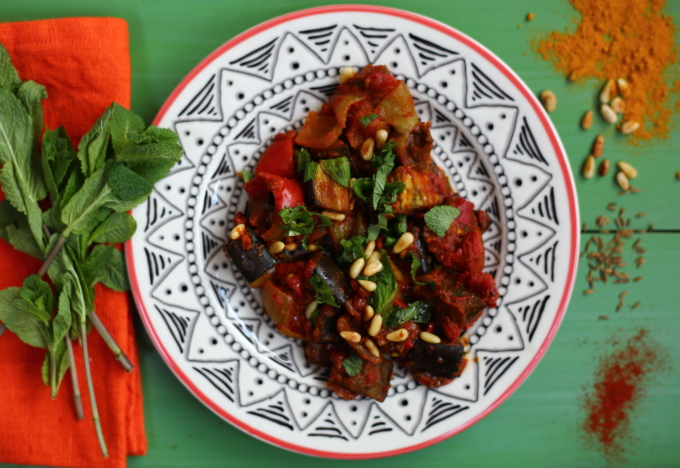 Bear with me writing about diets again, but it is still January. And what does ‘diet’ really mean? The word is usually associated with weight loss, of course, but there are ways to alter eating habits to bring both health benefits AND weight loss where needed. The honest truth is that many of us could do with losing a bit of weight, not to mention the fact that obesity is one of the major health issues the developed world faces now (in Australia, where I’m writing this, 70% the population are obese or overweight). The problem for mankind is that we evolved to hunt down the most filling foods – and now we are surrounded by them, they are hard to resist. To quote Dr David Katz of the Yale-Griffin Prevention Research Centre, “Only in very, very recent years, from a geological or evolutionary perspective, has our problem changed from having too little food and too much physical activity to having too little physical activity and too much food. We simply haven’t been able to catch up biologically.” Katz came up with his own solution – a system of food labelling called NuVal that rates food by nutritional value on a scale of 1 to 100. It’s used in thousands of supermarkets across the US and apparently has allowed customers to lose weight simply by trading up from their regular purchases to make more informed, nutritionally sound, choices. https://www.nuval.com/How

At Kale & Cocoa we certainly do talk a lot about ‘diets’ – the ones we hope will increase our health span rather than reduce our waistline. So I was interested to read a review of diets, published in North and South magazine in New Zealand, which assesses a variety of weight-loss plans in the context of their impact on our health and longevity. It’s a win-win situation – the best diets can help us lose weight if we want to and gain overall health.

It’s no secret that we are big fans of Dan Buettner’s Blue Zones project (read Annabel’s post here) and the diet came joint first in the review – for its variety, affordability and sustainability. In equal first place was another Kale & Cocoa favourite, the Mediterranean Diet – which provides the blueprint, as it were, for the Blue Zones Diet. The reviewers liked the emphasis on plant-based foods in the Medi diet and the fact that it can be adapted for the whole family. There’s no calorie counting in either of these diets and evidence shows they can reduce the risks of heart disease and cancer. But, the reviewers warn, it’s important to keep an eye on portion size to keep calorie intake under control.

In joint third place comes Weightwatchers for its proven ability to deliver slow, steady weight loss, group support and a points system which encourages healthier eating.  The low-carb, high-fat diet also comes third, which surprises me as it tends to lead to a higher saturated fat intake, but there is a lot of evidence that reduced carb intake does lead to weight loss – in the short term at least. This is closely followed by the ‘I Quit Sugar’ regime which is HUGE Down Under. Journalist Sarah Wilson has built an empire around encouraging people to cut the sweet stuff and focus on whole foods and cooking from scratch. https://iquitsugar.com

We are definitely cutting our sugar intake and every week new research shows its impact on health. In the last few days one report published in the Journal of Sleep Medicine links consumption of foods high in sugar on just one day to sleep disruption http://www.medicalnewstoday.com/articles/305157.php. And another report, this one released by the National Institute of Health, reveals that sugary drink consumption increases visceral fat – the stuff that wraps round internal organs and has been linked to an increased risk of heart disease, diabetes, Alzheimers and some cancers. So recent news that the NHS is to levy a ‘tax’ on fizzy drinks in hospital cafes is definitely a good thing. I’m sure it will raise money for the cash-strapped NHS, but why don’t they just ban the stuff?

So in the spirit of the low sugar, Blue Zone AND Medi diets, this week’s recipe is a low-calorie, vegetable-based, cooked salad (or stew, it’s very versatile). Serve hot over rice or stirred through pasta, or at room temperature alongside hummus and pitta bread.

Pre-heat the oven to 190C. Line a baking sheet with parchment and scatter over the aubergine, onion and red pepper. Roast for about 30mins or until starting to brown.

Transfer roasted vegetables to a saucepan and then add the passata, garlic, spices and 4 tbs of water. Simmer for about 20mins, or until most of the sauce has been absorbed by the vegetables. Stir occasionally and add a little more water if it starts to stick. Take off the heat and stir through the herbs. Sprinkle over the pine nuts when you are ready to serve.

« BOWIE, BOOZE AND TOMATO & COCONUT CASSOULET
FIGHTING BACK AGAINST CANCER, AND A FAMILY RECIPE »