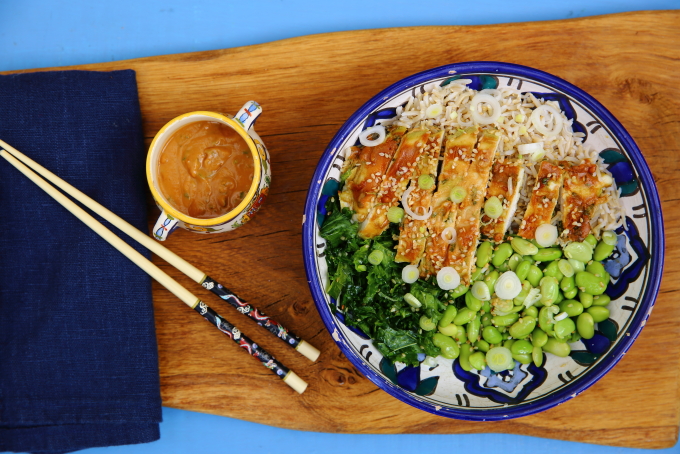 Wouldn’t it be lovely if there was just one thing we could do, one food to eat or one supplement to take which would slow down ageing? It would make everything so simple. But ageing is such a complex process that one quick fix is as likely as flying pigs.

There has, however, been a lot of interest in recent years in the role of one single molecule, in cellular ageing. It’s known as NAD+, which stands for nicotinamide adenine dinucleotide, and this coenzyme is critical for DNA repair and the transfer of energy from food to cells via the mitochondria. It’s particularly important in the brain, where it appears to help replenish neurotransmitters (the brain’s messenger service), slow cell senescence (when cells die or become ‘zombies’) and improve function.

NAD+ works on the ‘longevity pathways’, those information superhighways within our bodies which repair damaged DNA. Research shows it’s integrally linked to one of the key hallmarks of ageing – telomere length. (You can read more about telomeres here but – quick primer – these are the shoelace-like caps on the ends of our chromosomes, which protect strands of DNA from degrading). Having plenty of NAD+ in the tank, as it were, keeps those telomeres tightly bound so they remain long and strong.

NAD+ is found in every cell, but levels in the body decline with age (sigh). This process is exacerbated by:

WHERE CAN I GET SOME NAD+?

We can’t just buy NAD+ off the shelf, unfortunately, but we can make sure we consume foods which provide the raw materials our bodies need to create it. And, of course, the work that NAD+ does, activating the longevity pathways, can be replicated by intermittent fasting and short bursts of intense exercise (HIIT).

There’s an increasing market for supplements which give the body building blocks with which to create NAD+. The two most well-known being NR (Nicotinamide Riboside) and NMN (Nicotinamide Mononucleotide). If you’ve read David Sinclair’s book, Lifespan, you’ll know that he’s a proponent of NMN supplementation – he even gives it to his dogs!!

Annabel and I have debated this: after an initial trial of NMN supplements, Annabel balked at the cost (it’s not cheap) and decided that her lifestyle choices (a long overnight fast and regular exercise) provides the longevity boost she needs. I’m more pro-supplementation than Annabel, and when I’m on a hectic project my lifestyle needs support so I do take NMN from time to time (which I’m sure must make it less effective). I purchase it from a British brand called Youth & Earth (not sponsored by them etc etc but wanted to share if you’re interested, they often have deals). And I keep it in the fridge.

Another precursor to NAD+ is essentially a B vitamin, B3, also known as niacin. It helps the body convert food into energy. Niacin also lowers levels of ‘bad’ cholesterol and triglycerides, reduces oxidative stress and inflammation, and boosts brain function by supporting production of the ‘happiness hormone’ serotonin. It’s water soluble which means we wee it out rather than store it in the body, so we need to keep levels topped up. In the UK, the NHS  recommends 16.5mg of niacin a day for men, and 13.2mg for women.

It’s possible to supplement with niacin (be aware that over-supplementation can cause dizziness and flushing), but there are plenty of food sources. Find niacin in:

An essential amino acid, tryptophan, can also be converted into NAD+ in the body, but a lot less efficiently than niacin. Tryptophan is found in many of the same foods as niacin, and also turkey, eggs, pumpkin and sesame seeds, tofu and soy, chocolate.

If you’d like to know more about the best nutrients for brain health, there’s still time to book my Feed Your Brain Masterclass on Tuesday Feb 2nd at 7pm. I’ll talk you through some of the latest research into eating to reduce dementia risk and share some really easy strategies for making sense of the science in our own lives. Tickets are available via Eventbrite here:

I’ve got giveaways and recipes too, so do join me! And don’t worry if you can’t make that date or time – sign up for a ticket and I’ll send you a replay link the next day.

I’ve put as many niacin-rich foods as I can into one recipe to create a hearty bowl of deliciousness.

Pre-heat the oven to 180C. Mix the sauce ingredients in a small bowl. Put the chicken breasts between two sheets of greaseproof paper and bash with a rolling pin to flatten them out slightly (you want to increase the surface area by about 1/3). Place the chicken breasts in a roasting dish and smear them with half the peanut sauce. Bake in the oven for approx. 20 minutes until they are cooked through.

Meanwhile, cook the brown rice, and either throw in the edamame beans for the last 5 minutes, or pop them into a steamer on top of the rice as it cooks. Put the kale into a bowl, add the oil and season well with salt and pepper. Massage the kale for a couple of minutes until it starts to collapse.

Let the chicken rest for a couple of minutes then slice into strips. Serve on top of the drained rice and edamame beans, with the kale and remaining peanut sauce alongside. Sprinkle spring onions over the top.

« WHAT’S HAPPENING IN YOUR BODY AS YOU AGE, AND A BRAIN HEALTH MASTERCLASS
WHAT ALL NEUROSCIENTISTS EAT TO PROTECT THEIR BRAINS AND AN EAT WELL TO AGE WELL COURSE »