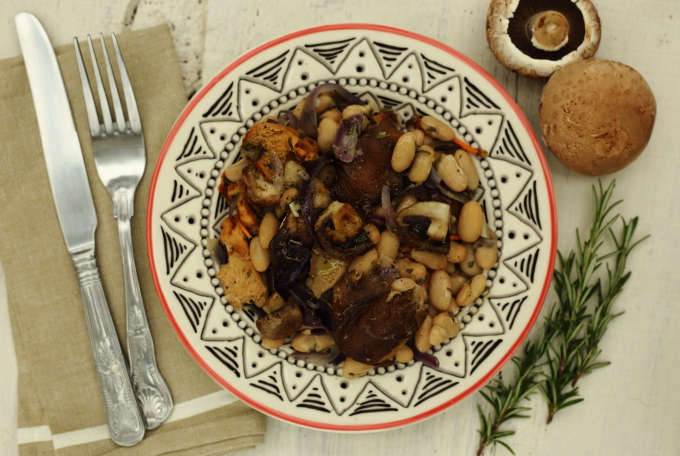 My short-term memory has been appalling during the last few weeks.  I like to think it’s because I’ve run out of green tea and been too busy to replace it.  But I suspect it’s the busy-ness that’s caused the problem.  At a recent party I was barely able to have a fully-functioning conversation and spent most of the time either ‘umm-ing’ or apologising for having forgotten my friend’s name, where I went on holiday, the names of my children, the age of my dog etc. etc. Hopeless!

But then I read some studies and articles on rosemary.  Yes, the humble herb that anyone can grow.  If you don’t have a pot of this extraordinary herb, go out and buy one now.  For those of you that know your Shakespeare, you’ll remember Ophelia saying “There’s rosemary, that’s for remembrance.”  And it appears she was right.

Recent studies have shown the olfactory power of rosemary: inhaling it improved cognitive function in Alzheimer’s patients; inhaling it calmed pre-exam students by lowering their cortisol levels; inhaling it increased alertness and helped destroy free radicals. And so on. I’ve moved my pot of rosemary from the kitchen to my desk, but a bottle of essential oil would work just as well.  After all, who doesn’t want to be simultaneously calm and alert?

But it’s the memory-boosting compounds that have really caught my eye. Rosemary contains a range of powerful phytochemicals – rosmarinic acid, camphor, caffeic acid, – and two potent antioxidant compounds, carnosic acid and carnosol (as well as iron, calcium and B6).  All of these have benefits.  But it’s the carnosic acid in rosemary that particularly aids the brain, helping to protect against the effects of beta-amyloid plaque (if you follow us regularly, you’ll know that beta-amyloid plaque is thought to cause Alzheimer’s). Studies in mice and rats have demonstrated rosemary’s ability to improve memory and reduce neurodegeneration while a fascinating study run by Professor Moss at Northumbria University, found that people in a room infused with rosemary oil had significantly better ‘future memories’ (that’s the ‘I must remember to’ memory).  There’s an excellent account of this experiment, as witnessed by a doctor, at http://www.bbc.co.uk/news/magazine-33519453. Rosemary also contains the flavonoid, luteolin, which an American study found to increase spatial working memory in mice.  That’s the bit of memory which helps you remember where you parked the car or how to find your way out of a shopping mall.

Meanwhile, rosmarinic acid has been listed in a recent study as having anti-inflammatory, antiviral, antibacterial, antidepressant, and anticancer properties.  Several studies are now investigating the role of rosemary in cancer and eye health.  Read more at http://www.medicalnewstoday.com/articles/266370.php.  One report found that adding rosemary to minced beef reduced the development of the cancer-causing agents that can arise when cooking meat – read our post on cooking and cancer here.

To get these benefits you need to add more than a single leaf of rosemary to a dish. I always considered rosemary to be too overpowering for generous use in cooking.  But I’ve been experimenting and can confidently admit I was wrong.  The recipe below is an Italian dish, uses several rosemary spears, and tastes all the better for such extravagance!  I’m eating this regularly at the moment, not just for the sake of my threadbare memory but because it takes five minutes to prepare and tastes delicious. This recipe serves 2-4

WHITE BEANS WITH MUSHROOMS AND ROSEMARY

Saute the onion and rosemary until the onion is just cooked.  Add the mushrooms and leave for a few minutes until soft. Add the beans.  When everything is cooked and hot, drizzle with extra virgin olive oil and season to taste.  Serve with a green salad or some wilted spinach.

« INFLAMMATION, TURMERIC AND A SIMPLE FISH CURRY RECIPE
ARE YOU GETTING ENOUGH? FIBRE, THAT IS…. »