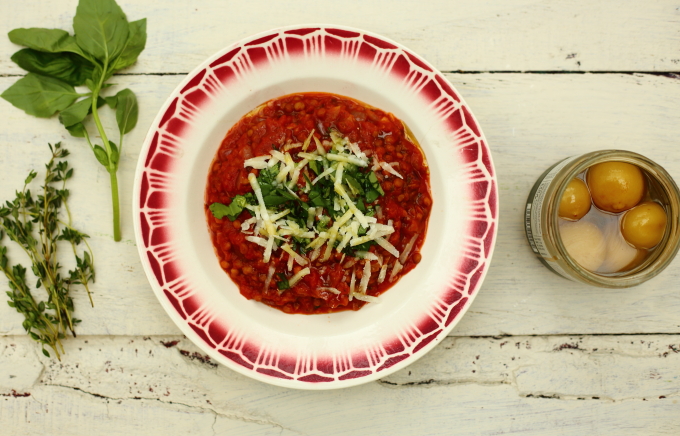 The most difficult chapter of our book to write (so far) has been the chapter on air pollution and what it’s doing to our bodies and brains. Why so difficult? Not because of the lack of research (oh no, plenty of that!), or the complexity of learning about PM2.5 (relatively simple compared to grappling with gene technology or the intricacies of molecular biology). Nor is it difficult because of any violent and emotive disagreement among the scientific community (as in the case of salt and coconut oil, for example).

No, it’s difficult because it’s utterly depressing. And it’s depressing because it appears to be something we have absolutely no control over. We can take responsibility for our diet, our exercise, even our stress levels and sleep quality. When we make these lifestyle choices we quickly see the effects on our waistline, our memory, our energy levels, even our hair.

But – until today – the rising levels of pollution appeared to be something totally out of our control. We can stop owning a car (as Susan did for many years) or go electric, or write endless letters of complaint (as I do on sleepless nights), but still the ceaseless rumble of traffic continues, not to mention the endless spew of industrial pollution. Indeed, a recent study found current air quality to be the worst on record, with nine out of ten people regularly breathing air in breach of WHO guidelines. Meanwhile a rising tide of reports suggests air pollution is destroying not only the natural world as we know it, but our health, contributing to (and possibly causing, we just don’t know) the chronic diseases of our times.

So imagine my joy when a report popped into my in-box this week, suggesting that we may be able to protect ourselves and our families from the onslaught of pollution. Yes, I jigged round the kitchen selfishly distracting my daughter from her revision. And this is the reason I’m not writing about foods to help your darlings revise (in a sentence: blueberries or orange juice two hours before an exam; leafy veg at least once a day; a multi-vitamin every day during the exam period; plenty of water while revising and during exams; a few squares of dark chocolate just before an exam; oils of rosemary, peppermint or sage in a diffuser while revising; too late for oily fish but hopefully they’ve been consuming it twice a week for the last six month. Bingo!).

But back to this most optimistic of reports: A 17-year study following almost 549,000 older Americans found that eating a Mediterranean Diet offered protection against some of the harm of long-term exposure to air pollution, reducing the risk of dying from heart attacks, stroke and other causes of death associated with pollution. We’re already huge fans of the Med diet – we’ve written about it here and here – but, to me, this really is the feather in the Med diet cap.

The study, carried out by New York University’s School of Medicine, looked at the impact of three types of pollution: PM2.5 (the invisible motes known as particulate matter, linked to heart disease, dementia and asthma); nitrogen dioxide (NO2, linked to lung and respiratory disease); and ozone (linked to respiratory failure and premature death). All three are typically included in the cocktail of pollutants we call air pollution.

The researchers found those eating a Med diet had more than twice the immunity from cardio-vascular deaths (linked to rising NO2 levels) than those on a regular diet. The results were even stronger when they analysed cardiovascular deaths linked to PM2.5. While these increased by 17% for every 10 micrograms per cubic metre increase in PM2.5 exposure, among Med diet eaters there was only a 5% increase in mortality. A similar story unfolded when researchers analysed deaths from heart attacks. In each case, those on a Med Diet appeared to have protection. This is very complicated research that I’ve simplified (read the full story at https://www.sciencedaily.com/releases/2018/05/180521131837.htm). But the take-away message is clear: If you’re not eating a Med-style diet yet, don’t hang around. Scientists think it’s the antioxidants that might be protecting us… Incidentally, ‘Diet’ isn’t quite the right word, it’s more a lifelong way of eating.

One caveat however, when it came to long-term exposure to ozone, the research was less optimistic: the Med diet offered no protection at all. I’ll leave the final words to the study author, George Thurston at the NYU School of Medicine.

“Our results are consistent with the hypothesis that particle air pollution caused by fossil fuel combustion adversely affects health by inducing oxidative stress and inflammation…. The ozone effect was not significantly blunted by a Med diet, so ozone apparently affects cardiac health through a different mechanism.”

Actually, I’ll write the final words myself. This is no reason to stop fighting for cleaner air. There are lots of fantastic charities battling the titans of commerce and industry on very limited budgets. Please support them. Or visit www.healthyair.org.uk (if you’re in the UK) and learn how to write to your MP. Please leave a comment if you want to recommend any organisations or charities working in this area.

BRAISED LENTILS IN A RICH TOMATO AND PRESERVED LEMON SAUCE

I’ve been making this lovely braised lentil and tomato dish, heavy with the flavour of preserved lemons, fresh thyme and basil. With such generous use of herbs, it’s positively bursting with polyphenols and plant bioactives, ticking every box in the Med Diet list. It comes from a charming cookery book by a New Zealander called Eleanor Ozich who changed her family’s diet in order to (successfully) cure her daughter’s severe eczema. Simple and tasty recipes, her book’s called My Petite Kitchen Cook Book. Serve with something green – a salad or some wilted chard, perhaps.

Saute the onion, garlic and thyme in the olive oil for about 5 minutes.

When the onion is softened, add the lemons, lentils and tomatoes. Simmer for 20 mins.

Stir in the basil. Season with salt and pepper.

Serve with a drizzle of olive oil and scattered parmesan. And tuck in!

And now the boring but important bit – as you may know, the new data protection law (GDPR) comes into effect this week and we wanted you to know that we never, ever use your personal email address, except to send you our weekly update. We’re working on a new privacy policy (and a whole new web site!) which will outline your rights as an individual under the new law. If you’re happy to keep hearing from us, you don’t need to do anything. If you’d like to stop subscribing, however, simply unsubscribe yourself at any time (although we hope you won’t, of course!).

« YOUR BRAIN WANTS YOU TO LOOK AFTER IT RIGHT NOW, and griddled asparagus with miso dressing
WHY ‘INFLAMM-AGEING’ COULD START IN THE GUT AND HARISSA-ROASTED VEGETABLE SALAD »