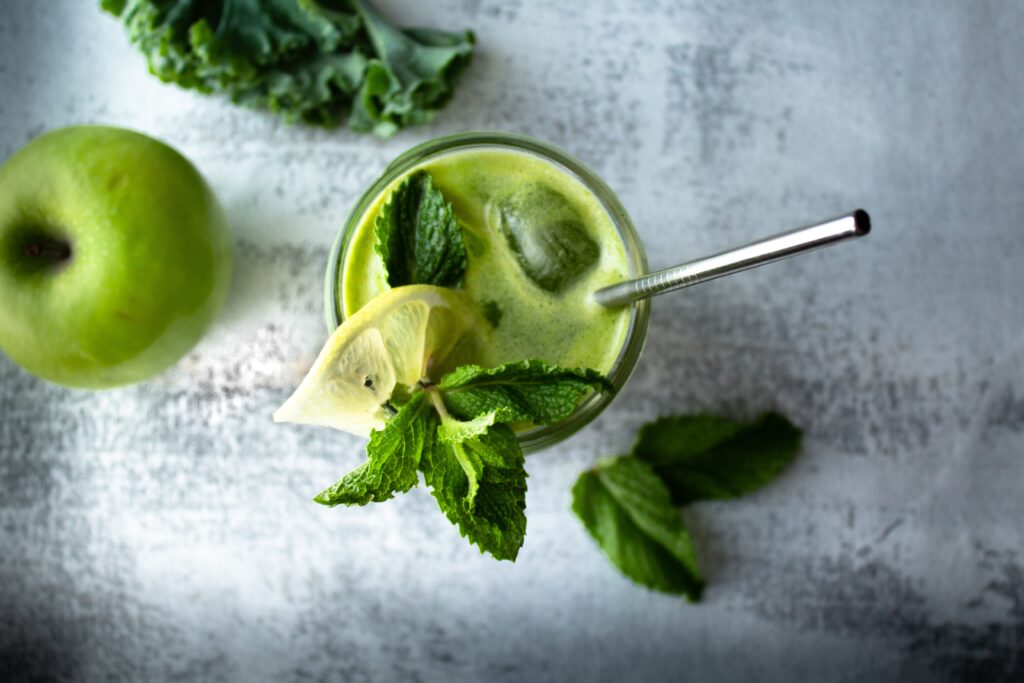 We’ve long extolled the virtues of the Mediterranean diet as one of the most effective ways to age well. Heavily researched for decades, it’s the gold standard nutritional pattern for healthy longevity. A quick primer: the Mediterranean diet isn’t a ‘diet’ at all, but a way of eating traditional to southern Europe. It’s heavy on brightly coloured vegetables and fruit, beans, pulses, olive oil and herbs; it includes whole grains, nuts, fish and a little red wine, and limits red meat, processed foods and sugar.

It’s a way of eating which grew out of poverty and lack, where processed food, sugar and meat were too expensive to consume regularly or simply not available. Following the diet has been linked to a reduction of almost all the chronic conditions of ageing, and a lower risk of death overall.

Sounds pretty good, doesn’t it? But now a research programme based in Israel has put a new spin on the Medi diet, creating a ‘green’ version to amplify the effects of the traditional one.

HOW THE GREEN MEDI DIET WORKS

The Green MED Diet limits calories to 1400 a day, and includes 28g (1oz) of walnuts, several cups of green tea and a dinner replacement of a green shake made from 100g of duckweed. DUCKWEED?!? If that’s your reaction, then it’s the same as mine. I’d never heard of Mankai duckweed, aka water lentil, until I read this research. It’s a high-protein, aquatic plant which is sold in powdered form.

In the interests of research, and on your behalf, I bought a tub of duckweed from Victoria Health. It’s very green indeed and 500g cost me £22 + postage. So 100g a day would work out at about a fiver a day. Not cheap. It’s mild in taste and I don’t notice it in smoothies. Chugging back 100g of it in water was a bit of challenge, but I felt I had to take one for the team. Not sure I will again though. Its nutritional content is impressive – it’s a good source of B12 and contains all nine amino acids.

The participants in the Israeli study also took part in physical activity programmes based on aerobic exercise, including free gym memberships. It’s worth noting that all the participants were obese and/or had high cholesterol levels when they started the programme.

WHAT DID THEY FIND?

Late in 2020 the research team published on the impact on heart health of following the Green MED Diet for six months. They found that participants lost weight – around 6kg on average: unsurprising considering the low calorie intake. Other cohorts in the study followed either the traditional Medi diet – and lost around 5.5kg – or a diet based on standard ‘healthy guidelines’ where participants lost 1.5kg.

But what really sparked my interest in this research were findings, published last month, that following the diet seems to slow age-related brain atrophy. The researchers discovered a significant reduction in brain atrophy over 18 months in those who adhered to both Mediterranean diets: with greater magnitude in the green-MED group, specifically among participants over age 50.

WHY DOES IT WORK?

Harvard Professor Meir Stampfer, who we interviewed for The Age-Well Project, is an author on the research, “The Mediterranean diet has proven benefits, but we thought it might be improved upon by adding more foods rich in polyphenols and further reducing red meat,” he said.

Polyphenols are the active element in plants, the antioxidants which have a powerful impact on our health. We’ve written before about oxidation – that rusting process inside our bodies which builds up as we age. When we eat plants, they gift us the powerful systems which protect them from disease and predators to help us with that oxidation process. I talked about polyphenols in depth in my Age-Well Reboot webinar last week- you can catch the replay here.

The Green MED research team believe that the abundance of polyphenols in the diet delivers anti-inflammatory antioxidants which cross the blood brain barrier. This reduces inflammation in the brain and allows it to create new neurons in the hippocampus (the learning and memory centre of the brain). The researchers used MRI scans of the brain to track increased volume in the hippocampus of participants.

Of course, if you take a group of overweight people who don’t exercise and put them on a strict diet full of good things, their health is bound to improve. But would you drink a daily (large) dose of duckweed for improved brain health? Let me know in the comments below. Annabel’s already told me she won’t be downing duckweed! I can’t say I’ve added it to my Age-Well routine. but I am using up the large tub I bought in smoothies and dressings. And I’m taking the key learning from this research and making sure I get all the benefits of polyphenols from lots of green veg and green tea.

Would you like complete clarity about what to put on your plate each day to age well? I’m running my Eat Well to Age Well online course again to help you make – and stick to – healthy food choices so good nutrition for longevity becomes effortless. We start on Tuesday Feb 15th at 0800 GMT. Click here for all the details.

« FOR A FUTURE WITHOUT FALLS… GO BAREFOOT!
ARE YOU GETTING ENOUGH LIGHT? ENOUGH DARK? »