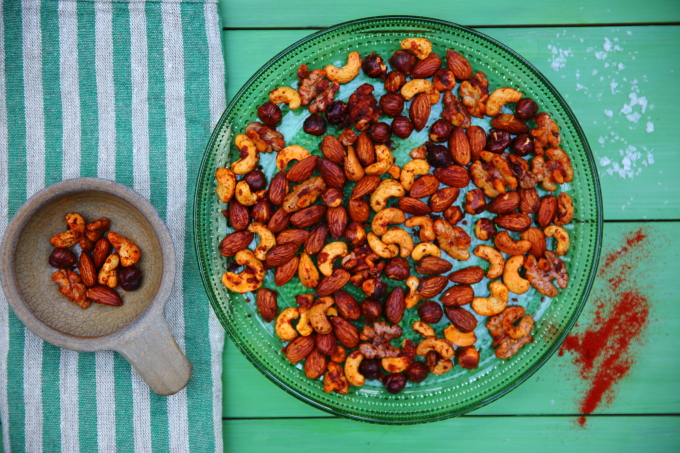 The talk in geroscience circles over the last fortnight has been all about selenium: can selenium supplements give us the longer healthier life we want?  The excitement was sparked by an experiment that found mice given selenium supplements had an improved health span (a longer disease-free period at the end of their lives).

How does this work and might it work on humans? One of the proven methods for increasing health span in many non-humans is by restricting consumption of an amino acid called methionine, which is found in meat and fish. In other words – by following a vegan diet.

How – and why – this happens is complicated (you can read the nitty gritty here). But the researchers involved in this study found that selenium supplementation protected against weight gain and fat accumulation in mice, partly by reducing the amount of circulating leptin, the hormone that makes us feel hungry. Selenium supplementation also appeared to cut levels of an energy-regulating hormone called IGF-1 that, in excess, can reduce our longevity – again no one is quite sure how or why this happens. Excessive IGF-1 can be spurred by a high-protein diet (although apparently cheese is exempt – phew!).

So why not simply follow a vegan diet?  Studies of vegans are surprisingly few and far between. But there are a few – and yes, vegans often have fewer diseases of old age, with consistently lower rates of cancer and cardiovascular disease. However, their mortality rates are comparable with vegetarians and sporadic meat eaters. So we’re back to the importance of a plant-based diet.

I digress…back to the mouse study.  When I dug a little deeper, it turned out that selenium supplements were doing little more than preventing ‘diet-induced obesity’.  Only the fat over-eating mice benefitted. And yet this study of selenium got me thinking: because selenium is clearly affecting certain molecular pathways.  Besides, many of us are (apparently) selenium-deficient.

Nor is this the first time selenium has been on the lips of longevity experts. It came to the fore during Covid (Susan mentioned it here) when low levels were linked to greater severity of illness and a 3-5-fold greater chance of dying.

Since we last wrote about selenium, its role in Covid has been studied in more depth, with the most recent report concluding that:

Meanwhile other studies have shown associations between good selenium levels and strong bones.  But not when the selenium came from supplements. Supplements had no effect on bone health in two recent studies.

So what to do? Well, ignore any studies on mice. We look at them out of interest – and sometimes they raise intriguing possibilities – but we’d never advise changing your diet based on rodent research.

However, selenium clearly plays a crucial role in supporting our immunity and in amplifying our chances of a healthy lifespan. A recent book suggests many of us have levels of selenium that are between 15 and 40% lower than they should be (so says cardiovascular surgeon, James DiNicolantonio, in his new book The Immunity Fix), partly because of our grossly depleted soil. Which is to indicate that organic produce may contain more selenium.

To get adequate selenium you don’t need supplements.  And given that studies show they frequently don’t work, why waste your money? Eggs, shellfish, beans and Brazil nuts (especially Brazil nuts, 3 of which will give you all your daily selenium) are rich sources.

And so today I give you my new favourite recipe for nuts, which includes as many Brazil nuts as you like. I’d run out when I took the picture, but normally my mix would be about a quarter Brazil nuts, although any nut mix works.  The harissa and paprika add a good shot of carotenoids to boot.

Perfect to accompany that celebratory glass of your favourite tipple, as we gently ease back into normality (all going well).

Toss everything together in a bowl so that the nuts get a good coating of oil, spice and salt.

Then roast the whole lot – evenly spread out in a roasting tin –  for 12 minutes. Leave to cool, although I’m rather partial to a warm-ish spiced nut…

Leftovers can be stored in the fridge.

« OUR 12 COMMANDMENTS FOR AGEING WELL, PRINCE PHILIP AND MORE
WHY YOU’RE NOT GOING TO BED, AND WHY YOU SHOULD »