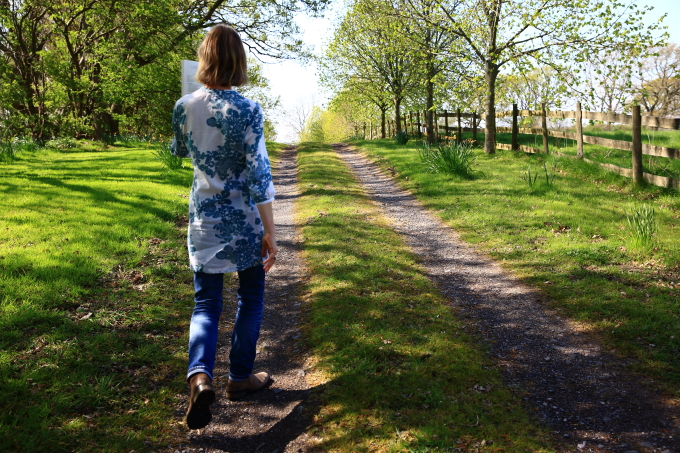 One of the questions we’re often asked is: How can I improve my memory?

Few of us beyond mid-life can claim to have a perfect in-our-twenties memory. But is this natural ageing or can we do something about it?

After I hit my head on a London pavement and cracked my skull, my memory disappeared entirely, reappearing in haphazard and disorienting splinters. But reappear it did. I worked hard at various memory exercises, and ingested plenty of green tea and blueberries, both thought to improve memory (along with mushrooms). As a result – and rather hearteningly – my memory is now better than before. Not quite in-my-twenties, but better than in-my-forties. Meanwhile I’ve been trialling a new technique for committing something to memory. It involves walking backwards and – oddly – it seems to work. Scroll down to read more.

Meanwhile a new study, conducted by a bunch of American neuroscientists, has identified several factors for keeping our memories sharp beyond the age of 55. They believe their findings could have implications for fending off Alzheimer’s disease, which often first presents as failing memory.

Peggy McFall, the study’s author found that adults with healthy memory were more likely to engage in regular social activities, such as hosting parties (so there’s your excuse, folks). They were more inclined to grapple with mentally challenging activities like using a computer or learning a second language. For all adults aged 55 to 75, healthy memory was associated with lower heart rate, higher (yes, you read that correctly) body mass index (BMI), and a larger network of companions. Adults over 75 with good memory also walked faster and had fewer symptoms of depression.

Those with declining memory were typically those engaging in fewer new cognitive activities. They also had higher heart rates, walked more slowly and engaged in fewer social activities.

Chicken or egg? McFall suggests neither. She thinks engaging in cognitively demanding activities and walking faster are things we could do to delay or even prevent cognitive decline. So, if you’re worried about your memory or your ability to focus:

This term I’ve enrolled for an oil painting class and I’m learning French (again). Susan is grappling with our website and planning a party.

You may have read in the news recently about the use of electrical currents to ‘rejuvenate’ memory. If not, you can catch up here. To me, this has shades of the electric shock treatment endured by Sylvia Plath, Janet Frame and many others. Until there’s more robust data I won’t be trialling it.

Finally, let me share my new walking-backwards tip. If you’ve mislaid something or you’re learning something you don’t want to forget, try walking backwards – to either jog your memory or to commit something to memory. I’ve tried it. It seems to work. For me, at any rate.

A study published in the January issue of Cognition found that people who walked backwards, imagined they were walking backwards, or even watched a video simulating backwards motion had better recall of past events than those who walked forward or sat still.

We don’t know why. But according to Dr. Daniel Schacter, Professor of Psychology at Harvard University, it might be because we associate going backwards with the past, which could trigger a memory response.

Numerous past studies have found links between motion and memory. This study, however, involved 114 people in six different memory experiments where they were shown: a video of a staged crime, a word list, or a group of images. They were then asked to walk forwards, walk backwards, sit still, watch a video that simulated forwards or backwards motion, or imagine walking forwards or backwards. Then they answered questions relating to what they’d seen.

In all cases, people involved in reverse motion (either real or imagined) were better able to recall information than those sitting still. In five of the six experiments, memory was better when people moved backwards than when they moved forwards. On average, the boost in memory lasted for 10 minutes after people stopped moving.

This suggests that a motion strategy might help us recall past events, anything from where we’ve left the car keys to the names of our new neighbours, to what we did on our tenth birthday.

In the meantime, will walking backwards help boost your short-term memory? Dr Schacter says, “It may be worth trying.”

And so I did. April is national poetry month so I decided to test Dr Schacter’s theory by learning a poem (God’s World by Edna St Vincent Millay) while walking backwards. I learnt the first verse while walking backwards and the second verse while standing still. It took me fifteen minutes to learn the first five-line verse. It took much longer to memorise the second verse, despite repeated (motionless) attempts. This is entirely anecdotal and wasn’t carried out in a controlled, clinical environment. Later on, when I forgot several lines, I tried retrieving them in a sedentary position and then by walking backwards. Oddly, the reverse motion prompted a much faster recall. So next time I’ve forgotten something I’ll be walking backwards when I attempt Recall. If anyone wants to try it for themselves, please let us know how you get on.

« NATURE PILLS AND JAMMY EGGS: how to age well this Easter
CREATIVITY, TWO BABIES AND PLENTY OF GIVEAWAYS! »