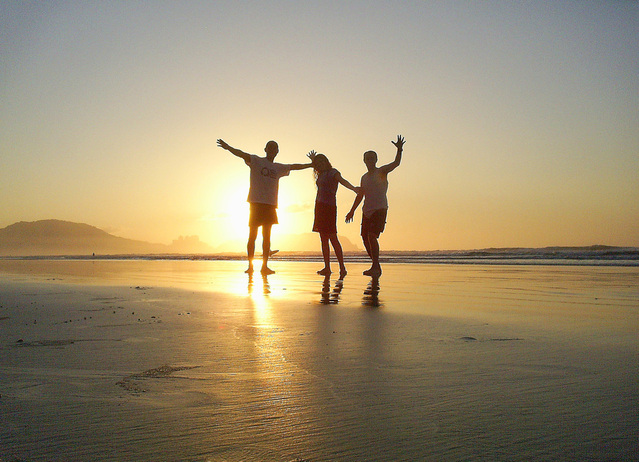 It turns out – as if we didn’t know – that health really is wealth. A report on personal wellbeing published by the ONS (Office of National Statistics) this week reveals we rate good health as the key to happiness. What the research doesn’t answer is what comes first: do we feel good because we are healthy; or get healthy because we feel good? Either way, it’s another reminder that prioritising good health when we can reaps benefits beyond the physical.

Marital status also appears to impact our wellbeing, with married people reporting higher life satisfaction. Marital status appears to matter more for people’s wellbeing now than it did six years ago (when the survey was last undertaken).

In our book, we report on the age-well health benefits of marriage (for which, read: long-term settled relationship or civil partnership). Heart disease is less prevalent in married people than unmarried, divorced or widowed people. A meta-analysis of 15 studies, involving over 800,000 people worldwide, found that lifelong single people had a 42 per cent elevated risk of dementia compared with their married counterparts. The report’s author explained that it’s not the fact of putting a ring on it that counts, but the social interaction and greater attention to health that marriage brings. And we were fascinated to learn that marriage is particularly favourable for one of the sexes, healthwise – but you’ll have to read the book to find out which.

Go out for dinner…..

Regardless of marital status, the report also finds that treating ourselves can give great pleasure. People who spent a high share of their money on hotels and dining out showed the highest levels of satisfaction with life, suggesting that enjoyable experiences and special occasions make us happier. This does sound like stating the bleeding obvious, of course, but it’s not the amount spent that counts: it’s the share of income. So the occasional night out, or cheeky weekend away – regardless of budget – is a worthwhile indulgence if the result is happiness.

And for those of us grappling with the complexities of midlife, it’s good to know that things get better. Younger and older people say they are very satisfied with life, with a dip among the middle aged. We just need to hang on till 60, apparently, and then it all gets better!

It’s Mental Health Awareness Week so there’s no better time to think about our levels of life satisfaction and how to improve them. There’s more information about the Week, and how to seek help, here.

Annabel and I are off to a TV studio in East London tonight to record an interview about the book for an Australian TV show – Weekend Sunrise. So if you’re reading this Down Under, do tune in and watch us on Saturday morning!