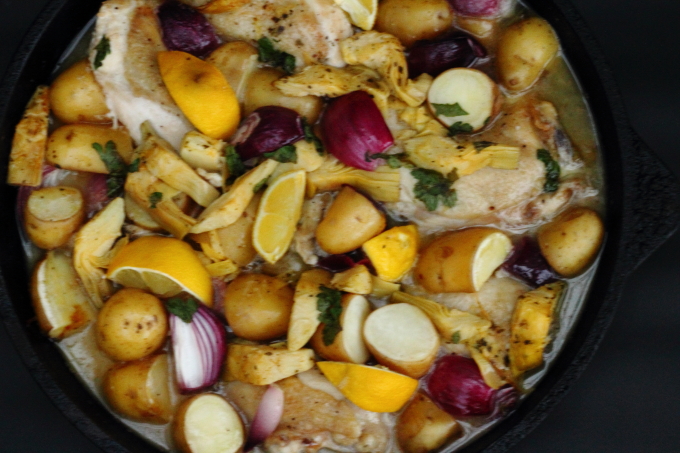 I spent this morning at the Foundling Museum.  For those you that don’t know it, the Foundling Museum is one of London’s best kept secrets, with a lovely newly opened café (which I whole-heartedly recommend).  The museum currently has a small but intriguing exhibition (hurry – ends 8th January) on the food fed to its permanent residents, namely the 400 foundlings that called it home over a period of almost 200 years.

The brochure accompanying the exhibition includes four recipes for gruel (now better known as porridge and a dish that we’re very partial to at Kale & Cocoa).  The most basic recipe (delightfully known as Workhouse Gruel) is nothing more than oatmeal and water, while the luxury version (known as Governor’s Gruel), rather deliciously includes wine, cream, egg yolks and currants.

In pride of place at the exhibition are the weekly menus served by the hospital: an unvaried daily diet of meat, potatoes and (sometimes) a vegetable, along with half a large loaf of bread (per child) and, of course, gruel.  I’ll be honest. Although this was a century ago, the food served was more nutritious than the meals I’ve recently seen in my local NHS hospital (don’t ask…).

The Foundling Hospital got through 750 kg of bread each week – brown for the children and white for the staff.   And probably around the same weight in potatoes (both were considered very nutritious).  It’s a diet still followed today by many institutions wanting to replace unruliness with order.  When my brother ran a series of shelters for homeless men, he explained that a starchy, high-calorie diet was often fed to the more disruptive ‘inmates’, to encourage them into a manageable state of docility.  I’m told it’s a policy also used by Her Majesty’s Prison Service. Sadly, it’s never worked on my children who seem to become livelier as the night wears on, regardless of how many starchy carbs they’ve consumed.

In homage to London’s foundlings (and because I’m very busy, like all Mums at this time of year, and in need of ultra-fast family food), I’m serving Sicilian Chicken with Potatoes and Artichokes tonight.  The potato has been much maligned.  Nutritionists rescuing it from its bad press say it’s a good source of vitamins, minerals and phytochemicals and may protect against inflammation.  Try and keep the peel on. Read more at http://www.medicalnewstoday.com/articles/280579.php.   But, more interestingly, artichoke hearts (which I like because they come out of a jar or can which means I can stockpile them for busy days) are ranked as one of the top 100 food sources of polyphenols. Our regular readers will know that polyphenols are micronutrients thought to play a sizeable role in preventing degenerative disease.  Catch up on the power of the artichoke at http://blog.lifeextension.com/2016/08/the-health-power-of-artichoke.html.  You can read more about the fabulous Foundling Museum at http://foundlingmuseum.org.uk/

This dish is so easy it virtually cooks itself.  You can serve it from the pan too, always a bonus in my view.  Serve with bread, for a true Foundling experience.  Or, even better, serve with a green salad.

Preheat the oven to 200C.  Arrange the ingredients in a wide pan.  They should be almost covered by the wine, if not either add more wine or some water. Season. Add a lid or cover with foil.

PS I sometimes add whole, unpeeled cloves of garlic.  You could also replace the potatoes with butter beans or sweet potato.