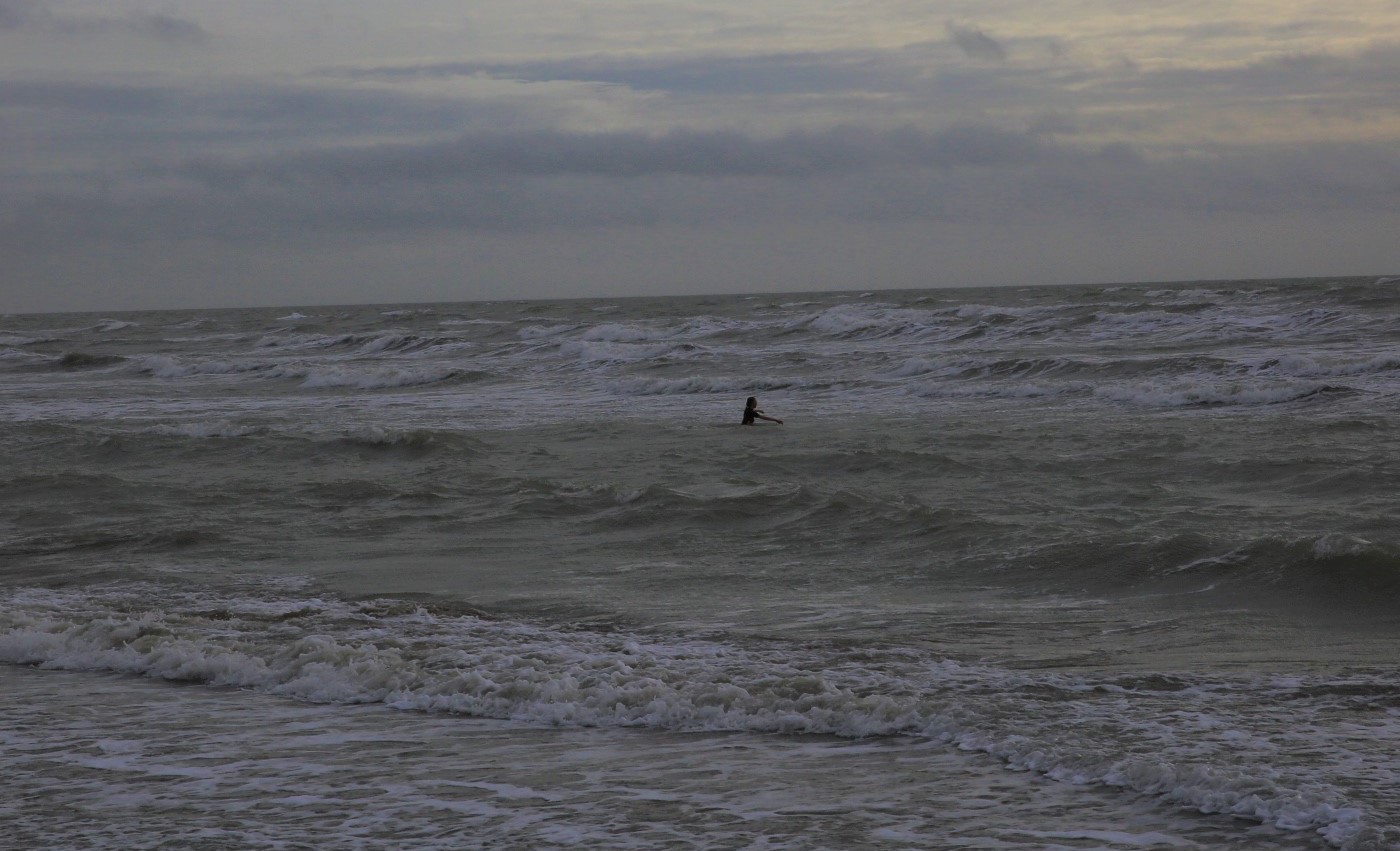 Last week Teenage Daughter asked me to go for a sea swim with her.  It was February. It was cold. I had just rolled out of my deliciously warm bed. But having spent the last year saying ‘No’ to all her requests (Can I see a friend? No. Can I go out? No. Can I have a friend over for my birthday? No.) here – at last – was a request I could agree to.

Besides, I’ve been taking cold showers for years.  Surely the sea couldn’t be any colder?

It was. Infinitely colder. And instead of returning to a warm bathroom (with a towel warmed from a heated towel rail), we emerged to a gale of icy wind, stumbling across a floor of cold sharp pebbles. It was, however, exhilarating.  Indeed I loved it so much, I rushed back in, not once but twice.  I’m not sure seasoned regulars behave with such puppy-ish euphoria. But, as you know, we’ve had a tough winter – and immersion into near-freezing water sweeps away all thoughts, worries and emotions.  Which is how the brain works: in order to focus on the most urgent and pressing of matters (staying alive in numbingly cold and extravagantly rolling waves) everything else is pushed aside.

Could this be why a recent study found cold-water swimming so effective at improving mental health? In this study 61 individuals began sea swimming and continued for ten weeks.  During the experiment the swimmers reported falling tension, reduced anger, less depression, plummeting confusion and fewer mood disturbances. After ten weeks they felt more energetic, having also experienced significant improvements in their wellbeing.

According to Dr Mark Harper, who was involved in the study, cold water swimming reduces inflammation.  He says that, because inflammation is linked to depression, this could explain why cold water enhances our feelings of wellbeing.

Possibly. But there may be a simpler, less scientific reason for why a cold swim makes us feel on top of the world.  Firstly, we are fully awakened while having all thoughts of our own plight rudely over-ridden.  Secondly, having survived such an assault, we feel invincible.  How can the day throw anything worse at us?

Either way, it appears that cold water swimming may be as good for the body as it is for the mind. Last year, researchers from Cambridge University found that regular cold-water swimmers had a cold-shock protein in their blood capable of delaying the onset of dementia.  In mice, cold water immersion has been found not only to delay dementia but to reverse some of the damage caused by the disease.

So what about my hot-to-cold showers? Are they doing anything other than waking me up? Well, a  study  of over 3000 Dutch people found those who routinely ended their shower with a 30-second blast of cold water had 29% fewer symptoms of illness, colds or flu, than normal. In this study, the 30-second blasters had the same results as the 60-second and 90-second blasters. So if you fancy trying hot-to-cold showers, there’s clearly no benefit to enduring any more than 30 seconds of chill.

Other than that, the evidence is scant.  We know that regular sauna-goers have less heart disease. And we know that Wim Hof (aka Ice Man) sits in barrels of ice for hours on end and is still very much alive. We also know that many of the participants in the Dutch study enjoyed their cold dousing so much they carried on turning the temperature right down for the last 30 seconds of their daily shower, long after the experiment was over. Asked what they liked most, they said it was the subsequent feelings of energetic alertness – comparable to caffeine.

Before my swim, I called my sister-in-law – an habitual sea-swimmer-in-all-seasons – for advice.  She told us to focus on our breathing and not to think about the imminent shock.  It was good advice. But we should point out that cold water can kill. Drowning, hypothermia, sudden cardiac arrest. If you’re tempted by a dip but not habituated to icy water, my advice is to start with a few seconds of cold at the end of your shower, and increase the duration – slowly and over time – until you get to 30 seconds.  By doing this we accustom ourselves to being in cold water, perhaps the first step to wintry wild swimming.  Then speak to your GP. And, of course, never swim alone (we suggest you follow the advice for safe wild swimming here.

Cold water is not for everyone.  Last week a new study revealed that some of us carry a gene mutation that makes us less susceptible to the cold. One in five of us are resilient to cold temperatures because we’re deficient in alpha-actinin-3 (ACTN3). This means we can maintain our core body temperature much better. But here’s the interesting bit: ACTN3 is more likely to be found in slow twitch (or type 1) muscle fibre.  Muscles are made up of slow twitch (type 1) and fast twitch (type 2) fibres.  People good at short bursts of exercise (like HIIT fans and sprinters) have more fast fibres.  According to Dr Lisa Mosconi in her new book, The XX Brain, men typically have more of these muscle fibres, while women typically have more type 1 slow twitch fibres. Which is to say women usually benefit from doing more moderate endurance activities (long walks, swims or bike rides for example). Mosconi says this sort of exercise is particularly beneficial for the female metabolism (although studies suggest that, as we age, our fast twitch muscles decline, regardless of gender, which makes endurance or ‘long and slow’ beneficial for all of us).

If  women have more slow twitch fibres, and slow twitch fibres are more likely to be deficient in ACTN3, then it’s possible that women are more likely to be suited to cold water immersion. Which is certainly the case in my house: I rather like an icy soaking, while The Husband cannot countenance the merest whiff of cold.  One glimpse of Wim Hof in an ice bucket and he’s shivering uncontrollably.

But back to the Dutch study of earlier.  Even more compelling when it came to fending off illness was exercise. Those with plenty of movement in their lives caught the fewest (and least severe) colds – regardless of their iced showers (although the combination of exercise and cold shower was particularly effective resulting in a 54% reduction in sickness).

If you like cold water, carry on.  But if you don’t, be sure to keep moving. Because, if there’s one thing you can do for your immunity and your mood, it’s … stay active!

If you’ve had either good or bad experiences of wild swimming or hot-to-cold showering, please do share them…

« THE BODY ON GRIEF
BOOST THE COVID JAB (HOPEFULLY!) AND A FREE MASTERCLASS »