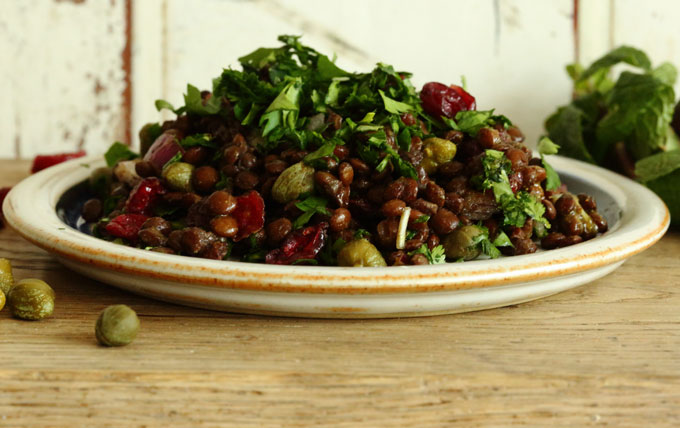 Just over a decade ago, I turned up at my Doctor’s surgery in tears.  I had two toddlers, was six months pregnant, had a cold I couldn’t shift and was working a sixty hour week – all on four hours of sleep a night. As I sobbed into a tissue, my mobile phone blinked and bleeped, reminding me of my to-do list that seemed to swell and grow by the hour.  Well, this weekend I finally got a diagnosis – I had Rushing Woman’s Syndrome.  And the chances are you know someone with it too.  The term was coined by Dr Libby Weaver in 2012 to describe what she sees as a crisis in women’s health.  According to Dr Libby, women are taking on too many responsibilities, to the detriment of their health.  We are, she says, tired and wired the whole time.  The tell-tale signs are all too familiar – poor short-term memory, insomnia, taking your phone to the loo, digestive problems, grumpiness, and so on.

Funnily enough, it’s one of the reasons we set up Kale & Cocoa.  Like us, Dr Libby believes diet is critical to good health.  Like us, she’s noticed a generation of women crushed between caring for young children, caring for elderly parents and in-laws, working long hours, running ever busier households, grappling with new technologies and increasing complexity, trying to look good, stay thin – and so forth.   You can Watch Dr Libby’s TEDx talk here https://www.youtube.com/watch?v=tJ0SME6Z9rw

Social media isn’t helping.  According to a January report on the impact of social media on stress, “it increases awareness of stressful events in the lives of others… for women, this greater awareness is tied to higher levels of stress.” Ah yes… the “cost of caring” … Speaking of caring, there are now 9.5 million people over the age of 65 in the UK – a number expected to double by 2050.  According to Professor Calvano – quoted in the March issue of the British Psychological Society Magazine –  “The growing number of elderly is having serious consequences for the wellbeing of family members.”  I have several friends looking after hospitalised parents (often many hours’ drive away) while also holding down full-time jobs and raising kids.

All this creates mental stress.  And it would appear that women respond to stress differently.  A report last autumn found that women exposed to mental stress were more likely than men to suffer myocardial ischemia – reduced blood flow to the heart as a result of artery blockage – and a higher incidence of early blood clotting.  Stress also induced more negative emotions in women than men.  Heart disease is already the biggest killer of women in the West.  Clearly, our physical response to stress isn’t helping our health …

Yeah, yeah, yeah, I hear you say.  We all know modern life is stressful and exhausting.  But what to do?  Doctor Libby says women have to learn to say no and to understand why we can’t say no (she suggests therapy to untangle complex relationships with fathers may be in order).  She says we have to make time for things like yoga or meditation (a study last year found meditation to be as helpful as anti-depressants for treating anxiety while a study this month found meditation to be a significant aid to maintaining cognitive health – so why aren’t we all meditating?), that we should reduce any alcohol and caffeine dependency, that we should make sleep a priority. But, music to our ears at Kale & Cocoa, she’s particularly vocal on the role of diet in countering Rushing Woman’s Syndrome, urging a high-plant diet with plenty of wholefoods.

The problem with being busy and rushing everywhere, is that it leaves little time to cook.  Which is why we like quick, easy recipes with ingredient lists that don’t leave us hyper-ventilating.  This week’s recipe is quite possibly the best lentil salad available in five minutes. I make it at least once a week, usually on a ‘Rushing’ day when the children have had beans on toast for supper and I need something to feed myself and Husband. Lentils, moreover, are a fantastic food for the heart.  Rich in magnesium, iron and B vitamins, they’re ideal if your stress levels are jeopardising your health (read more on the nutritional value of lentils here http://www.whfoods.com/genpage.php?tname=foodspice&dbid=52), as are cranberries.

I might add some of the following to make it a full meal (but don’t heat up the salad which is best at room temperature):

I buy large amounts of Merchant Gourmet pre-cooked Puy lentils, because I make this when I’m cooking on the hoof and don’t have time to boil them.  By all means go ahead and boil your own lentils – much cheaper too.

Mix the above ingredients together.  Then make the vinaigrette (this quantity makes enough for 2 salads) and pour half of it over the lentils (the remaining dressing will keep until the next time you make this salad):