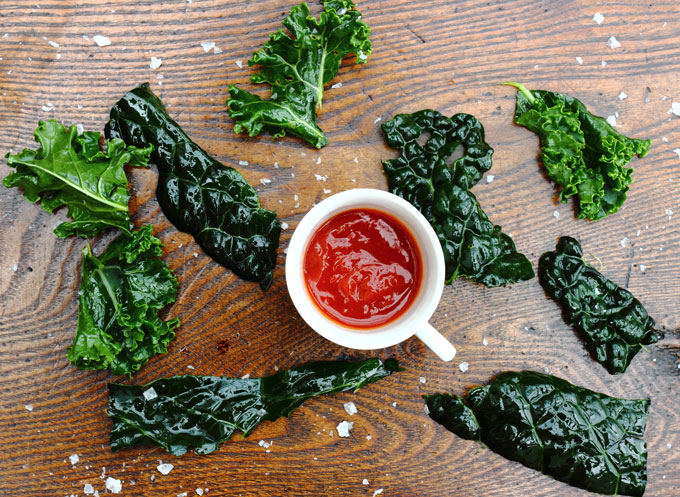 For those of you who think the off-spring of Ms’s Kale and Cocoa happily munch on spinach and lentils, let me put you right. They (mostly) don’t!  Like mothers everywhere, we cajole, bribe, threaten and despair.  But after sixteen years of feeding multiple children and reading multiple books and reports on the subject, I’ve made a few discoveries which render the ‘cooking-for-children’ experience relatively stress-free.

Having said that, research shows we can’t rest on our laurels – adult obesity (and the increased risk of chronic disease obesity brings) has been clearly linked to food preferences in the early years.  And the big news this week? McKinsey’s report into obesity, which they say, is already costing £1.3 trn each year  (if you missed it, catch up at www.bbc.co.uk/news/health-30122015). Scientists are adamant that eating habits developed when young, influence lifelong eating habits. So eating well to age well really does start in the cradle…

But – and here’s the good news – the single most important thing parents can do is eat healthily themselves.  A survey of 550 families found that parents’ fruit and vegetable consumption was the strongest predictor of a child’s later intake of those foods.  So if all else fails, relax and eat plenty of fruit and veg. (with visible enjoyment!)  in front of your children.

The second most important thing a parent can do is persevere.  Jamie Oliver said (during a turkey-twizzling episode of School Dinners) that after an average of twelve exposures most children ate his meals. Rather than give in and get out the fish fingers (again!), just keep exposing them to the meal you want them to eat. As one rather dry report put it: “It may take several exposures before children develop a liking for initially unfavourable foods.”  This report suggested 5-10 exposures before admitting defeat. And before you give up, try presenting the food differently (one study found children ate more fruit when it was boat-shaped than when it was cubed) or cooking it differently (my eldest daughter has a thing about texture so she refused to eat courgettes until I grated them and cooked them with lots of garlic!).

Research also shows that restricting desirable food can back-fire, increasing a child’s desire for it. Studies have found that children with very restrictive parents are more likely to be overweight in later life. Children whose parents were moderately restrictive were healthier than those with either very restrictive or very ‘diet-neglectful’ parents.  As so often, encouragement rather than pressure works best…

Other research findings show that when a vegetable is served as a first course, children typically eat 47% more of it.  So consider giving vegetable sticks and dips as a first course (our Kale Chips below could be just the thing).  And research just out from the University of Bath suggests that the best way to incentivise children to eat healthy food is by introducing competition and incentives. Read more here:  http://www.bath.ac.uk/research/news/2014/10/06/health-eating-schools/

Getting children to try different foods is half the battle. In our household, we’ve always held regular blind tastings.  I admit we don’t blind-taste lentils, but we’ve done brands of butter, varieties of apple and strawberry, types of honey, flavours of chocolate, ice cream, popcorn and different breads, to name a few.  Because this has always been a fun, family activity they’ve grown up thinking tasting is harmless. This doesn’t mean they like, or eat, everything but at least trying something new doesn’t faze them.

My other suggestions include: slipping superfoods into their favourite foods (I always put ground chia seeds into pancake batter, biscuit dough, fish cakes and crumble toppings for example, while Susan keeps cubes of spinach in her freezer and stirs them, unnoticed, into everything); reducing the number of rules surrounding mealtimes and eating with your children wherever possible; having meals that include fondues, chop sticks, tacos, decorate-your-own-pizza, multiple soup toppings etc; and, perhaps most importantly of all, getting your child cooking.  If you’re feeding a newborn, you could follow research out last week showing babies who have vegetable water mixed with their milk (apparently a French practice) eat more vegetables in later life.

This recipe came from a nutritionist-Mum at my daughter’s school  – it’s how I get my children eating kale.  Adults love it too, so I’ve suggested a spicy version below for the grown-ups.  And a sweet n’sour version that everyone likes…

The important thing with Kale Crisps is to lay them out in a single layer, otherwise you’ll end up with a soggy mass.  They should be dry not wet before you start (so if you feel the need to wash them, make sure you dry them well). Apparently they last for a week in an airtight container but I’ve not been able to test that – they go immediately in our house!

Heat the oven to 180.  Tear the stems from the kale and pull into pieces with your hands.  Put some parchment in a roasting tin, lay out the kale pieces, drizzle over the oil and sprinkle over the salt. Bake for 7 minutes, checking after 5 and removing any turning dark.  Leave to crisp up on a wire tray – and serve. With ketchup if you like…

Mix all the ingredients and toss the torn kale pieces in it (I use my hands to massage it in).  Spread them on a baking sheet, as above, and sprinkle with as much sea salt as you like (1-2 tsps should suffice, but Kale Crisps are meant to be salty so don’t hold back unless you’re on a low-sodium diet!)

Stir the spices into the olive oil.  Add the torn kale pieces and give it all a good stir with your hands.  Sprinkle over the salt and bake as above for 5-7 minutes.