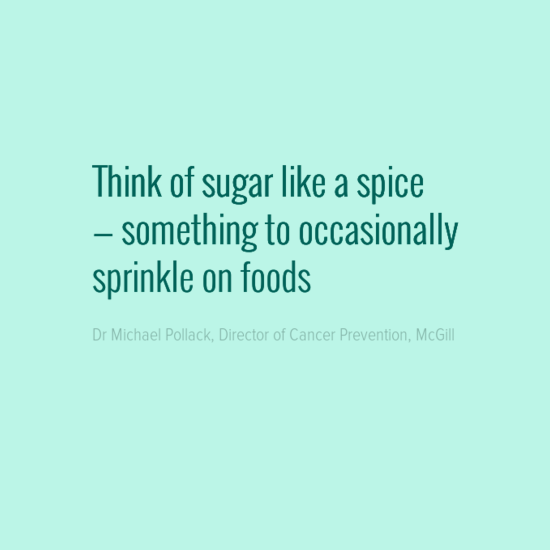 Never mind Black Friday, you know it’s nearly Christmas when the Quality Street and mince pies start circulating in the office. And don’t get me wrong – I’m rarely the person who says ‘No’ to a mid-afternoon sweet treat at this time of year. But we know that refined sugar is no friend to healthy ageing.

Refined sugar impacts every facet of our health.  And cancer, which devastates so many lives, is no exception.  A shocking report was published this week, which re-evaluates research done in Birmingham in the 1960s. The 50-year-old research appears to have uncovered a link between sugar intake and cancer (specifically, bladder cancer) but the initial research was funded by the Sugar Research Foundation. Funding was pulled when the sugar-cancer link was made and the findings were forgotten until now.  There could have been all sorts of reasons for this but isn’t it awful? Makes me very cross.

With that in mind, I’ve been researching sugar, diet  and cancer in recent days and these are five key points:

So the next time the Quality Street come round I’ll try to remember that while this is the season of sugar and spice, it’s time to start treating sugar itself as a spice.

« THESE NUTS COULD SAVE YOUR LIFE (YES, REALLY!)
HOW TO AVOID BOWEL CANCER & BEST EVER SQUASH SOUP »