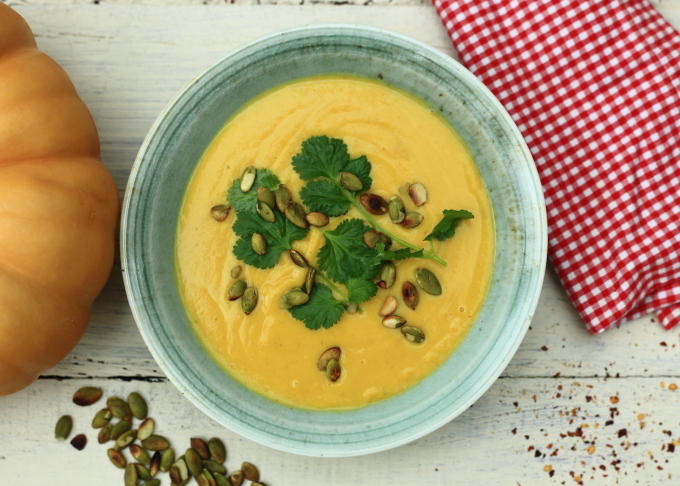 In my distant youth, I was a vegan.  Not for health reasons but for animal welfare reasons. Those were the days when there was no such thing as organic or free range.  The Body Shop (a British cruelty-free cosmetics chain) had recently opened in my home city of Brighton and the cruelties of factory farming were becoming increasingly apparent. I eventually gave up the vegan lifestyle.  Not because animal welfare had improved. But because my health had severely deteriorated after eight months of living (vegan-style) in India. I returned home as a bag of bones with intestines that barely functioned. Although I hadn’t eaten meat or dairy for over a year, there was one food I’d craved constantly. It was the first thing I ate when I returned to an omnivorous diet.  And yes, it was bacon!

However, various germs I’d picked up in India combined with decades of anti-biotics left me with an illness eventually diagnosed as Inflammatory Bowel Disease (IBD – not to be confused with IBS – is a chronic, incurable disease that affects more than five million people). I was told of the link between IBD and one of the most common cancers – colon/bowel cancer – and, although gastroenterologists and doctors insisted life style and diet made no difference, this didn’t feel right to me. Another decade followed in which I tried endless diets and read every book and gut report. Eventually the first reports appeared linking processed meat to gut conditions like colon cancer. My gastroenterologist persisted in telling me I could eat anything but I began to eat less and less processed meat, despite loving a plate of Italian salami and – of course – a bacon sarnie.

But the research continues to mount. And as bowel cancer is still the second most common cause of cancer-death, it’s worth considering a recent global study from the World Cancer Research Fund and the American Institute of Cancer Research which found that diet and lifestyle have a major role in preventing bowel cancer. This is a report worth taking seriously – it analysed 99 studies involving 29 million people of whom over 25% had bowel cancer. It found that:

But there were lots of positive and hopeful findings too:

Alice Bender, director of nutrition programs at the AICR, summarised by suggesting replacing refined grains with whole grains and eating mostly plant-based foods – the Kale & Cocoa diet, in other words.  The AICR estimates that 47 % of US cases of bowel cancer could be prevented if these changes were adopted by everyone.

When I see my gastro next month I’ll be asking him if he’s changed his tune about diet and IBD. Meanwhile, don’t forget that bowel cancer is one of the most successfully treatable cancers if diagnosed early. If you have any concerns (watch out for changes in bowel habits, blood in stools and/or persistent abdominal pain), go to your doctor immediately.

Lastly, if you’d like to enter the competition to celebrate our book deal and aren’t on social media, leave a comment on this post and we’ll add your name to the hat – to win a five-pack of my favourite sleep-inducing eye masks from www.spacemasks.com.

This autumn we’ve had a glut of squash. So I’ve been making Roast Squash Soup for the last three months. Easy and oh-so-delicious, this recipe also includes plenty of our favourite turmeric, making it perfect for anyone with an inflammatory condition like IBD. Top with lots of coriander, a squeeze of lemon juice and plenty of toasted pumpkin seeds for a hot meal-in-a-bowl.

Drizzle 1 tbsp olive oil or melted coconut oil over the squash slices. Sprinkle over the chili flakes, season and pop into a hot over (180 degrees) for 40 minutes or until soft and slightly browned at the tips. This can be done in advance and left in the fridge until you’re ready to complete the soup.

Heat the remaining tbsp. oil and quickly fry the onion and garlic until translucent/soft (5 mins).

Add the cumin and turmeric.

Then add the coconut milk, squash and stock/water and cook for 5-10 minutes.

Leave to cool, blitz in the blender, then serve with a good sprinkling of toasted pumpkin seeds, chopped coriander and a good squirt of lemon juice. Add a few slices of fresh red chili if you like a little more heat…