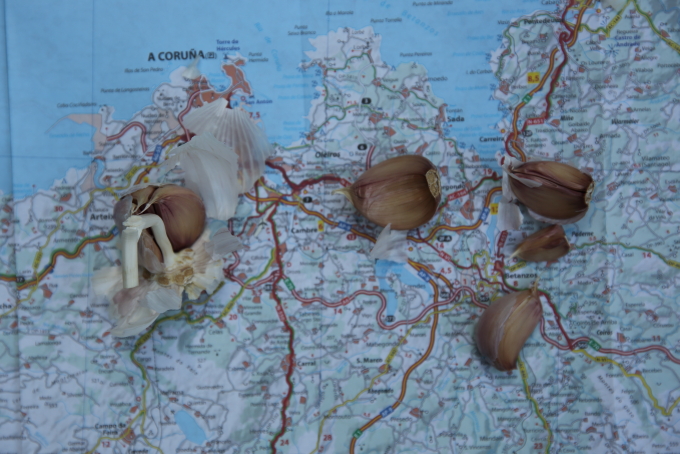 Yes an odd combination, but both of the above could help preserve our memories. And both are easy enough to do.

We all love the convenience and effortlessness of Google maps and any other digital map app or satellite navigation system we might be using. But a growing body of research suggests we may have been too hasty in ditching good old-fashioned maps for the latest technology. Last year, the writer, David Barrie, warned that our newfound reluctance to self-navigate was raising our risk of Alzheimer’s. The hippocampus is one of the first brain areas to deteriorate when dementia strikes, eating away at our ability to remember directions or to orient ourselves in space. Barrie believes that navigating is a vital part of building strength and resilience in the hippocampus and the entorhinal cortex (the part of the brain where Alzheimer’s is thought to start, and a critical hub for navigation and memory). After all, homo sapiens has spent millennia developing superb locational skills. When we’re following a red dot on a screen, all locational knowledge passes us by. It’s just too easy, says Barrie, who believes (as we do) that the brain is a muscle in constant need of exercise.

Now a new book, by the science journalist Michael Bond, adds grist to the mill. Bond believes we’re sleepwalking into a cognitive crisis – thanks to our enthusiasm for outsourcing navigation to our phones. He too believes Alzheimer’s to be a disease of orientation. A study published last week went further, identifying another brain area called the retrosplenial cortex, and two particular neurons, crucial for navigation. The authors wondered if damage to this part of the brain might lead to the spatial disorientation so common in those with Alzheimer’s.

So far scientists agree that we use three types of brain cell to navigate – direction cells, place cells and grid cells, all of which are constantly firing and sending information to the hippocampus and the entorhinal cortex, enabling our brains to place us in a sophisticated mental map. It’s an extraordinarily intricate and beautiful piece of engineering. And when it doesn’t work, life becomes confusing and terrifying. I know this, because my brain started misfiring a couple of years ago. I was on a bus and – for reasons no neurologist ever uncovered – the view from the window became oddly pixelated. Although I was within minutes of my home bus stop, suddenly I didn’t know where I was. I couldn’t recognise any landmarks. Somehow I got off the bus and found the street sign for my street. Nothing looked familiar but I could read – so I knew I was nearly home. But then I couldn’t recognise my house. At which point I began to panic. I was lost on my own street (where I had lived for twenty years), unable to recognise my own front door. I wandered around, going in and out of the wrong front gardens, heart thumping with fear. Long-time readers of this blog will recall that my brain then shut down completely and I fell into a short coma, cracking my head on the pavement in the process. I recovered. But the point is this: not being able to spatially locate yourself is terrifying. I never want to experience it again.

So. I went on a navigation course last year in the snow-bound Scottish mountains, where – perversely – our instructor got us so lost he had to resort to Google maps on his iPhone.   But before that we scrambled around with proper maps and compasses, counting steps, following contours and generally building the resilience of our hippocampi. Since then I’ve map-read my way through France, Scotland, Texas and New Mexico, researching my book-in-progress and using some of the techniques Michael Bond suggests in his new book (Wayfinding, published last week). These include exploring alone – which is particularly important for women. Bond believes women have been held back by not exploring enough on their own and by not being encouraged to roam freely in childhood.

Before I embarked on my recent programme of solo travel I always left map-reading and navigation to my husband. Always. Yes, sexist I know. And lazy. But he was so much better at it than I was. Or so I thought. Until I went to a lecture by Professor Gina Rippon on The Gendered Brain (see her book of the same title). She used recent research to turn all this gendered nonsense on its head, proving that women are born with identical navigational capacities – which languish un-nourished, thus becoming a self-fulfilling prophesy.

Walking on my own prevents me delegating the map-reading. I’m too embarrassed to admit how often I’ve been lost. But I’ve always made it home… eventually.

Another navigational technique I’m practising is this: paying close attention to my surroundings, and mentally logging landmarks as I pass them. This is a good brain and memory exercise whether or not you’re navigating. As Michael Bond points out, experienced navigators (like London’s black cab drivers) have a larger hippocampus and suffer less from dementia. To which I’ll add that women typically do less navigation and are more likely to develop Alzheimer’s. Correlation, causation or coincidence? Who knows, but if you’ve any spare time this week why not head out somewhere new (with a map, and your phone turned off) and exercise your brain and your body in one fell swoop?

So. On to garlic. This study involved mice not people, but as garlic is cheap and delicious I’m hoping the same results might be found in humans. Like map-reading, it won’t hurt you. Anyway, mice fed garlic were found to have improved memories and improved spatial recall. The authors think that consuming garlic helps counteract age-related changes in gut bacteria associated with memory problems. The magic ingredient is allyl sulfide, a compound in garlic (and onions and chives) known for its health benefits.

We know the gut contains trillions of microorganisms collectively known as our microbiota. We also know that our microbiota declines as we age. This study found that when allyl sulfide was fed to mice that were 24 months old (the equivalent of 56 – 69 years in humans) they showed better long-term and short-term memory and healthier gut bacteria than the non-garlic-consuming mice. Spatial memory also declined in the mice not receiving garlic. How on earth can garlic impact the entorhinal cortex?

The researchers aren’t sure, but suspect allyl sulphide restores gut bacteria by producing hydrogen sulfide gas, a messenger molecule that dampens inflammation in the gut. Somehow, this effects the part of the brain responsible for memory, including spatial memory. Clearly the gut-brain axis is infinitely more complicated than was ever imagined.

Want to improve your navigation skills? A short piece here might help.

So. Grab some garlic/onions and an ordnance survey map. Take a bus or train somewhere. Get off and walk home using only your map. You’ll be surprised how much fun it is. Let us know how you get on.

« HOW VALENTINE’S DAY CAN HELP YOU AGE WELL
AGEING WELL, STAYING POSITIVE AND THE CORONA VIRUS »