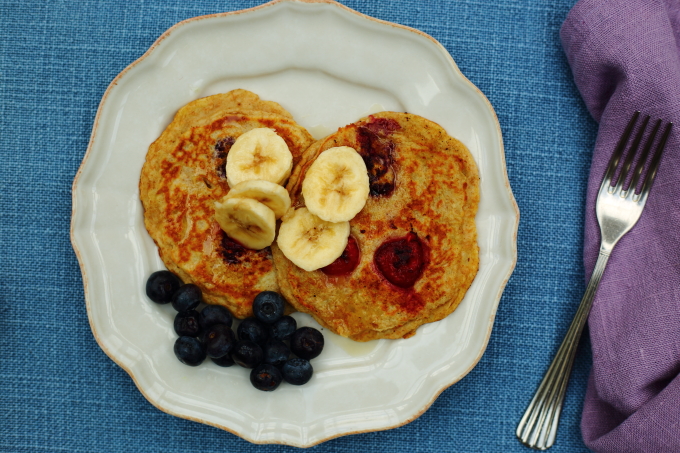 It’s official – middle-aged Britons have cut their risk of developing dementia by 22%. A report from Cambridge University identifies healthy eating, increased exercise and not smoking as the critical factors.  Apparently the life style changes made by so many of us, from middle-age onwards, have resulted in an annual 200-300,000 fewer cases of dementia.

The findings were presented at this week’s American Association for the Advancement of Science annual meeting, by Professor Brayne (how’s that for a name?) who says the same results are being found across Europe.  She argues that we’re fighting the dementia battle better than could ever have been predicted – and that the forecasted dementia epidemic may never materialise. We think this is fantastic news.  We particularly like Professor Brayne’s subsequent call on the Government to earmark some of its dementia-care budget for dementia prevention campaigns. Because prevention works.  Another reason we’re fully behind Jamie Oliver’s call for a sugar tax. Prevention is, of course, one of the reasons we set up our blog.

I’m celebrating by planting some more blackcurrant bushes.  Now is the perfect time – and if you get a bush planted in the next fortnight you can expect a crop of 4-5 kg of blackcurrants this summer.  They’re very easy to grow, very low maintenance (I do nothing to mine), and can be grown in containers if you have no space. But more importantly they’re hugely nutritious – with particular impact on the brain.

New research shows that blackcurrants rival blueberries and blackberries when it comes to brain health. A study in the Journal of Functional Foods found that blackcurrants improved mood and cognitive health, thanks to their high levels of anthocyanins – plant pigments with antioxidant, antibacterial, anticancer, and antidiabetic properties.  All the study participants were given either blackcurrant juice or a placebo and then asked to perform a series of cognitive tests.  Those taking blackcurrant juice performed better in terms of mental performance, mental fatigue, and attention.  They also felt happier – something attributed to the way blackcurrants stop dopamine and serotonin breaking down.

Although the humble blackcurrant may make us cleverer, more mentally alert and happier, it’s not an easy fruit to find.  In the US, it’s still rarely grown.  In the UK, small and expensive punnets are sometimes available in the supermarket during summer.  However, blackcurrants freeze brilliantly. And for those of you with childhood memories of small sour fruits in need of laborious topping and tailing, let me reassure you that times have changed. I rarely sweeten my blackcurrants and if I do, it’s with Acacia honey not sugar.  And I never (repeat, never) top or tail. We pull them from the bush straight into freezer bags – and they go direct to the freezer.

So, in the name of dementia prevention, get to your local garden centre (now) and buy yourself a bush.  There are many different varieties but this year I’m growing Big Ben, a new breed producing large, sweet berries that can be eaten straight from the bush.  You can read about the various varieties of blackcurrant here http://www.gardenfocused.co.uk/fruitarticles/blackcurrants/variety-big-ben.php

We’ve been eating a lot of pancakes this winter.  Last year we ate porridge pancakes regularly, but this year I’ve switched to chia seed, banana and berry pancakes, often throwing in a small handful of frozen blackcurrants to ring the changes.  What I like about these pancakes is the cunningly concealed milled chia seeds which my children unsuspectingly gobble up.  They also contain fruit so can be eaten with nothing more than a dollop of yogurt.  By all means add extra banana slices and berries if you like.

The mixture takes two minutes to wiz up. This quantity will feed eight – perfect for a Saturday morning when you have a house full of sleep-over kids.  Or you can keep it in the fridge, adding fruit each morning, and spooning it out as required. Hey presto – breakfast sorted.

Put all the above ingredients in the food processor for a minute until well mixed. If you’re not using all the mixture, take out what you need and refrigerate the rest.

If you’re using it all, add 2 mashed bananas and as many frozen raspberries, blueberries or blackcurrants as you like (allow 4-5 per pancake).  Frozen really do work better than fresh in these pancakes.

Heat 1 tbsp coconut oil and when it’s hot, start dropping in spoonfuls of the mixture.  The pancakes can be any size you like but for ease of flipping, I usually make them about 6-8 cm in diameter.

Cook for 2-3 minutes until cooked all the way through, turning once.

Serve with yogurt and extra fruit if you like.

« FIGHTING BACK AGAINST CANCER, AND A FAMILY RECIPE
INFLAMMATION, TURMERIC AND A SIMPLE FISH CURRY RECIPE »