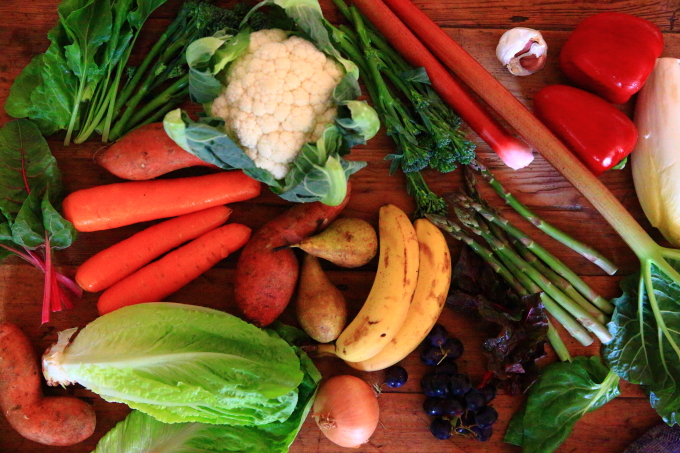 What difficult and uncertain times these are… Like all of us, I’m worried about family, friends, and colleagues – both near and far away. But while this cruel pandemic requires us to put distance between ourselves, it’s also a poignant reminder of how close we all are as humans and as a global community. In spite of the need for social distance and separation, I feel closer than ever to my fellow men and women. Struggling through this shared experience of uncertainty, anxiety and fear, will – I believe – leave us stronger, kinder, more compassionate and more grateful.

But that’s the future. And we’re not there yet. While uncertainty and fear are an inevitable reaction to the pandemic, it’s hugely important that we refuse to become their slaves. Panic and anxiety fuel two of the very things that most weaken our immune systems: stress and insomnia.

With no current cure or vaccine, we only have two weapons at our disposal:

If, like my family, you’re now on lock-down with your parks and green spaces closed, exercising is more challenging. But it’s also crucially important. To be immunologically fit you need to be physically fit, according to Professor Arne Akbar, the president of the British Society for Immunology and a professor at University College, London (quoted courtesy of The Guardian). “White blood cells can be quite sedentary,” says Akbar. “Exercise mobilises them by increasing your blood flow, so they can do their surveillance jobs and seek and destroy in other parts of the body.”

Research on mice suggests that those doing moderate exercise of 20-30 minutes a day during the incubation period (that’s the time between getting infected and showing symptoms) were more likely to survive than both sedentary mice and vigorously exercising mice. But that’s mice … how about people? A study carried out during the 1998 flu outbreak in Hong Kong found that those doing no exercise and those doing five days of strenuous exercise were at greatest risk of dying. Again, it’s moderate exercise that appears to be most protective, not exercising to break-point.

I’m jogging every other day, using my turbo-charged anxiety as fuel. But to keep my social distance I’m running at dawn (which was 5.30 this morning and upliftingly beautiful). This has the additional benefit of providing a sound-track: the dawn chorus. Birdsong is calming and life-enhancing, another of nature’s gifts. A recent study from Kings College London found that city-dwellers gained an emotional boost from birdsong that lasted up to four hours.

I’m also smiling and waving at anyone I pass – at a distance of two metres of course – although I didn’t pass many at the crack of dawn today. We know that smiling and laughing are small but mighty tools in our fight against disease, and wrote about it here.

Ten minutes of nature has been shown to improve our sense of well-being, so I’m trying to jog – where possible – alongside a few trees or beside the River Thames. We’ve written about the benefits of nature before (here and here), as well as the calming influence of being beside water. For those of you lucky to have access to unpeopled green space, make the most of it. From the concrete bowels of London, I, for one, am deeply envious!

Being physically strong provides more than enhanced immunological fitness. It helps us sleep better. And we know that an exhausted body is infinitely more susceptible to viral infection. Exercise also sucks up stress, excess anxiety and anguish that otherwise have nowhere to go – eventually flooding our bodies with cortisol which eats away at our immunity.

So I’m also continuing to do 10 minutes of weights every day. The point is to preserve strength, rather than to build it. Again, there are lots of short strength-building classes online. Otherwise grab a set of weights – or tins of baked beans – and devise a routine that includes bicep curls, shoulder raises, tricep lifts, squats, lunges and a plank-for-as-long-as-you-can-hold-it. There are more ideas for online classes and apps here.

Worried you can’t do much? “Anything’s better than nothing,” says Akbar. Just get up and move as often as you can. Dancing is particularly good, as we explained in our book. Try posting your dance moves on tiktok and sharing them with your not-so-near and dear. According to my 17-year old daughter, tiktok is the only thing keeping her sane while under house arrest. We’re posting daily clips (at @annabelabbs) to keep our morale up.

A quick cull of recent blog posts from my favourite doctors means that I’m also:

Eating plenty of fruit and vegetables rich in Vitamin C, A and immune-busting phytonutrients. One of my favourite bloggers, Dr Mark Hyman, last week advised 2 servings of fruits and 8 or more servings of vegetables (a serving is half an American cup). You can read his full post on building immunity here.

Continuing with Zinc supplementation. As we wrote in our book, zinc is one of the few supplements proven to work. Include it in your diet with oysters and shellfish, nuts, meat, dairy and pulses.

Watching my intake of protein. Again, I’m quoting Dr Hyman…’Protein is critical for immune function and protein malnutrition is a big risk factor for death from infections. Eat approximately 1 gram per kg or about half your body weight in grams of protein a day, or about two four-ounce servings of organic, clean animal protein.’

Suggesting a Vitamin C supplement of 2-5 g daily to family with impaired health. You can read another of my favourite medical bloggers, Doctor Malcom Kendrick, on the subject of Vitamin C (and Corona in general) here.

Including garlic with just about everything. Garlic contains Allicin, known to boost our white blood cells when they respond to an invasion. Most of our recipes include garlic but this soup is a favourite of mine.

I’ve also cut right back on alcohol, much though I’d love a regular drink it’s a known depleter of numerous vitamins and minerals, including B12 and zinc.

I’ve started listening to more music, after a report out last week found this improves heart health and reduces stress. Patients who suffered episodes of chest pain soon after a heart attack, known as early post-infarction angina, had significantly lower levels of anxiety and pain if they listened to music for 30 minutes a day, according to this study from University of Belgrade School of Medicine. In fact the patients who listened to ‘soothing’ music (of their choice) had, on average, anxiety scores one-third lower than those on standard treatment. They also had significantly lower rates of certain heart conditions, including an 18% reduction in the rate of heart failure; 23% lower rate of subsequent heart attack; 20% lower rate of needing coronary artery bypass graft surgery; and 16% lower rate of cardiac death. That’s impressive!

As the Corona Virus affects those with underlying heart conditions, I feel this is an important study, as well as being cheap and easy to execute. I’ve been listening to the music of composer, Frederick Delius, with my (almost) undivided attention (when I’m not tik-toking to 1970s disco, that is).

Keep eating well, keep exercising, stay upbeat. Listen to music and birdsong, learn a new language, use technology to stay in touch with friends and family, help out where you can. One day this will be over…

« AGEING WELL, STAYING POSITIVE AND THE CORONA VIRUS
SLEEP IN THE TIME OF CORONA »