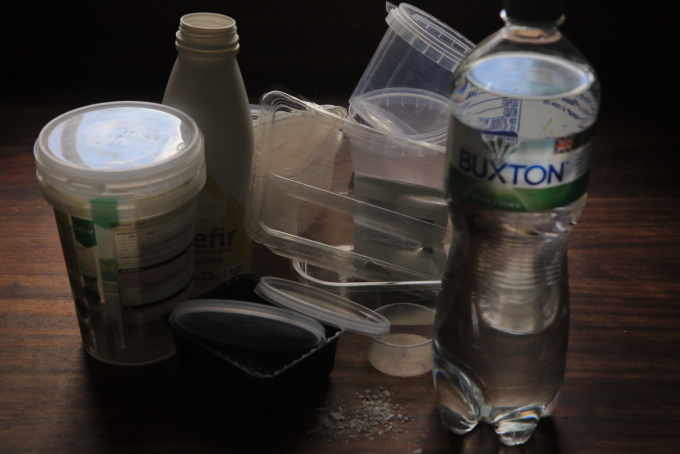 Thank you to everyone who joined our webinar last night.  For those of you that missed it, here’s the link to the replay. You’ll see Susan and I discussing the many different ways of walking and how they benefit us, the challenges of ancestral eating, and the weird and wonderful things we’re currently experimenting with – from Ashwaganda to weighted blankets. But now for something completely different…

A year ago, I read and re-read an excellent article on human consumption of micro and nanoplastics, published in the highly regarded Nature magazine. It was clear – back then – that some researchers were already worried about our escalating exposure to plastic pollution. But others were less worried.  Indeed, the jury was out.  And researchers were still mulling just how efficiently (or not) the human body was excreting all this plastic. Since then several new studies have been published.  And it appears that the mood – in terms of human health – is changing.

A report out last week confirmed that plastic has now been found in human blood.  In this study 22 healthy volunteers had their blood tested for plastics. 17 of the volunteers had tiny pieces circulating in their bloodstreams. Prior to this, some researchers rather hoped our liver and gut could quickly get rid of the stuff.  If particles are in our blood, then they may be able to penetrate our organs, and possibly, cross the blood-brain barrier to our brains.

Two days before this report, another study into microplastics and health was published. This report  found an average of five grams of plastic particles, per week, entering each of our gastrointestinal tracts. Which is to say that each one of us is unknowingly consuming a credit card’s weight of plastic every week. Annually, that’s the equivalent of eating 52 credit cards.

And yesterday it was confirmed that microplastics have been found deep in the lungs of 11 out of a 13-strong sample of humans – with a dozen types of plastic showing up, including polyethylene (found in plastic bags), resin (from paint and tyres) and nylon (from clothing). Clearly we are inhaling plastic. The authors of this study were taken aback at the size of particles – which should, by rights, have been filtered out long before reaching lung tissue.

But should we be worried?

In terms of the environment, absolutely we should be worried. We’ve all heard David Attenborough’s pleas to use less plastic. I’m not sure it’s been fully heeded: I’m currently writing this in a hotel which still has shampoo in little plastic bottles and plastic water bottles in the mini bar.

But what about our personal health? Could plastic be harmless, like dust or sand?

The study cited above identified microplastics passing through the gut and altering the composition of our microbiome. Researchers now believe the plastic-altered microbiome is linked to certain diseases including diabetes, obesity and chronic liver disease.

They also think that microplastics might be moving from our microbiome into our gut tissue, from where they could be influencing our immune system and our levels of inflammation.  Some researchers now speculate that nanoplastics (the minuscule specks of plastic invisible to the naked eye) could influence the biochemical processes that lead to cancerous tumours.

Other researchers worry that such an additional burden may be too much for those of us already living with a chronic disease, or for those of us suffering from excessive stress.  Both stress and chronic disease mean we are already not functioning at our best, often with malfunctioning guts and compromised microbiomes.  A plastic burden could tip the physiological scales.

But ageing also leaves us weakened… and older people will already have potentially accrued greater amounts of plastic. So why no mention of ageing?

A pioneering study published back in December 2021 found that excessive plastic ingestion affects us at a cellular level, particularly when the microplastics are irregularly shaped – these particles were the most harmful with the potential to kill healthy cells.

So what’s the difference between a nanoplastic and a microplastic particle? It’s this: nanoplastics are smaller than 0.001 millimetre in size, while microplastics range from 0.001 to 5 millimetres. Nanoparticles are so small it’s almost impossible for scientists to track and trace them, which is why we still don’t know how they’ll affect us.

And how are these fragments of plastic finding their way into our gut, lungs, tissues and blood? Some of the biggest offenders are thought to be:

Seafood (which ingest plastic from the ocean). A recent report found the worst offenders to be mussels, oysters and scallops – particularly those from Asia.

Sea salt (which includes tiny specks of plastic from the ocean)

Water (and indeed any food or drink) that comes in plastic containers. According to one study, anyone drinking the recommended daily 1.5 – 2 litres of water from plastic bottles swallows around 90,000 plastic particles per year, merely from their water. Switching to tap water cuts this load by 50,000 plastic particles a year.

The laundry of synthetic clothing which leaves nanoplastics in the household air we breathe.

Heating processes (never microwave in plastic, never put anything hot into plastic) which change the composition of plastic, causing it to leach hundreds of chemicals.

So. We still don’t know whether micro and nanoplastics can harm us.  We don’t know what levels might be safe or dangerous. We don’t know how plastic chemicals might interact with air pollution or anything else for that matter. Nor do we know whether certain people might be more or less vulnerable to the effects of plastic pollution.  But this sudden spate of studies suggests we might be reaching a tipping point.  Could plastic be the new smoking?  In all honesty, we just don’t know…

In April last year The European Commission’s chief scientific advisers said ‘The evidence [on the environmental and health risks of microplastics] provides grounds for genuine concern and for precaution to be exercised.’  I suspect – although I could be wrong – that we’ll see more and more reports linking certain health conditions to plastic pollution. We’ll keep you posted. But in the meantime we’d suggest limiting your exposure to plastics wherever possible.

I’ve been trying to cut down my use of plastics for some time now.  Moving to zero-plastic is surprisingly difficult (plastic is absolutely everywhere), so I’ve done it bit by bit.  The first thing to go from my shopping basket were plastic bottles of water, followed by cling film and rolls of blue plastic bags.  That was a few years ago and since then I’ve made other changes (although it’s still a work in progress and I’m frequently caught out, as I was earlier today when I went out to buy tea for my hotel room and could only buy tea bags). Here are the other things I’m doing, in case you’re interested:

And – right now – I’m emailing the hotel I’m in to suggest they stop giving out little bottles of shampoo and single use plastic water bottles.

Do you have any suggestions for cutting down on plastics? We’d love to hear your tips for reducing the amount of plastics we ingest…

And if the prospect of greening your lifestyle seems overwhelming, this week’s The Conversation included an interesting article on why greener lives could improve our mood as much as our health (and the planet). You can read the report on which the article is based here. Yes, going green can make us feel good regardless of the challenges.

PS I’ll be in Australia on book business for the next few weeks.  If you’re down under, please come and find me in Brisbane where I’ll be talking about my writing here.  Or in some of Sydney’s bookshops – watch this space!

« A conversation, and cultivate awe for better brain health
A ‘longevity library’, and Easter recipes »