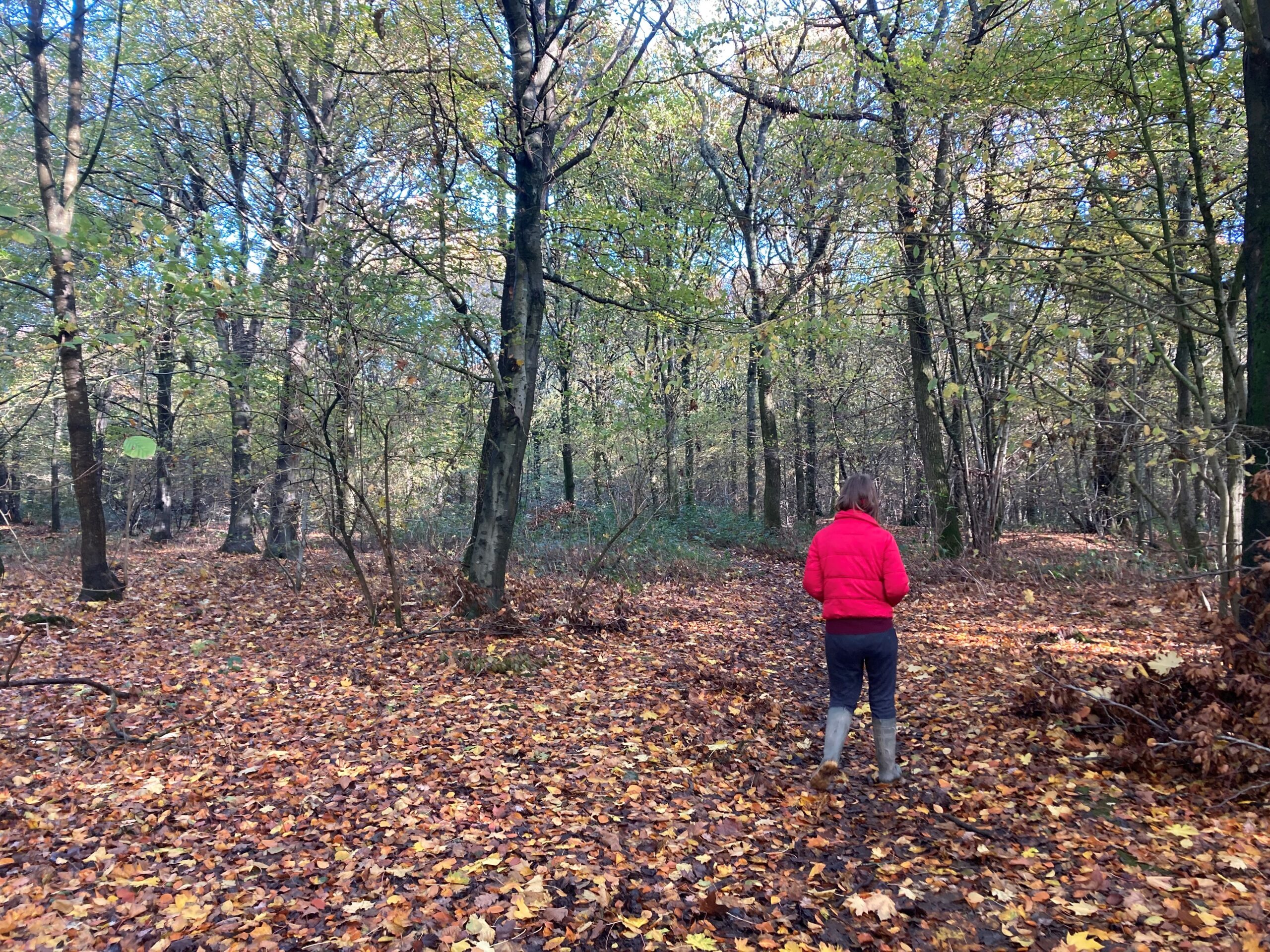 I love walking at this time of year (which is winter in the UK, apologies to those of you in the southern hemisphere).  The moody grey skies, the rain with its proliferation of perfume, dark afternoons when we can peer into other people’s lamp-lit homes, the chance to be outside – sweat-free with tingling cheeks – at a time when we’re mostly indoors… What’s not to love?

Knowing there are also innumerable brain-and-body benefits to walking in wintry conditions can nudge us into getting out in the wildest and bleakest of weathers.  I covered a few of the lesser-known benefits of winter walking in my recent article in The Observer and Guardian.

When I visited the Arctic Circle in December last year, I was particularly inspired by the Norwegian women who hiked up frozen mountains, often alone, frequently in the dark. Norwegians walked, whatever the weather. They also kayaked in the dark, and cross-country ski’d through blizzards and gales. They have a word for embracing the winter outdoors: friluftsliv (pronounced ‘free-loofts-liv’), which translates roughly as ‘open-air living’. It’s a way of life we (all) lived with for millennia. And it’s nothing like the Danish hygge tradition of holing up with candles and cocoa!

As I clambered up and down mountains in darkness and ice, I pondered our (more southerly) reluctance to step out in filthy weather and decided it could be one of the biggest impediments to ageing well.  Instead of venturing out on foot, we sit indoors in artificial light, breathing stale air – feeling gloomy.

We’ve written recently about the benefits of a walk after supper for digestion and curbing blood sugar spikes, and we’ve often mentioned the benefits of walking in morning light, in order to set our body clock for the day and sleep better at night. This very new understanding of when best to exercise has a name: chronoactivity.  It’s another factor for consideration as we think about how long/how frequently and how intensely to move or walk.

Recently, researchers discovered an optimum time of day for walking (and exercising) in order to lower our risk of heart disease and stroke: between 8am and 11am.

This study of over 86,000 people (aged 42 – 76) over six years showed the same result regardless of differing chronobiologies  – larks and owls benefited equally from morning movement. For reasons we don’t yet understand, the average heart appears to be more receptive to active mornings.

But those who managed to walk or exercise twice in a morning (early and late morning) reaped the greatest rewards of all. Particularly if they were women.  These were the people with the lowest chance of heart disease or stroke.

Of course, two morning walks isn’t always possible. But for those with flexibility, walking at 8 or 9am and then at midday sounds a very pleasant way to help keep cardiovascular disease at bay. But is this report worth the paper it’s written on?

Earlier studies have also associated morning exercise with improved metabolic (cardio) health. But there again, other studies have come to slightly different conclusions, with some finding that evening exercise leads to lower blood pressure and better heart rate recovery.  Another study found that – for diabetic men – afternoon exercise was best for improving blood glucose levels (while mornings were the worst time).

Which means that there’s only one thing we can be absolutely sure of: movement during the day (please note that exercising between the hours of 12 am and 6 am was associated with higher risks of heart disease and stroke) is spectacularly good for us, whoever and wherever we are. Ideally outside. Preferably twice a day. Make it the morning if you can, if you’re female, or if you have a genetic predisposition to heart disease or stroke. Incidentally, a report that has just dropped into my in-box reveals that how much activity we do in a day appears to determine how alert we feel the following morning…  so if you have something challenging to do, take plenty of exercise or a long walk the day before you do it.

Either way, let the Norwegian concept of friluftsliv inspire you to get outside.  If you’re concerned about slipping, use a pair of walking poles.  And if it’s icy, invest in a pair of crampons. In Norway I walked with metal crampons fitted over my walking boots. They were a revelation – no more slipping and sliding on black ice and frozen snow.

There’s only one impediment to the delights of winter walking – being cold and wet.  Ask Father Christmas to bring you good thick socks, waterproof boots with good treads, a waterproof, windproof coat with a peaked hood, a pair of waterproof trousers and a snug pair of gloves. I like a head torch with a red light for dark country strolls.

Wondering when to do your weight-lifting? Studies suggest that afternoon and evening are best for lifting weights or doing resistance work. Our muscles increase in strength during the day, so that by the afternoon/evening, they are at peak fortitude, enabling us to lift more, for longer. Which means – very simply – that we build muscle more effectively and efficiently, and with less perceived effort, towards the end of the day. Studies indicate that this might be even more marked for women.

Having said all this, the most important thing is simply to move, lift, and repeat. So find a time that works for you.  Pop a resistance band in your pocket and your afternoon walk can double up as both cardio and endurance.

Interestingly, a recent meta-analysis (that’s a study of studies) found that the best nights of sleep came after a long walk combined with some resistance work. I’ll leave you with a quote from the researchers: ‘endurance training combined with walking was the most effective type of exercise to improve sleep quality in the context of insomnia. For optimal outcomes, we recommend exercising for 40–60 minutes, 2–7 times per week.’

If you want to know more about how to cultivate a Norwegian love of the winter outdoors, you could listen to this fascinating podcast on the Norwegian winter mindset.

As it happens, the Norwegians have been voted – for the tenth year running – one of the most contented nations on earth.  Could their enthusiasm for the dark and cold play a part?

Wishing you all a wondrous, active winter!

« Getting enough calcium? And other ways to help your bones age well
Bones, muscles and Age-Well Christmas recipes »